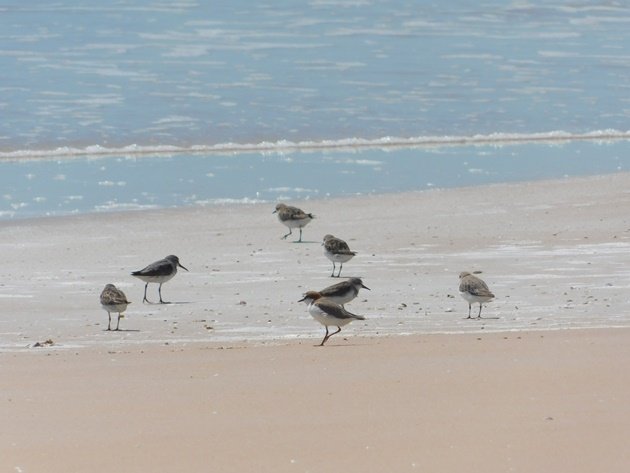 September is always an interesting month as we observe the shorebirds return to Broome from their northerly migration. The shorebirds gather on Cable Beach from around two hours before until two hours after high tide. The variety of shorebirds among the flock enables you to encounter several species quite easily, but sometimes there is an odd shorebird that stands out among the flock. Last week I shared the first encounter with a Little Curlew on Cable Beach returning from migration. Little Curlew have continued to increase in numbers over the week as have all of the migratory shorebirds.

Broad-billed Sandpiper on the right with three Red-necked Stint 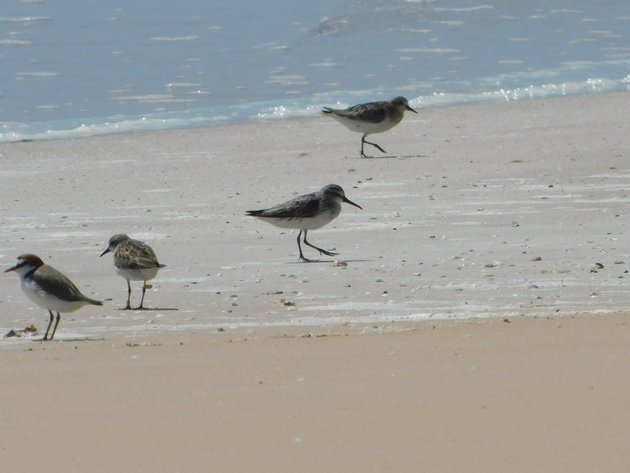 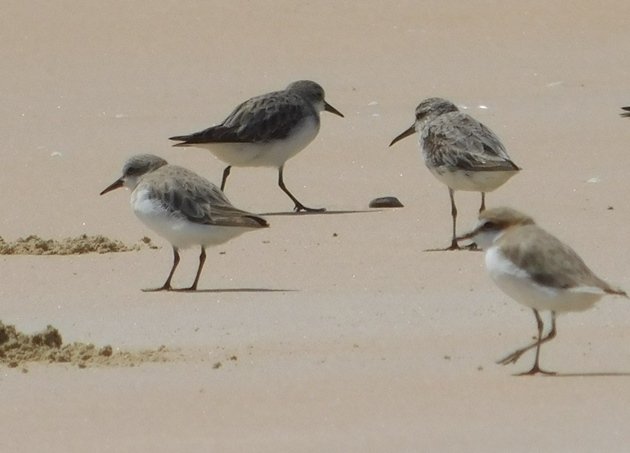 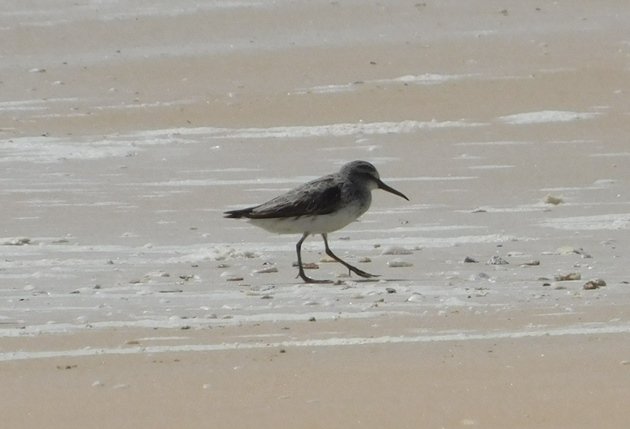 Although Broad-billed Sandpipers are one of many shorebirds found around the Broome coastline they are one of the harder species to photograph. They are often hidden among the other shorebirds and so I was delighted to finally capture one with my camera on Cable Beach recently. 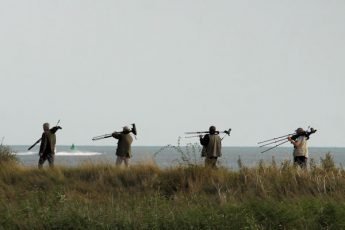 Where Are You Birding this Third Weekend of March 2009?