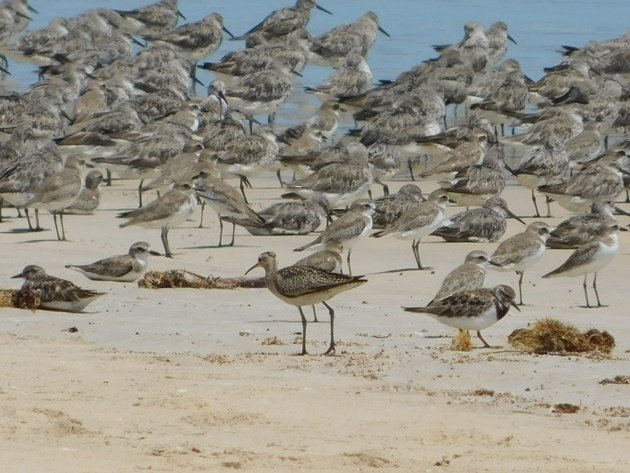 Each year at the beginning of September we start to keep an eye out for the return of the Little Curlew-Numenius minutus from their northern migration. Little Curlew are often observed on Broome’s Sport Ovals prior to and after their migration. Having checked the various ovals I was back down on Cable Beach having one of our regular walks.  There was a huge flock of shorebirds roosting on high tide on 16th September around midday. I had the beach to myself as is often the case and raised my binoculars to observe a lone Little Curlew at the back of the flock of shorebirds.

In the header photo you can see the Little Curlew at the back of the flock. The other shorebirds present were Ruddy Turnstone, Great Knot, Greater Sand Plovers, Lesser Sand Plovers, Terek Sandpipers, Grey-tailed Tattlers, Sanderling, Red-necked Stint, Curlew Sandpipers and our resident Red-capped Plovers.  As the tide receded the Little Curlew began to feed among the shorebirds. 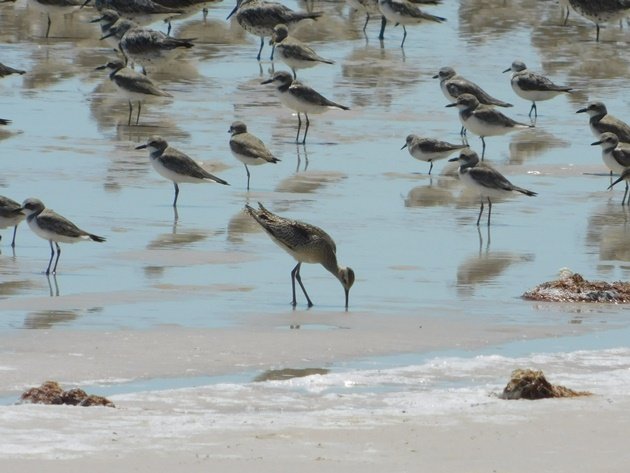 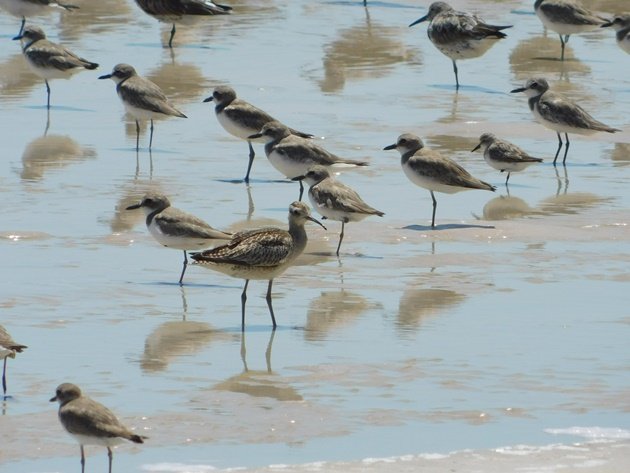 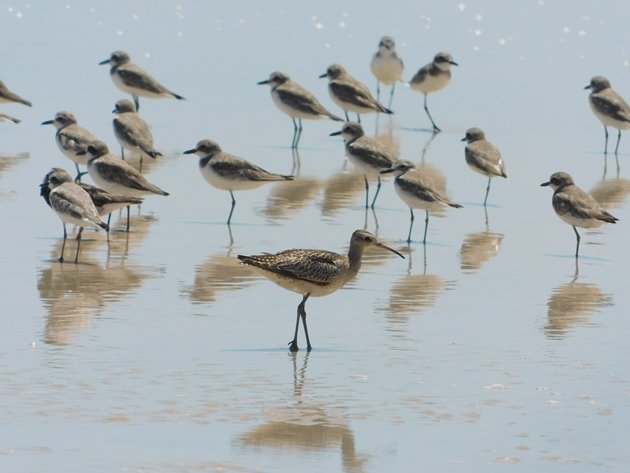 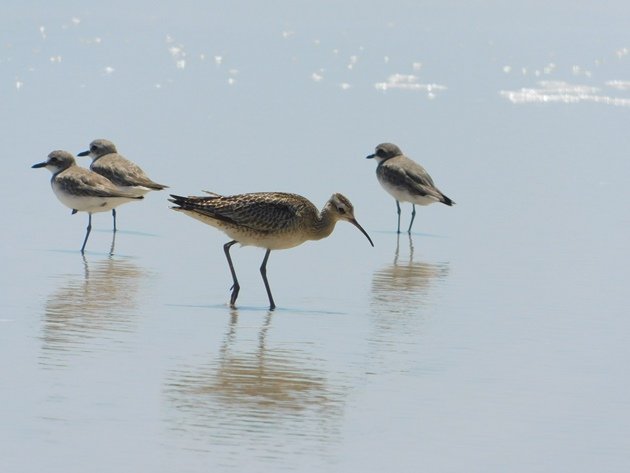 Little Curlew feeding among the shorebirds

I was quite content observing the shorebirds after high tide. The birds are always more relaxed once the tide has turned and they are no longer being pushed up the beach. Several of the shorebirds began to preen including the Little Curlew. 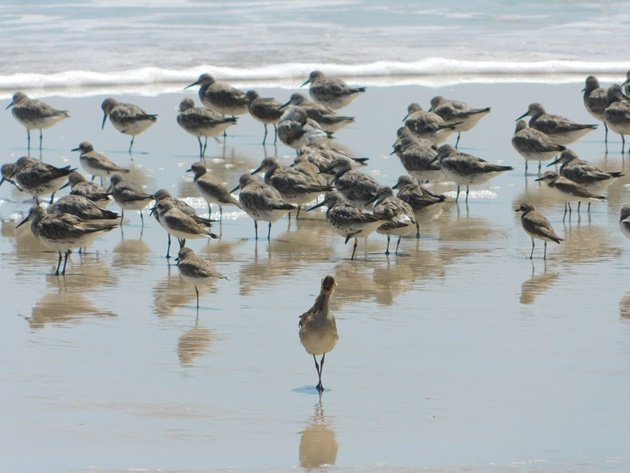 Compared to the relatively dull plumage of the recently returned Greater Sand Plovers the Little Curlew really stands out. The plumage offers shades of “brown” rather than the “grey” of shorebirds and the colour on the fringes of the feathers really stands out in the photo below. 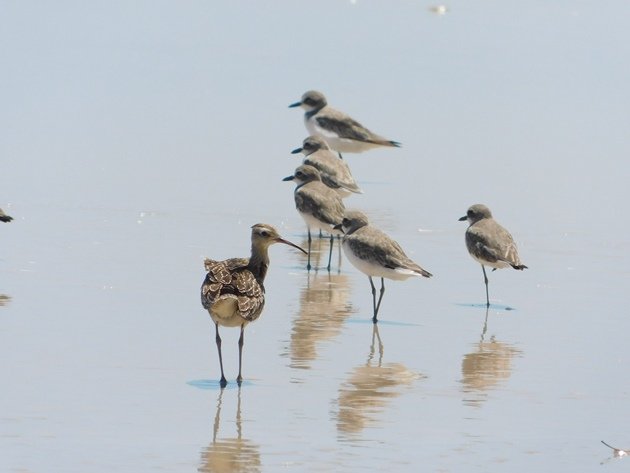 The Little Curlew moved to the high tide line and began to rummage among the seaweed that had washed up over recent days. A Greater Sand Plover had chosen to roost in the seaweed, whilst another just lay on the wet sand. You can see the variation in the plumage of the recently returned Curlew Sandpipers in the photo below. One of the Curlew Sandpipers still has quite a lot of breeding plumage across its breast feathers. 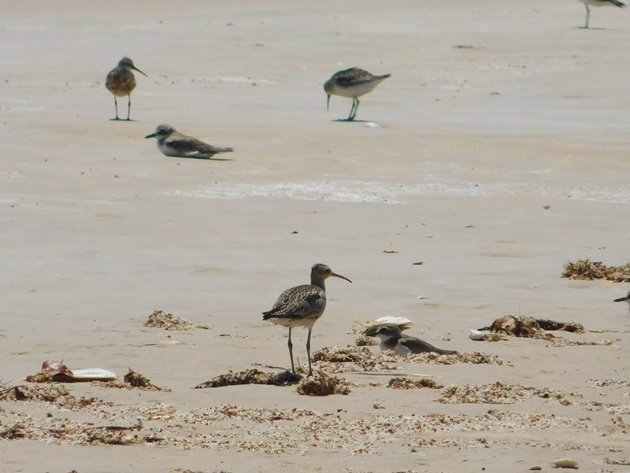 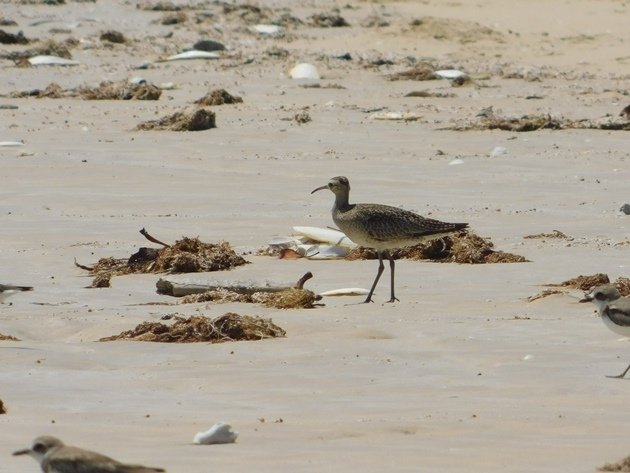 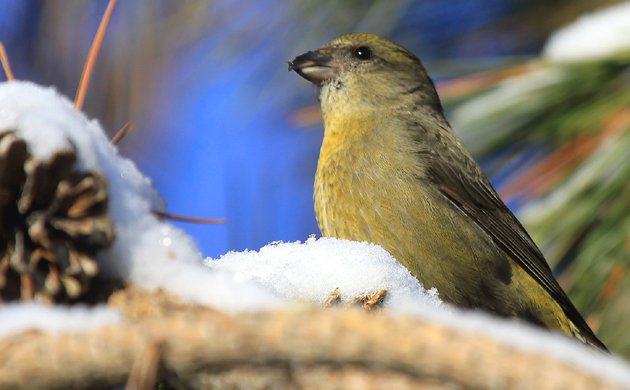 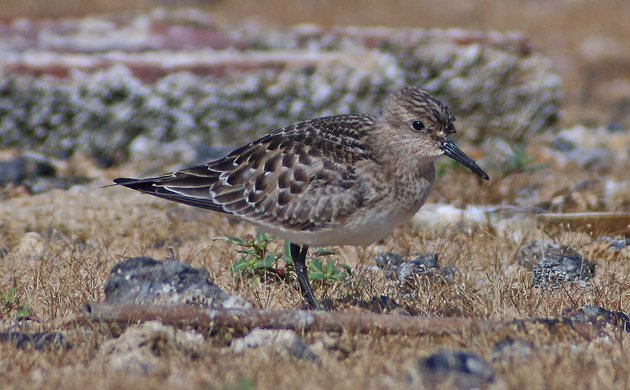 Best Bird of the Weekend (Third of September 2016)