Last November we were wandering the Pilbara and visited Marble Bar on a typical November day when the temperature was in the high 40’s (yes, that is Celsius!) and on our more recent trip to the southern areas of Western Australia we returned to the area to see how different the birding is at this time of year. Just to the north of Marble Bar is a beautiful gorge on the Coongan River, which rarely flows. Doolena Gorge is approximately 40 kilometres/ 25 miles from Marble Bar on the main sealed highway. When we pulled up at Doolena Gorge in November the weather was very hot and very dry and despite it being close to sunset it was still 48c/118f and we had no intention of having a cooked dinner! It was not surprising that we were the only people in the area, but water attracts birds and there was shade from the cliffs and we set up camp. We were soon welcomed to the area by Magpie-larks and Galahs. On the water were Grey Teal, Pacific Black Ducks and Australian Wood Ducks. A short walk found us joining the Red-kneed Dotterels, Black-fronted Dotterels, Straw-necked Ibis, Common Sandpipers and Wood Sandpipers along the edge of the water. 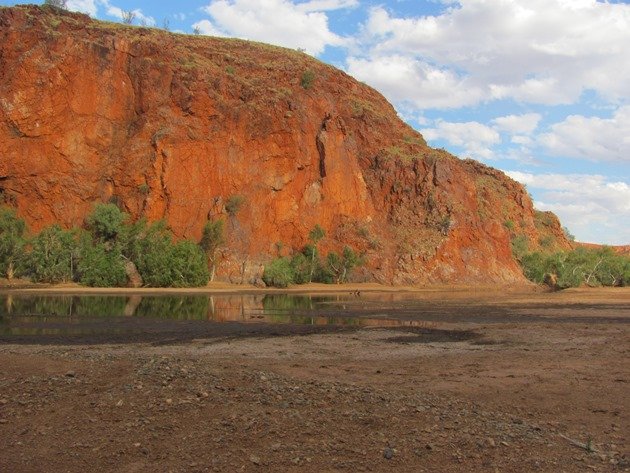 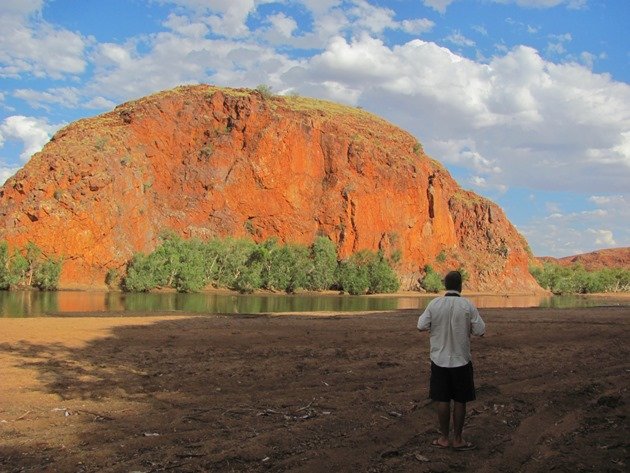 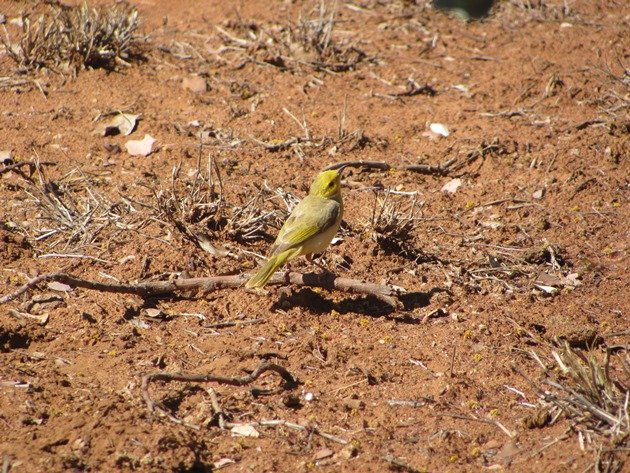 The flies were bad news, but we accept that it is part of life in the Pilbara area of Western Australia in the summer months and this was the first place that they seemed particularly bad on the trip. With limited water they were no doubt attracted to the area and I did take a photo of the back of Grant’s shirt. In fact they got a whole lot worse than that, but we were so used to it by then I did not even bother with a photo! So long as they don’t get in between your eyes and your binoculars you can keep your sanity! There were numerous Rainbow Bee-eaters, Black-faced Cuckoo-shrikes and Fairy Martins in the gorge, but the flies outnumbered everything else that flew! 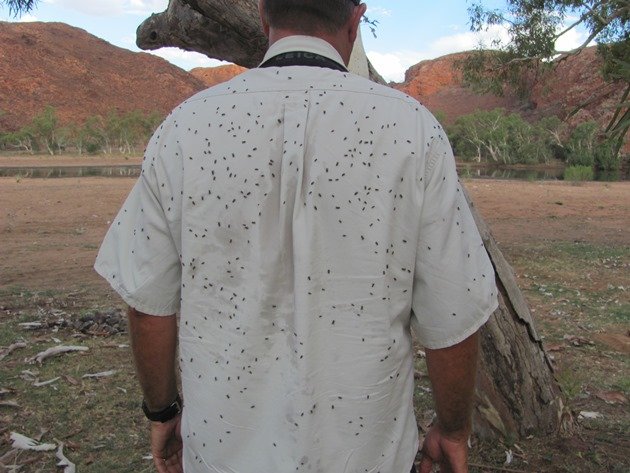 A few flies! They got worse!

It would be ridiculous to imply we slept well in that heat, because you can’t really! The Blue-winged Kookaburra had the last shout at the end of the day and was up early the following morning. Bush Stone-curlews wailed in the night! The Australian bush is noisy! We then wandered the gorge early in the day to see what else was in the area before it got ridiculously hot again! There were a lot more species than we had initially expected and we soon added Grey-crowned Babblers, Willie Wagtail, Sacred Kingfisher, Australasian Pipit, Little Crow, Black-faced Woodswallow, Zebra Finch, Little Corella, Pallid Cuckoo, Spinifex Pigeon and Western Bowerbird to the list. Birds of prey included Nankeen Kestrel, Wedge-tailed Eagle, Collared Sparrowhawk and Black Falcon. Australasian Grebe and Hoary-headed Grebes were present further along the water body and also Great Egrets, Australasian Darters, White-necked Herons and we accidentally flushed a Nankeen Night-heron while seeking out some shade from the intense heat. Just when we thought we had seen all there was to see we suddenly realised that we had a well camouflaged Oriental Plover just in front of us in poor light! It was a pretty good selection of birds for November at the last remaining water at Doolena Gorge! 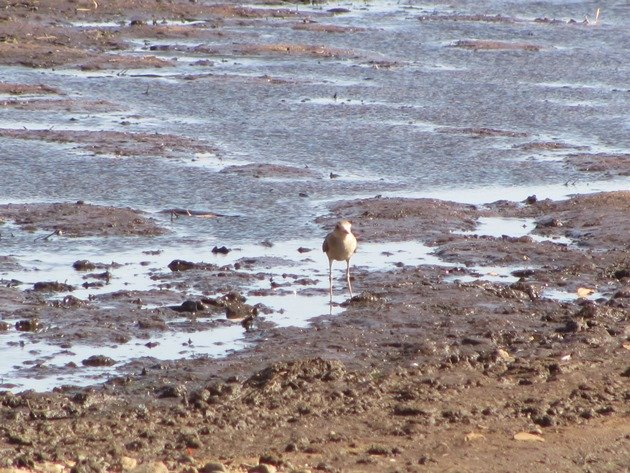 Roll on to June this year and we found ourselves drawn back to Doolena Gorge! The weather could not have been more different! No longer were we getting out and about early to beat the heat, but we were staying in the tent to keep warm before heading to Doolena Gorge! Of course I mean it was less than 20c/68f overnight when I say it was cold! It is a popular camping area in the cooler months and so we chose a more secluded place to set up for the night. We did not spend as much time at Doolena Gorge, because we did not overnight, but there was still a good variety of birds. 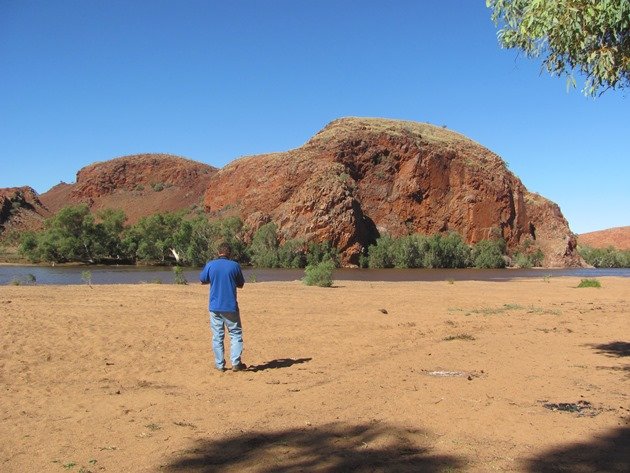 There were still Spinifex Pigeons, White-plumed Honeyeaters, Magpie-larks, Rainbow Bee-eaters and Willie Wagtails. The ducks included Grey Teal, Hardheads and Pacific Black Ducks. There were now Australian Pelicans with the Straw-necked Ibis, Great Egret, Australian Darter, White-necked Herons and White-faced Herons. A Black-necked Stork wandered the pools further down the riverbed and Little Black Cormorants had a roost at the base of the gorge wall. Little Corellas filled the gum trees on the other side of the water and Torresian Crows were attracted to the area by the numerous campers. 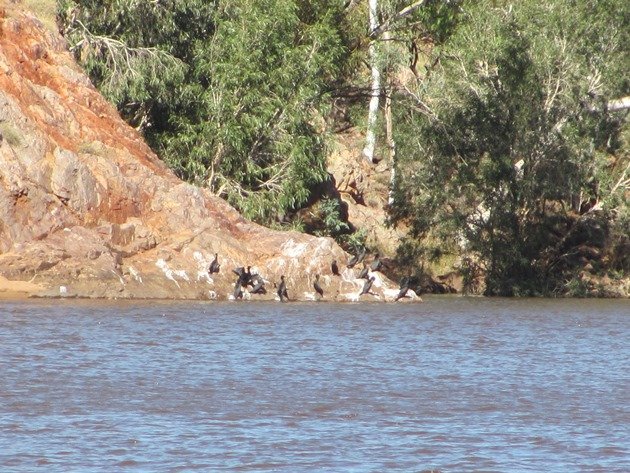 Walking down the riverbed with a few areas we had to leap shallow water we soon came across Black-fronted Dotterels and Zebra Finch. There were still Australian Pipit in the riverbed and both Tree Martins and Fairy Martins soared through the gorge. Little Woodswallows roosted on the river sand and on small twigs jutting out along the edges of the water. The only birds of prey we observed were Nankeen Kestrels and Whistling Kites in June, but we had not spent as long in the gorge this time. 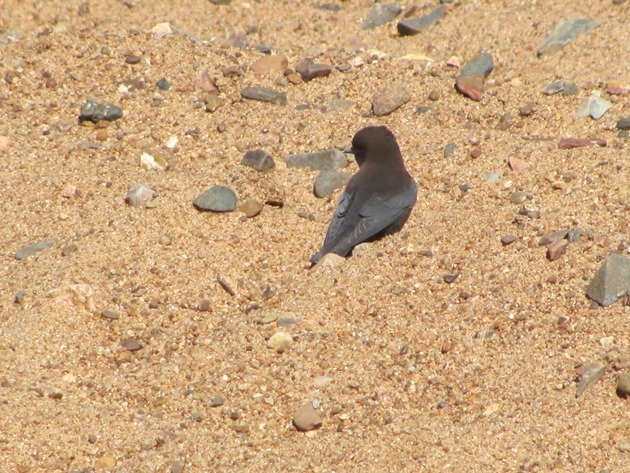 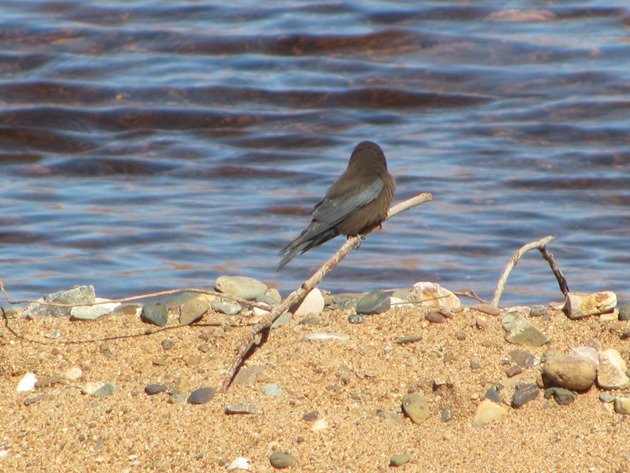 So, whether you want to visit the area in extreme heat in November or when it is a lot cooler in June it is a great place to bird and maybe next time we should go some time in between November and June! 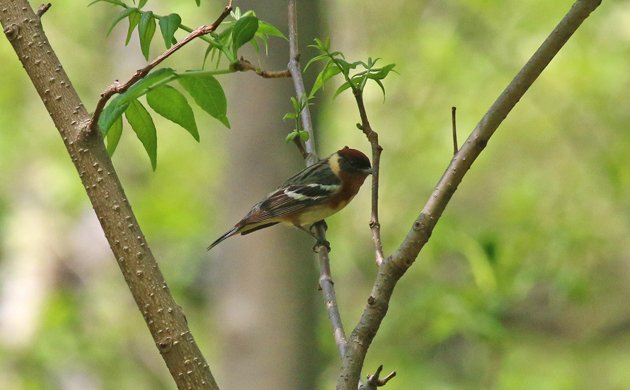 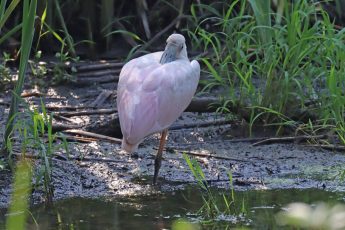