This is the last part of my Wallcreeper trilogy in which I will tell the tale of another day, the day I set out to see the species’ colours. Part 1, in which I reveal to you the course of my 20-year search, is here, and part 2 about me finally finding my life Wallcreeper is here.

I got my second chance at a Wallcreeper sooner than expected.

I was to go on a business trip to Brussels, Belgium during the last two days of November.
Brussels and Wallcreepers?
I understand your confusion. Brussels – as many will know – is significantly far off the area one would label as an even remotely possible winter area for Wallcreepers. Yet amazingly, a bird had been spotted just days before at a quarry next to Maastricht, the Netherlands.

Maastricht is not Brussels, I know, but I’ll explain…

I was scheduled to leave Brussels around 10:00 am on the 30th of November to return to Germany, and the Maastricht quarry was practically right next to the highway and thus a reasonable detour on my way home  (now you know what Brussels, Maastricht, and a Wallcreeper have in common).

Needless to say, it was just past 11:00 am when I parked my car at the quarry, shouldered my camera, binoculars and scope and was off to walk the snowy trails that lead around the active quarry.
The problem with active quarries is that they are dangerous places and therefore fenced off. This was also the case here, but there were two lookout points from where the wallcreeper had been seen very reliably, one in the north and one in the south-east.
The northern one was the first on my route. The pristine snow on the ground plainly showed that no other birder had been there that day, and a scanning of the cliffs lead to the discovery of the local pair of Eurasian Eagle Owls (the only pair in the Netherlands!), which are very nice birds, but are clearly not the Wallcreeper. I therefore continued to the southern lookout point 15 minutes later, arriving there around 11:45 am.

The snow at this point clearly revealed that a birder with scope had been there that morning but had left before I got there.
I scanned the far-away cliffs of the quarry for roughly half an hour. The quarry cliffs where the Wallcreeper was seen frequently. The distance was considerable: those “portals” are roughly 30 feet high.

Blackbirds and a Fieldfare were feeding on berries in nearby bushes. A very large flock of Jackdaws, numbering around 150 birds,  rampaged throughout the cliffs and tree tops. A flock of Long-tailed Tits passed me by. Herring Gulls circled overhead, then a Common Buzzard.
Nice birds, but still… the Wallcreeper was not to be seen. This fine adult male Eurasian Blackbird was kind enough to pose for a picture specifically designed to demonstrate the difficulties of taking nice pictures of fine adult male Blackbirds on dull grey overcast days in blackish bushes with white snow against a whitish background.

Finally I decided to call it a day and return to the car, via the northern lookout point again, where I arrived at around 12:30 pm.
Wanting another chance at the ‘creeper, I noticed by the tracks in the snow that another birder had been there during my stay at the south-eastern lookout point.
Checking the cliff faces again, I saw one of the Eagle Owls – again. Then more Jackdaws, a very large flock of Wood Pigeons (roughly 250). Gulls. Blackbirds. Blue Tits.
But not a trace of the Wallcreeper.

I returned to my car and headed for home, seeing a group of 20 Grey Partridges along the highway somewhere in Germany near Aachen, my first observation in a long, long time and easily the largest flock I have ever seen.

I was okay about not having seen the Wallcreeper. Sure, for once seeing its colours would have been nice, but it was not a lifer anymore, it was a nice try not turned nasty by weather or other classic “nemesis” factors, and there would be other times.

The species was my friend now after all, wasn’t it?

Then I checked the Dutch bird observation site for November 30th, and if ever my face was lacking blood and life, this was the time:
Two other observers had been there during the time of my stay. Okay, I already knew that by the tracks I had found in the snow.
BUT:   Both birders had seen the Wallcreeper, and had published the exact location and time on a Google Maps map.

From this information I was able to reconstruct the day’s chain of events, and have transferred it to the graphic below for your valued understanding. This has to be read like a comic strip (upper left to lower right) and depicts a basic map of the quarry, with North being at the top. It might take some time to see through, but once mastered will reveal the full infamy of the Wallcreeper’s behaviour. This is how I failed to see while two others succeeded in seeing a little, lousy, unworthy bird species called the Outhouse-wall Creeper

I am not entirely sure if a species that’s on a birder’s life list qualifies for Nemesis status. But whatever one’s view on this, one thing is clear:

Wally’s gonna pay for this! 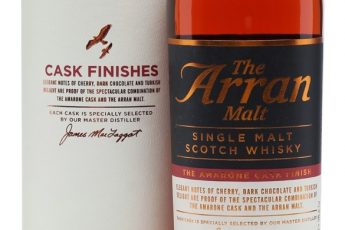