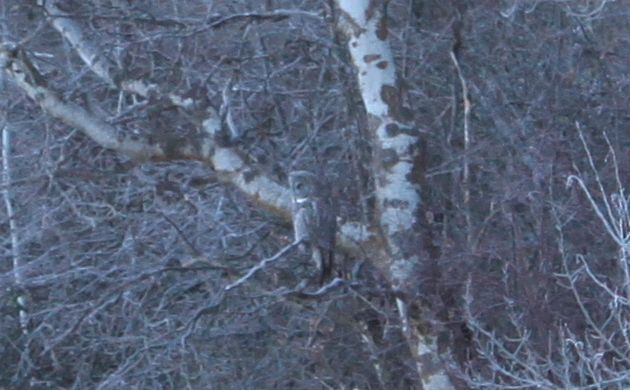 There are birds more prized by North American birders than the Great Gray Owl, but not many*. This huge ghost of the far north — yellow-eyed, eerily silent, perfectly camouflaged to disappear into the coniferous forests they call home — is as potent an evocation of wilderness as a calling loon or a prowling wolf.

Like many cold-weather creatures, the Great Gray Owl can to some extent trade altitude for latitude. As a result, its territory in the Rocky Mountains extends far south of the bulk of its range. Though hardly common, Great Gray sightings are a yearly occurrence in Western Montana, and it is one of the twelve species of owl known to breed in the state.

As part of my commitment to birding excellence in 2014, I signed up for eBird alerts — receiving messages each time a bird not yet on my year list is reported in Missoula County. Thus I learned, in the early days of January, that a Great Gray Owl was being spotted almost daily at Maclay Flat Recreational Area, a park not far from where I saw the Baikal Teal last year. It was too far to walk, but I couldn’t not try, so I put out the word to my local friends. My erstwhile classmate Asta answered the call, and away we went. We arrived at Maclay Flat just in time to see three men unloading the sort of heavy-duty optics and camera equipment that signals serious birders on the hunt. Since I had no idea where in the park the bird was located, I approached these gentlemen and asked if they had the details. Not only did they, but they invited us to tag along with them.

Despite our best efforts, the snow crunched and the ice crackled. The twisted weeds beneath the snow and ice did their best to trip us. We made our way to the spot that the owl had, according to our guides, last been seen. We went beyond. The owl wasn’t there. Hardly any birds were there, only a handful of Black-billed Magpies and Ravens and a lone Red-tailed Hawk.

I felt bad for myself, but awful for Asta, who was now 0-for-2 on owling adventures with me. She was a good sport about it, though — a good enough sport that she agreed to go out looking with me again on Saturday, along with her partner Isaac.

My hopes, to be honest, were not high. We were chasing a ghost, after all. And the day was unseasonably spring-like, not the weather I subconsciously thought of as owly. I wasn’t suffering enough for this bird, wasn’t in danger of losing my toes and ears in some bog in Minnesota, was up only moderately early, had not traveled for hours, the coffee I’d bought before Asta and Isaac picked me up had not come from a grim, acidic gas station hot-plate but was prepared at a locally-owned, hipster-friendly cafe/sandwich shop. There was no earthly way that the universe was going to let me have a Great Gray Owl under these circumstances.

Sometimes, let me tell you, it’s a wonderful thing that the universe is mindless and indifferent. Because as I interrupted my self-doubt to step around a pile of dog poo in the trail, the great ghost of the northern forests lifted off from the ground on the other side of the clearing and then landed again, low in a birch tree in full view. Even in full view, it was brilliantly hidden. It took a minute to get Asta, who had brought up the rear and missed the moment of flight, onto the bird. Had Isaac and I been a moment later, we might have missed the bird altogether, or gotten so close that we flushed it in earnest. As it was, the owl kept its perch while we noted yellow eyes and the distinctive black and white pattern on the chin, whispered our celebrations and got long looks and photos. Then we cleared out to let the owl pursue breakfast, and went to Paul’s Pancake Parlor to pursue our own.

And since then, at random moments, it pops into my head that I have seen such a magnificent bird, and I smile.

Photos courtesy of Asta So.

*I can’t speak to the species’ popularity in Eurasia, although Jochen’s reaction to its appearance on my year list makes me suspect that it is also prized highly there. 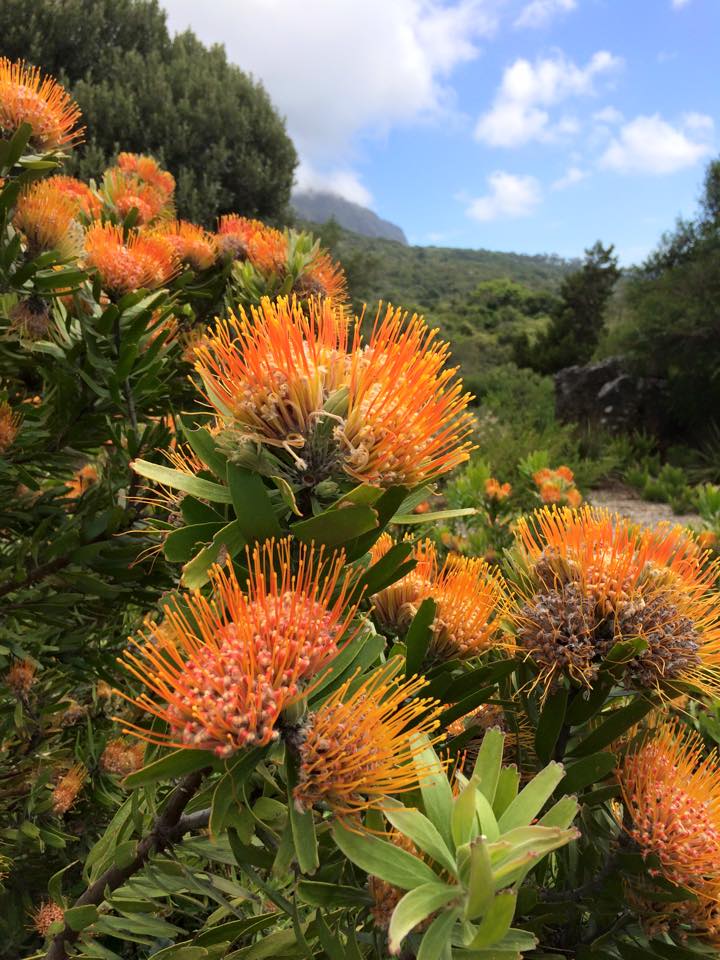 Where Are You Birding This Third Weekend of March 2015?

« Previous post
The search for Swinhoe’s Snipe
Next post »
Where Are You Birding This Fourth Weekend of January 2014?