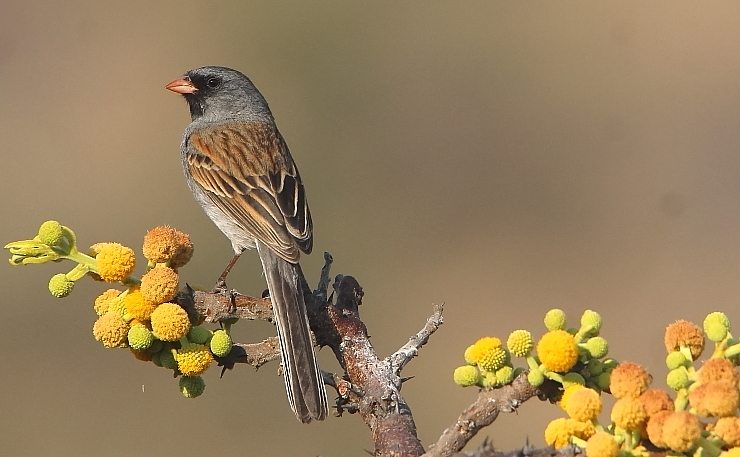 (No, this is not a reference to my personal worst birder joke ever, that One good tern deserves another. Although that joke does apply to Faraaz Abdool’s latest post.)

I consider myself exceedingly fortunate to have several birder friends who are biologists. Most are ornithologists, although one is a botanist. One of those ornithologists is Jonathan Vargas, with whom I went birding on the first Monday of this month of May.

Jonathan is originally from San Blas on Mexico’s west coast, a birder’s paradise I have yet to visit. But the past several years he has worked on several projects in Ensenada, just south of San Diego. His main project is monitoring the Snowy Plover population there. Snowy Plovers also breed half an hour north of my home, so we have those in common. (Jonathan also works as a birding guide up in Baja California, if anyone is interested.)

I met Jonathan because his mother-in-law lives here in Morelia, and when he visits her, we sometimes find a space to bird together. Over the past few years, I have introduced him to most of my favorite spots.

Another thing we have in common is that Jonathan understands that eBird, with all of its virtues, is often not the best place to find such great birding sites in Mexico. With so few birding “boots on the ground”, many of Mexico’s best spots are yet to be discovered. So we are both always ready to pull over when travelling to check out an interesting bit of woods, and we both study Google Maps to find promising new areas.

Two years ago, while Jonathan and I were checking out those Snowy Plovers (and other shorebirds, etc.) on Lake Cuitzeo. He asked me if I had ever gone to Las Mesas, a town and reservoir just east of Morelia that he had noticed on Maps. Since I had not, I went there three weeks later, and it quickly became one of my very favorite spots. Still, the pandemic made it harder for us to bird together, and it wasn’t until this month that I was finally able to repay his “good turn” by taking him there. With 85 species in 6 hours, I’d like to think it was well repaid.

That’s me on the right. In case you were wondering.

When I am showing someone else a site, I tend not to take as many photos as when I bird solo. But a pair of birds really got my “continuous shoot” mode going. Las Mesas is the only place I’ve found for which the Black-chinned Sparrow is a reliable species, but this adorable bird, perhaps my favorite local sparrow, always seemed to position himself with some severe backlighting… until this trip. Feast your eyes.

While I can claim full credit for the sparrow, Jonathan got the next one. He seems to be my Northern (Mountain) Pygmy-Owl whisperer. Twice now he has conjured one up in places where I never manage to see them. This particular bird turned up against a very bright sky, so these photos are not as good as those of the sparrow. But how can you complain about an owl that wants to check you out in broad daylight?

In a land where Ferruginous Pygmy-Owls are more common, a good view of the tail is an important identification tool. That and the Northern’s distinctive two-hoot call, which was abundantly given.

Even though I didn’t focus as much on photography this trip, I can share a few more visuals with you. This Pied-billed Grebe begged the question, does the very early Grebe get the very tiny fish?

There were also three Least Grebes present, although they did not allow me a comparable photo.

For some reason, the Broad-billed Hummingbirds always seem to make a particularly good showing at Las Mesas.

We suspected that this careening pair of Common Ravens may have been courting. I could show many more photos of their duo flight, as they wheeled around the small valley that contains Las Mesas’ reservoir.

Since this particular outing denied me the use of my truly dreadful joke above, I’ll have to end with this observation: Jonathan and I were wondering how a cumbersome turtle had managed to climb up this tire…

…when we noticed what we both thought was another lone turtle resting on a rock. But it turned out…

…that it was turtles all the way down!