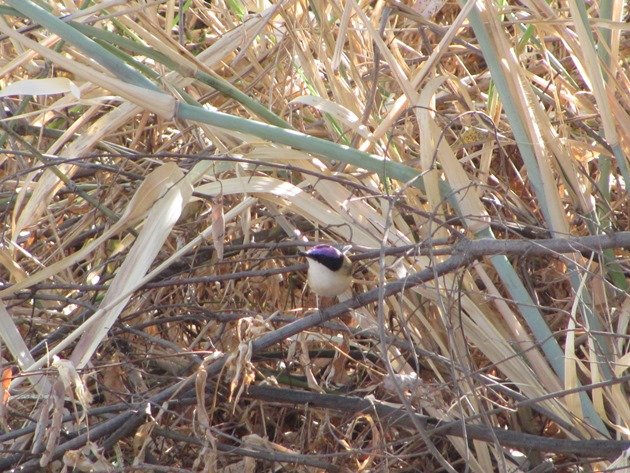 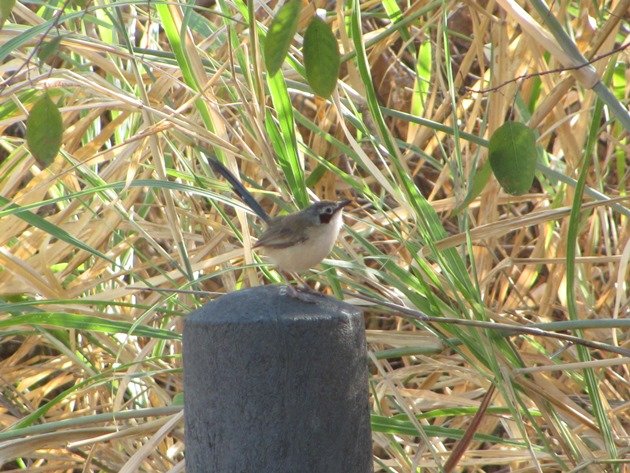 Although the Variegated Fairy-wren female bird also has a similar blue tail the female Purple-crowned Fairy-wren has a very distinct eye patch and the tail feathers appear more azure blue coloured than just bright blue. Thankfully this pair of Purple-crowned Fairy-wrens were in full colour and were a lot more interested in the vehicle parked in the car-park than ourselves! Their tails were constantly on the move making for some interesting photography. 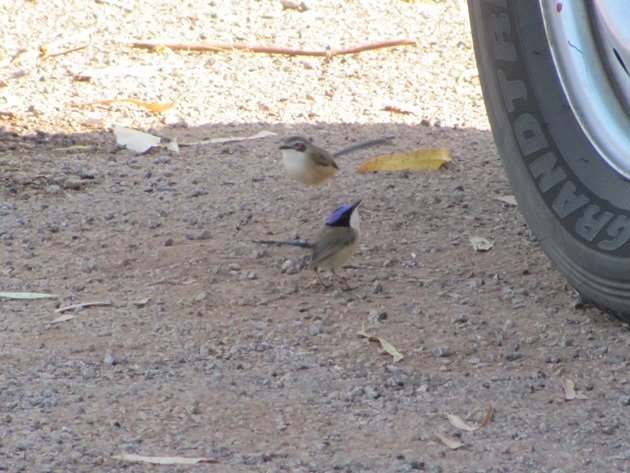 Purple-crowned Fairy-wrens near a vehicle

It was then very amusing to watch the pair of Purple-crowned Fairy-wrens fly up to the wing mirror of the vehicle and investigate both the wing mirror and the windscreen! 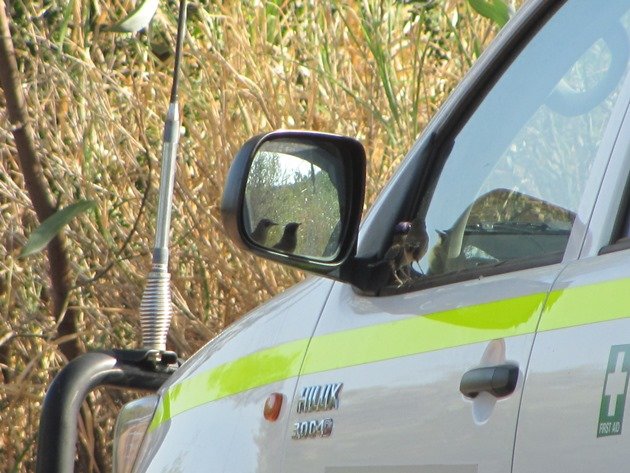 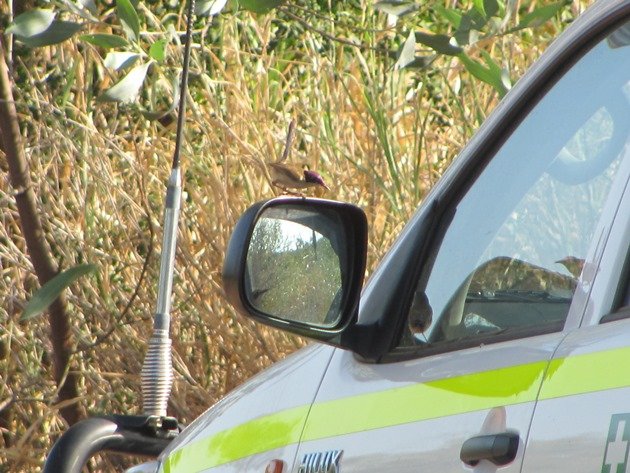 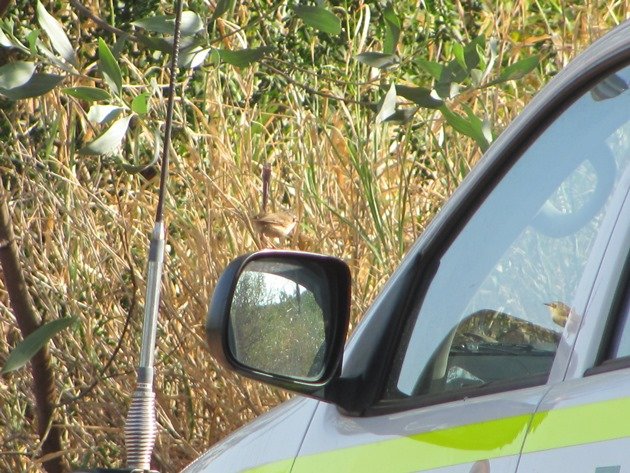 We spent some time being amused by these tiny birds and they were chirping away at each other as they moved around the vehicle and then returned to the surrounding bush. They really appeared to be quite the loving couple! Initially the female Purple-crowned Fairy-wren landed next to the male bird on its left and then moved across and they were looking quite content with each other as you can see! 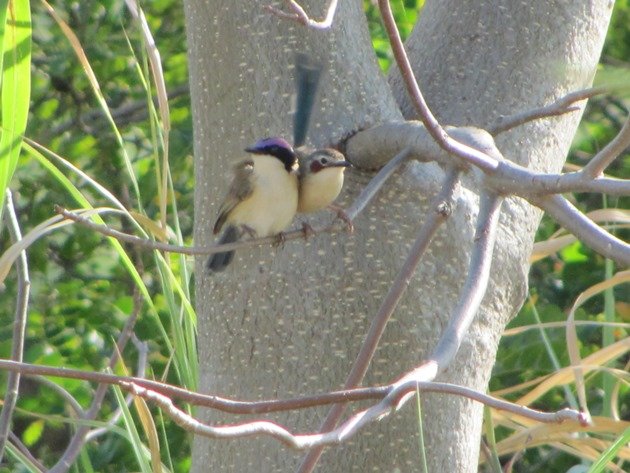 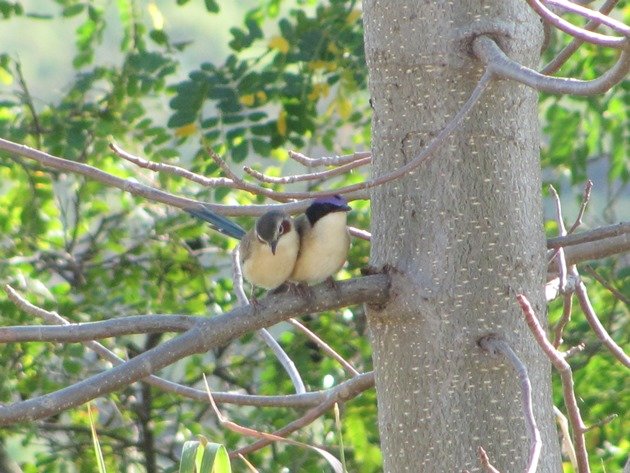 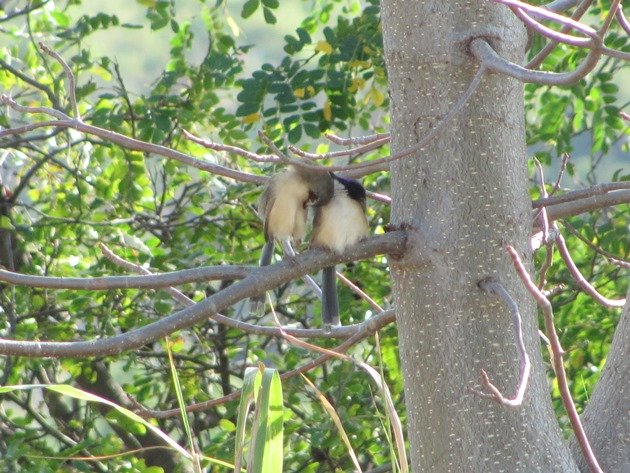 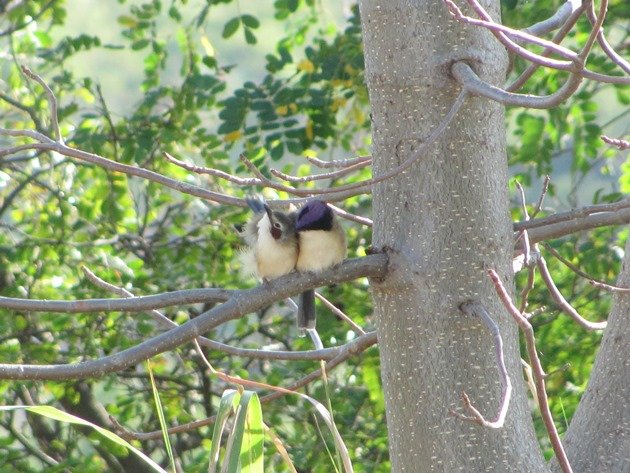 If you happen to be driving from Kununurra to Katherine we would definitely recommend that you take a break and stop at Big Horse Creek boat ramp to see the Purple-crowned Fairy-wrens. They were a welcome addition to the 2017 Year List and such a cute couple! 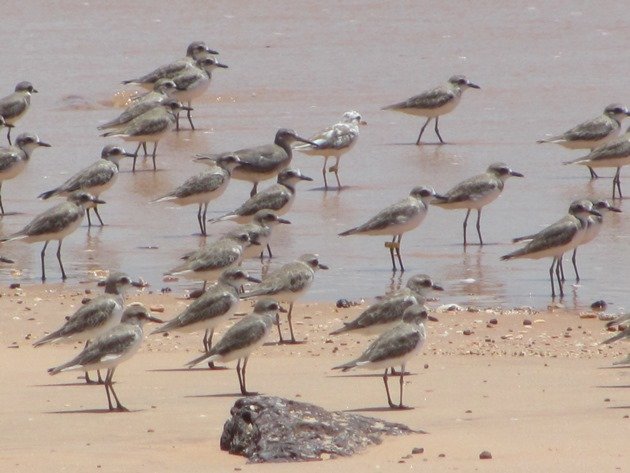