David Ringer of Search and Serendipity pondered some deceptively slippery subtleties about the nature of seeing recently:

In that brief moment, a question Iâ€™ve long pondered became much less hypothetical: If I saw a bird in a mirror or reflected in a body of water would I feel satisfied enough to list it? In this case, there was no life bird at stake, and I couldnâ€™t even identify the bird I saw…

…Somehow, my psychological sense of â€œseeingâ€ is such that I feel I must be looking in the proper direction, even if my eyes canâ€™t detect the bird on their own. Optics send the light directly into my eyes, and I can believe that they are an extension of my own powers of perception. I have no trouble believing that Iâ€™m looking at the bird directly.

The crux of the question as I understand it is whether compromised visual perception of a bird still counts as spotting it for birding, or at least listing purposes. My own response was that just like you canâ€™t unring a bell, you canâ€™t unsee a bird. If my life Crested Caracara only grazed my field of vision but I was able to identify it, either through my own or more likely someone elseâ€™s account, then I saw the bird. Maybe I didnâ€™t see it as well as Iâ€™d have liked, but the object did make an optical impression. It makes my list, but Iâ€™ll keep angling for a better view.

I would guess that the experience of incomplete apperception is common among birders. Anyone who’s ever allowed a tour leader to differentiate an Empidonax flycatcher or distinguish a Savannah from a Song Sparrow and subsequently took the lifer knows what I’m talking about. I bet most birders do. Anyone who has spent any time birding an unfamiliar ecosystem like a rainforest under the auspices of an expert guide knows as well. Whether I could pick a Ruddy Woodcreeper or a Yucatan Vireo out of a lineup matters not a whit, not since someone who actually could identified these birds for me years ago. These species are both on my life list and won’t be coming off unless the ornithological oracles lump or split them beyond recognition.

My point is that most birders have a fairly flexible definition of “sighting” but only in conjunction with a strict observation of “identification.”

I brought David’s original observations on the subject here because I’m interested to hear what other people think about the nature of seeing. Also, consider some similarly sticky sighting scenarios. For example, I have issues when spotting the drabber member of a dimorphic pair. If youâ€™ve only seen a female Summer Tanager, have you really seen one? Taxonomically, the answer is obviously yes, but can you be satisfied with this sighting? A number of birds on my list are there under protest as it were; the sighting won’t be solidified until I’ve met the more magnificent member of a species. Do you feel this way too or are you driven more by biology than beauty?

Where Are You Birding This Fourth Weekend of September 2012? 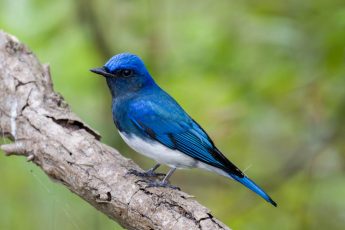 « Previous post
Hooking the Young: A Bullock’s Oriole in Phoenicia, NY
Next post »
Roughies and Owls and Larks, Oh My!