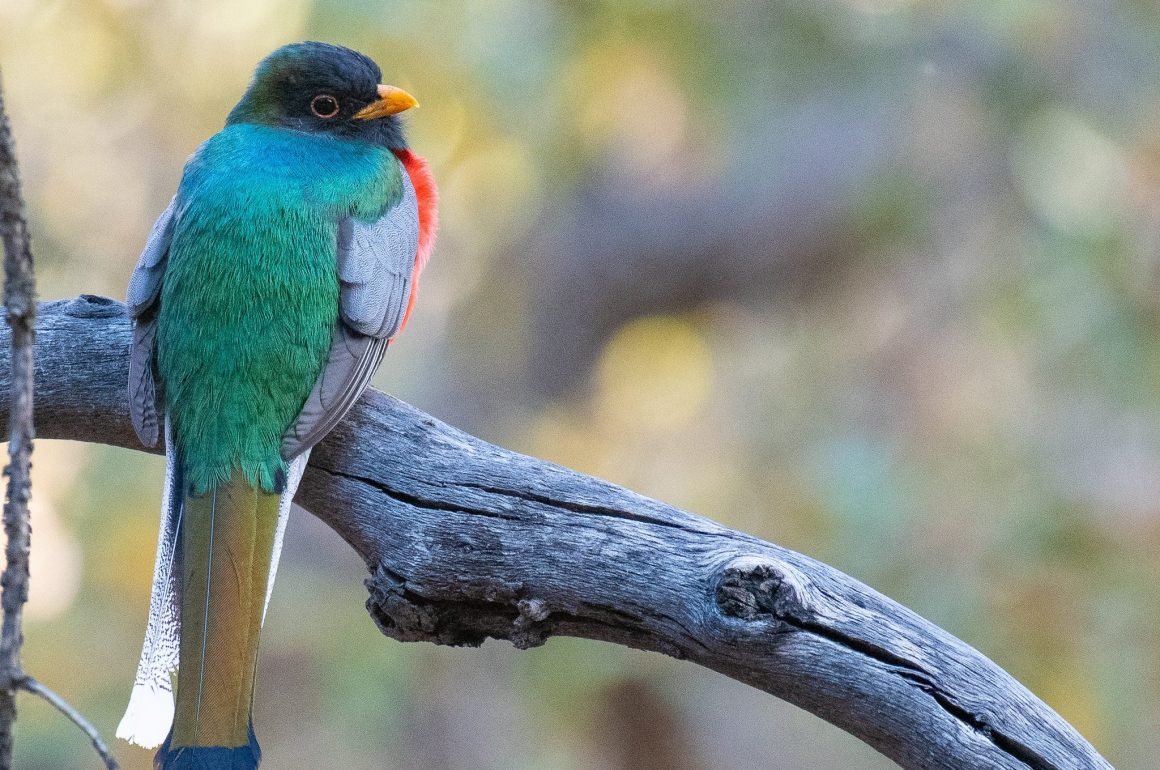 North America is home to many amazing bird species, including several which require a special effort to see and appreciate. These birds also invite one to sites that are unique within the United States – the climate, vegetation, and landscapes all add context and heighten the experience of seeing one’s first Elegant Trogon or Painted Bunting. So let’s look at this sampler, shall we?
Breeding only above treeline on windswept and desolate rock faces (or equally austere habitats on the Aleutians), the three American rosy-finches (Gray-crowned, Black, and Brown-capped) are extreme environment specialists that are endemic to North America. In the summer, they are the highest altitude breeding songbird in North America. Their nests often overlook snowfields in the highest mountains, gathering along the edges of melting snowbanks to feed on freshly uncovered seeds and insects. In autumn and winter, they descend these high ridges to avoid the worst of the high winds and blowing snow – sometimes to feeders such as Sandia Crest in New Mexico, where there is a long ongoing study on these fascinatingly tough songbirds.
Want to see rosy-finches on a Naturalist Journeys tour?:
New Mexico Nature & Culture 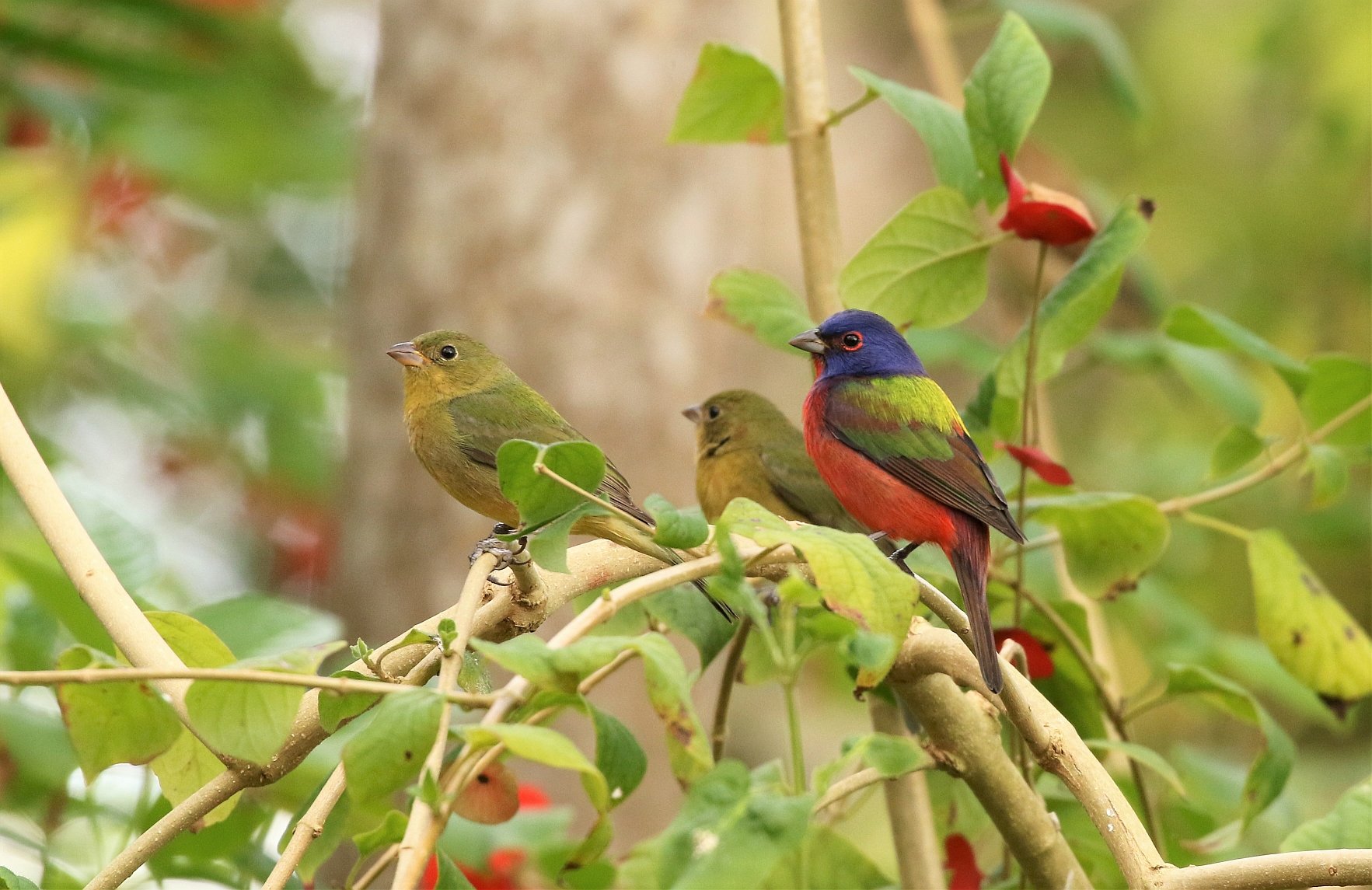 Painted Bunting by Carlos Sanchez
There are few birds in the world with such a dramatic combination of blue, green, and red colors as the Painted Bunting. In fact, its French name nonpareil means “without an equal,” and its Cuban name mariposa means butterfly. Only in their second fall do the males achieve their spectacular plumage. These colorful songbirds occur in two populations, a western one which winters in Mexico and Central America and an eastern one which winters in South Florida and Cuba. In winter, they occur in rank thickets and woodland edges where they feed mostly on seeds. Due to their beauty and warbling song, poachers trap these buntings in South Florida for an illegal local cagebird trade.
Want to see Painted Bunting on a Naturalist Journeys tour?:
South Florida: Everglades & More 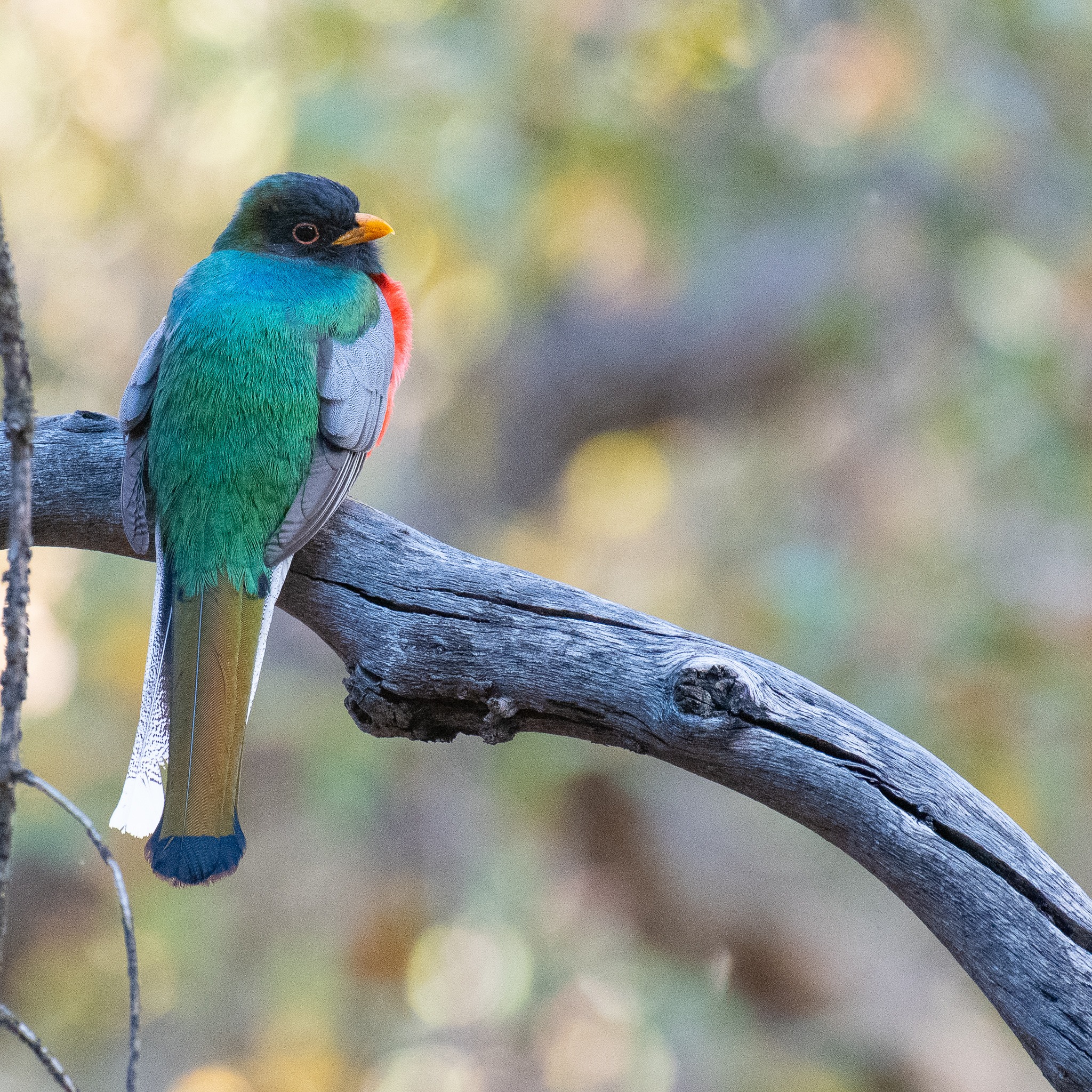 Elegant Trogon by Homer Gardin
Trogons and quetzals are an ancient, colorful bird family that occurs in forests and other wooded habitats from the American tropics to Africa to Southeast Asia. The word Trogon, from the Greek meaning “gnawer,” refers to their hooked, serrated bills used to eat large insects and fruit – as well as gnaw on the rotting wood of old woodpecker cavities to reuse as nesting sites. The exquisite Elegant Trogon, mostly a Mexican species of the Sierra Madre, is the only member of this tropical bird family to range north into Southeast Arizona – the only trogon species in the United States and often considered ‘the most sought after bird in Arizona.”
Want to see an Elegant Trogon on a Naturalist Journeys tour?:
Southeast Arizona Sky Island Spring Sampler 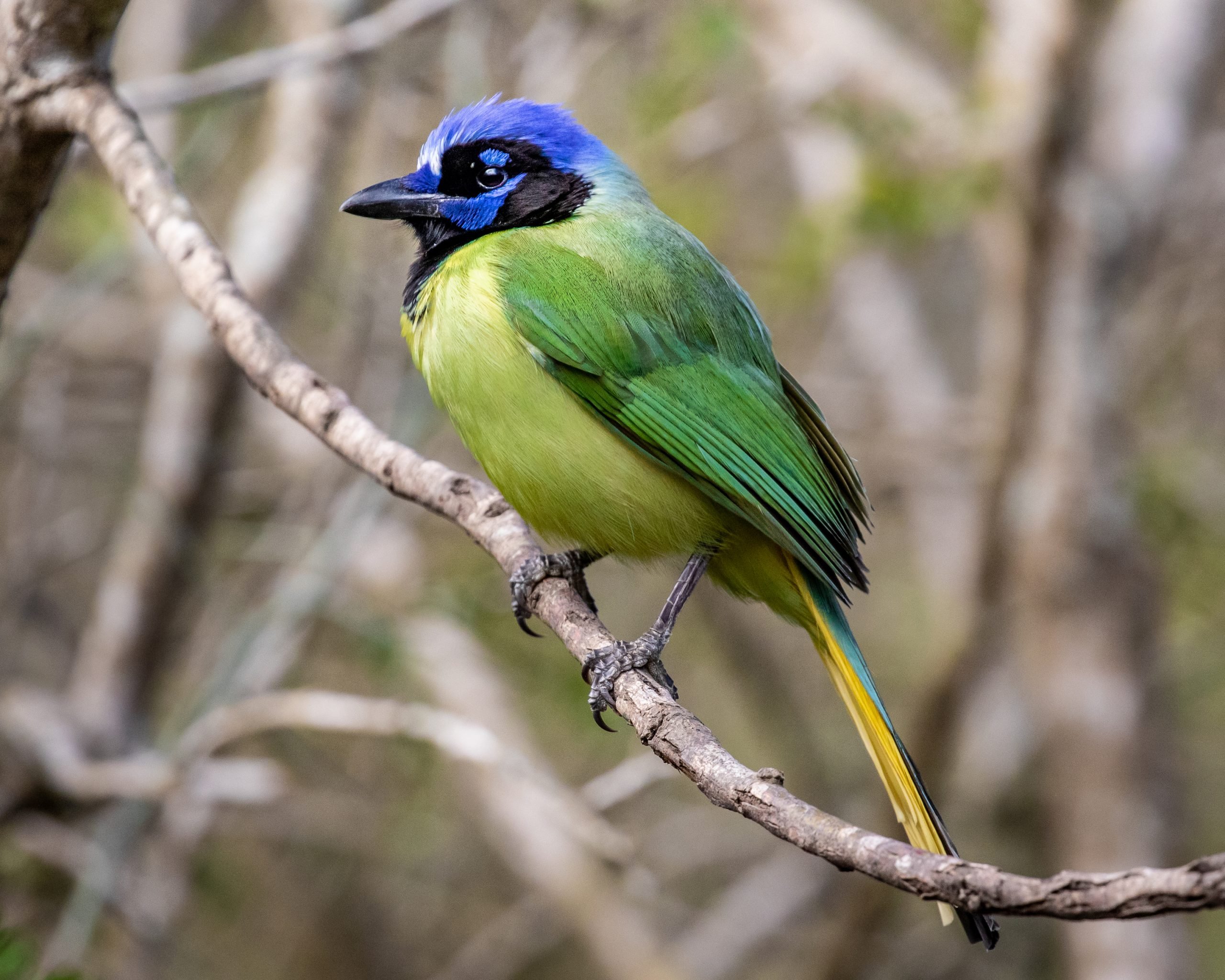 Bright and sociable, Green Jays are a joy to watch as they move around wooded habitats in tight family flocks in search of large insects, seed, and fruit. Occurring primarily in two disjunct populations (one in Mexico and the other in the Andes), these jays are common residents in South Texas where they are steadily spreading northward. These birds are unusual in that parents retain non-breeding jays fledged from the previous year to help with territorial defense but do not assist as helpers-at-the-nest.
Want to see Green Jay on a Naturalist Journeys tour?:
South Texas Birding & Nature
Elegant Trogon Florida birding jays Painted Bunting rosy-finches Southeast Arizona Birding Texas birding
Share: