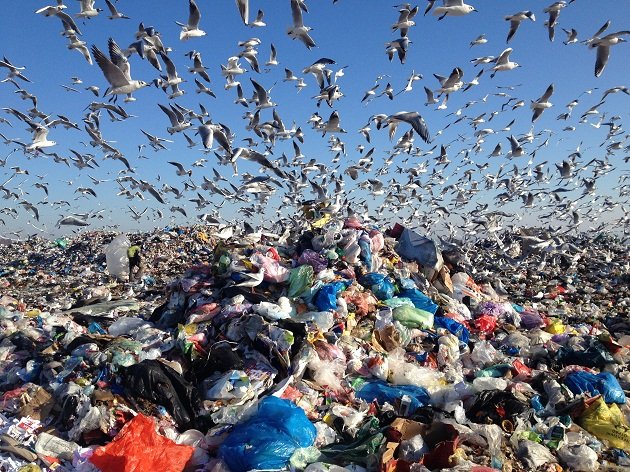 Not so long ago, there was a question on this blog: which is the most interesting gull in the world?

In the last two weeks, I have been busy counting thousands of gulls, involving two visits to the Belgrade city rubbish dump to look for some light reading. It usually meant tens of thousands of Black-headed Gulls, a few hundred to a few thousand each of Caspian and Common Gulls (and a dozen or two of Yellow-legged Gulls which I missed, but they’ll become more common with the advance of spring), and among all those shades of gray, usually there would be just one black back, either Lesser Black-backed or Great Black-backed Gull (both are present in winter, but usually you see just one, rarely both).

It all started in late January at the rubbish dump in the suburb of Vinca. The city of Belgrade, Serbia, has about 1.7 million inhabitants producing some 1500 to 1700 tonnes of waste daily. The city’s only rubbish tip covers 70 hectares (173 acres) and receives about 560,000 tonnes annually. And with these statistics, I have just described what gulls consider a heaven. The idea behind the visit was to read as many plastic leg rings as possible and among some 30,000 gulls, in three hours the four of us managed to read more than 40 rings, including some Caspian Gulls from Ukraine and to find the first European Herring Gull for Serbia (when I started birding, there were Herring Gulls all around, but two splits later, they are a rarity down here). I managed to find one 3rd winter Great Black-backed Gull. Less than two years ago, I wrote here how I found the 4th GBBG for Serbia. By now I know that they are regular in Belgrade every winter, and only those who have no wish to see them haven’t added them to their country list.

From the rubbish dump we continued to the Danube to count the afternoon flyover toward the gulls’ roosting sites. Now the eight of us split into two-man teams, covering the stretch of the Danube River up and down from the rubbish tip. Zoran was in a boat on the river, his duty was to check if the several thousand large gulls resting on the water go downstream, too, or only upstream – which turned to be the fact. Then, there were two teams along the riverbanks and finally one at the nearby Veliko Blato lake and a known roosting site. I was counting from a car parked at the Ada Huja riverbank with Sandra, a very keen young birder. We even ordered a coffee from the nearby restaurant and soon had the waiter bringing it to the car. The flocks of Black-headed Gulls were far away and huge, 500 to 2000, and it was quite a feat to keep one pair of eyes on one flock, the other pair busy detecting the next incoming flock.

Sandra was mostly detecting those flocks and counting the smaller ones, letting me count the big ones, but at some stage I was enjoying my coffee and let her count one big flock. Two thousand, she said with a question mark almost hanging in the air and asked me to check her count. No. I trust her count. I do believe that her counts will be more accurate and she more confident if she knows that her counts are not being questioned. The best afternoon bird was, again, one Great Black-backed Gull on the water, this time an adult (hence, we have at least two of them overwintering here now). Together, all teams counted more than 40,000 gulls on that day. Two weeks later, on St. Valentine’s Day, we were at the most romantic spot, birdwise: the city rubbish dump; this time 12 of us – The Dirty Dozen. The number of gulls had halved by now, but the weather had improved and was sunny and quite warm for this time of the year. Two White Storks awaited us there, choosing to stay for the winter instead of wasting all those calories to fly down to South Africa and back, and above us, seven young White-tailed Eagles were thermaling. The aim was to ring as many gulls as we could, to provide some reading material for birders all around Europe. The tally ended up as 200 Black-headed (above) and 7 Common Gulls (bellow). The best bird of the day turned out to be one Lesser Black-backed Gull, that was half-hidden behind BHGs, but I was checking their legs for the rings, scoping left and right, until I realised that it was not the angle or shadow, but that gull was genuinely dark (belonging to the Baltic race L.f. fuscus and dark as the GBBG). Organisations involved in the research: Bird Study and Protection Society of Serbia, League for Ornithological Action and the Birds of Prey Protection Fund. 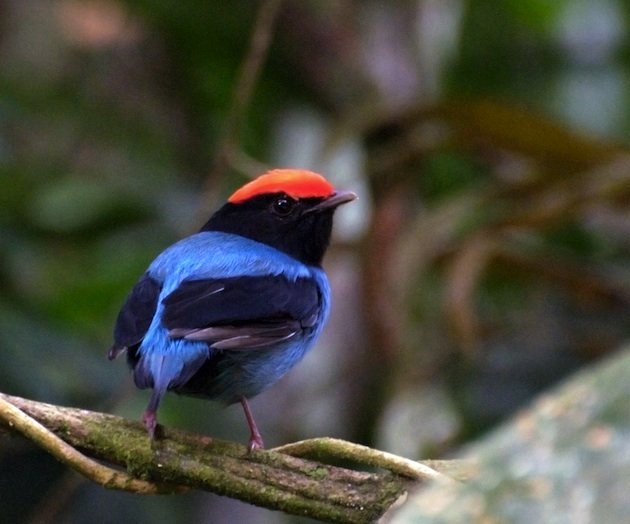