This story comes from Lisa Kelly, a wildlife rehabilitator in Tarrytown, New York, by way of Maggie Ciarcia, a rehabber in the nearby town of Somers. Maggie received a call one morning from an elderly woman named Katherine. Katherine lives in a senior residence, which she refers to as “the facility,” near the Hudson River.

“My friend and I are standing here in the facility,” said Katherine. “We both have binoculars, and we’re watching a great big black bird. It’s been there for two days, and we’re terribly worried about it. I don’t know if it’s an eagle or a crow or a vulture, I don’t know what it is, but I know it’s alive because we can see it moving its head.”

“Can you get close to it?” asked Maggie.

“No,” said Katherine indignantly. “It’s too far away. The groundskeeper wouldn’t help us at all – can you imagine? Really, what kind of facility is this, anyway? I do hope you can come and help this poor bird. My friend and I are leaving in ten minutes, and we won’t be back for the rest of the day.”

Maggie called Lisa, who lived closer to the facility, and gave her the phone number. Lisa called Katherine.

“You are such a dear to call me,” said Katherine. “I hope you can get to the poor creature. You’ll have to walk behind the facility, through a large field, down a very steep embankment, and then you’ll have to climb over a huge wall. It’s right there near the train tracks. I’m so worried about it. It’s a very large bird – are you strong, my dear? And will you call me when you get it?”

Lisa, who by then was envisioning rescuing a condor near a maximum security prison, enlisted her mother as backup. Armed with two pairs of heavy gloves, towels, and a large crate, they parked, walked around the building, and set off across a manicured lawn. They made their way down a small hill, climbed over a wall that loomed nearly to their knees, and looked around for a big black bird. Nothing. Lisa’s mother walked toward the train tracks, picked up a black plastic grocery bag, and looked at her daughter inquiringly. Lisa dialed Katherine’s cell phone.

“Katherine,” said Lisa. “Could it have been a garbage bag?” “Absolutely not,” came the reply. “It was definitely a bird. Please keep looking, I know it’s out there.”

“You brought me all the way out here to help you rescue a bag?” asked Lisa’s mother.

A thorough search revealed no injured bird, so Lisa and her mother put the bag into the crate and returned home. “Anytime you’d like me to help you with another bag rescue, honey, just call me,” said Lisa’s mother.

Katherine called Lisa later that afternoon. “Did you find the bird?” she asked.

“Oh, I’m so relieved!” cried Katherine. “It must have flown away!”

Maggie called soon afterward. “Do you have the bird?” she asked. “What is it?” 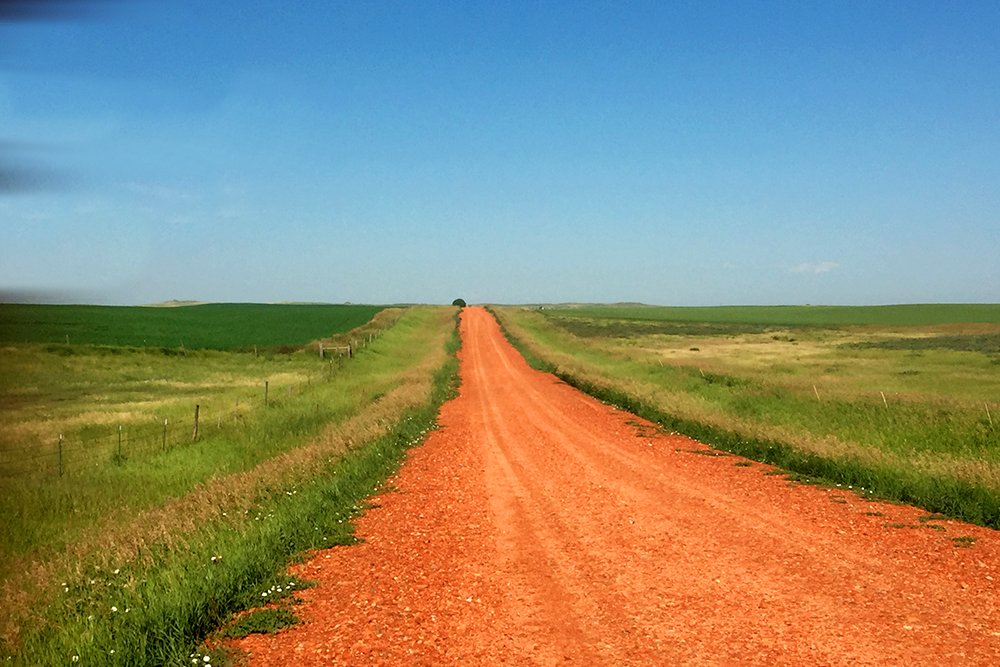 Where Are You Birding This First Weekend of July 2019? 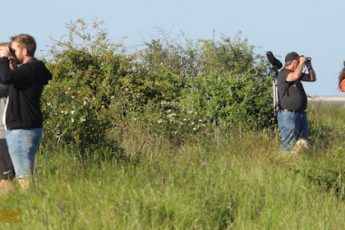 « Previous post
Where Tulips Come From (It Ain’t Holland)
Next post »
Where Are You Birding This First Weekend of June 2012?