There are three species of waterfowl that birders in most of the eastern United States are going to encounter on almost any birding outing that includes a pond, lake, or other body of water – The Usual Waterfowl.  They are almost unavoidable in their ubiquity, able to adapt to almost any urban or suburban environment humans can concoct.  Two of them are loathed by large portions of the population for their droppings and their aggression.  But the young of all three – Mallard ducklings, Canada Goose goslings, and Mute Swan cygnets – are almost universally “squeed” over because they are undeniably adorable.  How can their fuzziness not melt even the hardest of hearts? Mute Swans and Canada Geese are tended to by both parents, though sometimes Canada Geese will all pool their young into a single large brood because there is safety in numbers.  Pity the hen Mallard that gets abandoned by her mate and left to raise a nest full of ducklings completely on her own.  Somehow though, ducklings, like goslings and cygnets, manage to make it to adulthood in large enough numbers that none of these species is even remotely in trouble of disappearing.  In fact, control programs for both Canada Geese and Mute Swans are often implemented.  Whatever your thoughts are on the damage that these birds might do to the ecosystem or humanity’s trappings you have to admire species that are so successful at adapting to a changing environment and reproducing at amazing rates.  And you have to love the little baby birds because they are so darn cute…though I think I might go make myself puke now that I have typed such a sentiment.

Enjoy these shots of baby birds and remember, the next time you step in some Canada Goose poop that the big ol’ bird that left you that gift was once a little tiny gosling that you would fawn over… Now that you know mine I would like to know yours.  What are your usual waterfowl?  And do you have pictures of them as youngsters?  Share your links in the comments!

Why do birds living near Chernobyl have smaller brains? 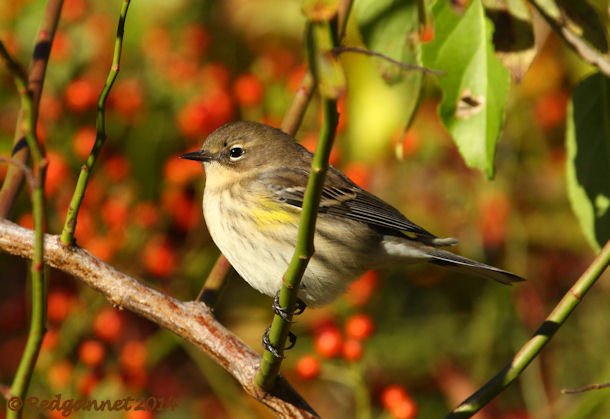