This past Friday, after leaving Cupsogue where my twitch for the Wilson’s Plover had ended in success I decided to head back over to Big Egg Marsh in my home borough of Queens to see if I could rediscover the Burrowing Owl I had seen the previous evening. A bunch of birders had looked unsuccessfully for the owl in the morning but I was hoping I might get lucky. Refinding the owl would bring me the gratitude of all of the birders who were unable to see the bird in the limited window between when it was found and when it disappeared. Sadly, the owl remained missing. I did enjoy trying to identify the many shorebirds that were way out on the mudflats exposed by the extreme low tide but, honestly, Big Egg Marsh isn’t the place to go when you want to spend a serious amount of time birding.

I still had a few hours before I had to pick up Desi from school and I was torn between going home for a nap or looking for more birds. Finding more birds won out and I took the short ride to Jamaica Bay Wildlife Refuge where I enjoyed a Rose-breasted Grosbeak at the feeders, the singing Yellow Warblers, and the generally expected birds at Jamaica Bay in May. After scanning the West Pond and the South Marsh I made my way into the South Garden, planning to bird my way up to the north end of the North Gardens. Then a brown bird flew up from the path into a bare tree: my first thought from my binocular-less look was that it was a thrush. Binoculars to eyes and…umm…what? 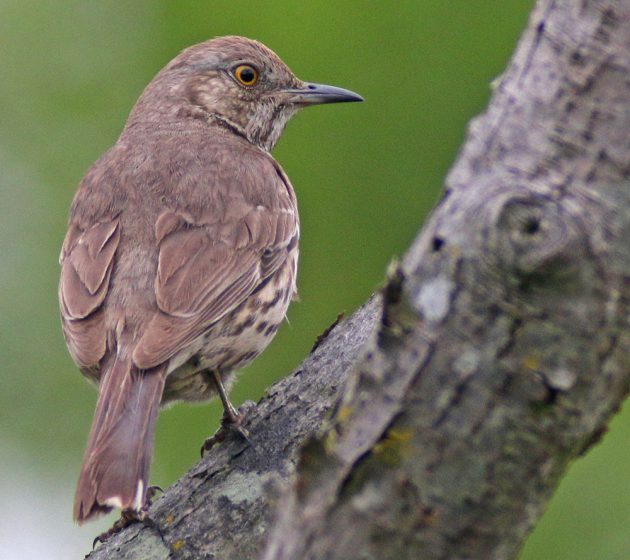 This is not something that I would expect to see in Queens.

I knew immediately the bird was a mimid and Sage Thrasher was the first bird that came to mind as it does have a pattern of vagrancy to the northeast. Below is my train of thought as best as I can remember it…

I’ve only seen Sage Thrashers a few times before, all on my trip out west several years ago, and I don’t remember them looking so brown. What else it could be? It can’t be a Brown Thrasher because the tail is too short, the bill isn’t big enough, and it isn’t the rich rufous color of a Brown Thrasher. But could there be freakishly colored Brown Thrashers out there? That doesn’t make sense. Wait, what about other thrasher species? It isn’t any of the ones with big, curved bills, but what thrashers haven’t I seen that maybe it could be? This must be something good. I can’t let this bird get away unidentified…

As I thought through the identification options the bird hopped back down on the path and foraged its way north as I followed slowly behind, digiscoping it repeatedly, being careful not to push the bird but trying to observe it as best I could while documenting. I caught the white spots on the top of the tail tip after a bit but I had no idea what species that would match up to. Then the thrasher hopped up into the bushes and made its way back towards where I first saw it. I wanted to get word out to everyone that I had a good bird but I didn’t want to be the idiot that was missing something obvious that made this a common bird. I took some back-of-camera photos of some of my pictures and tried to text them out to Seth Ausubel, who I knew was home after having birded earlier. But my cell signal sucked and the pictures took forever to get through. So I gave up and called him and talked through what I was seeing and finally the photos went through and he seemed excited but didn’t want to make the call immediately so he sent the photos on to other birders.

In the meantime, I realized that in search of a better signal I had walked quite a way distant from where I had left the bird so I started heading back and then it hit me that another awesome birder was probably nearby, as Anthony Collerton and I had parted ways after the Wilson’s Plover, me to head straight for the Burrowing Owl search and him to stop off and look for White-faced Ibis before also trying for the owl. His email about his successful ibis search had hit the listserv awhile back and he should have been getting close to Queens. So I called him and he was fifteen minutes away and I blabbered relatively uncontrollably but he got the idea and said he would be there as soon as he could. Seth called back saying that people were pretty sure it was a Sage Thrasher. Then I remembered Facebook existed and started trying to get my back-of-camera photos to load so I could hundreds of experts looking immediately. By the time they loaded Anthony had arrived and the bird popped right back out onto the path within seconds of his arriving and he said “Sage Thrasher” just as essentially every birder in the west said the same via Facebook. It was exciting! 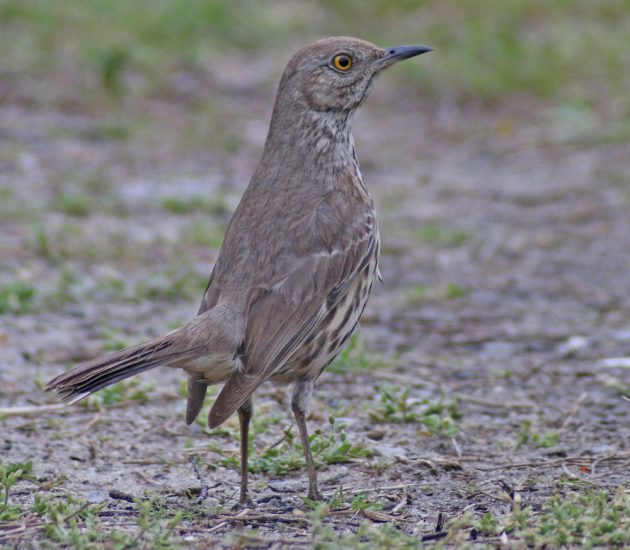 I mean, how cool is finding a bird this rare for your region?

We sent the word out via the listserv and made some phone calls and soon the New York birding world started arriving. Everything was very orderly. As birders arrived if the bird wasn’t immediately visible we walked down the trail with them until it was in sight and then we came back, being careful not to push the bird at all. This worked very well up until the time I headed off to get Desi from school and, from what I understand, up until the end of the evening. 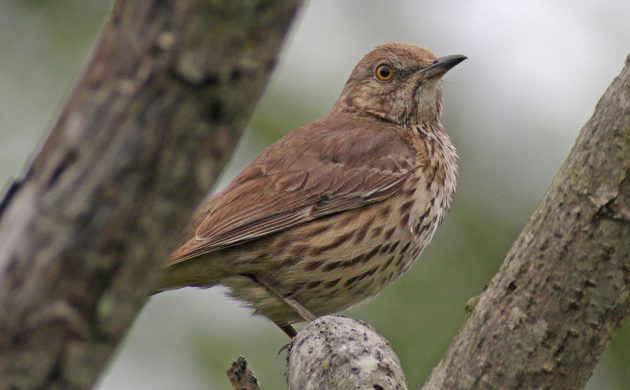 Why would we push such a rare bird? It was very site-faithful and could be seen easily without spooking it.

The next day it was found again in the same spot and was enjoyed by many but for some reason it started making its way north later in the day, well away from where it had been foraging. Had the system that prevented the bird from being pushed broken down? It’s unclear but what is clear is that the bird wasn’t found on Sunday and has not been refound since.

This was the fifth state record for Sage Thrasher and the first since 1973. (That individual was also at Jamaica Bay.) It’s easily the rarest self-found bird I’ve ever had and I’m still excited thinking about it four days later. It was also my second Queens bird and third New York State bird in less than twenty-four hours, an amazing run that I doubt I’ll manage to match ever again, barring an amazing weather event. 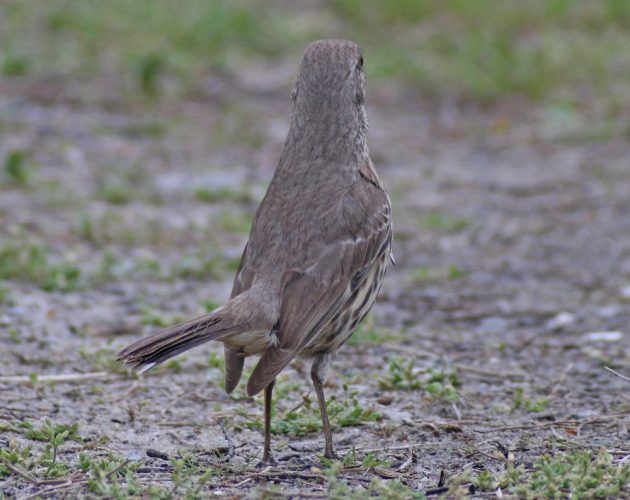