Christine Guarino is a serious birder in a funny hat. When she is not writing about chickadees, identifying out-of-place sparrows, or tracking down winter finches she stays busy educating future generations of birders in her job as a high school biology teacher. If you ever have a chance to go birding with Christine, take it, as she will find at least one bird that you would have missed.

The first time I held a wild bird in my hands I was about 8 and my father found a recently fledged Northern Flicker. We mistakenly believed the bird to be in trouble, or abandoned, so we picked it up in a shoebox and took it home. We named him Flicker, because we are that creative, and took him home to raise him for a while, until he could fly a bit better. We read that Flickers ate berries so we harvested the strawberries out of my mom’s garden, supplemented those with some nice cat food, and did our best to keep Flicker well fed. We weren’t the best Flicker parents, making a bit of a mess when we fed the bird, and our Flicker always had a bit of a strawberry mustache on his impressive bill. After about 2 weeks with us, he decided to take his leave, and flew off into the neighbor’s White Pines and seemed to be doing OK. I cried my eyes out, but Flicker was hanging out with some other Flickers, so I tried to get over it.

A few days after his heartbreaking departure, while my family was having dinner, we heard quite a commotion in the back yard, and when we went to take a look, we saw that Flicker was back! Are you wondering how we knew it was our Flicker? We could see his strawberry mustache, of course. Being a spry 8-year-old, I climbed the Maple he was in, reached over, and picked him up. He sat in my hands for a moment, looked me in the eye, and gave an ear-piercing shriek as I wished him luck before he flew away for good. Maybe he was saying thanks. I was certainly thanking him when my college essay about him, titled, creatively, My Friend Flicker, got me accepted to my top choice college about ten years later!

Now I realize that Flicker never needed our help, but he did get me into college, so it worked out well for both of us. Having the chance to hold a wild bird in your hands is an amazing experience, but is not something that we should undertake without good reason, for the birds’ sake as well as our own. Bird banders do it routinely but I don’t think the thrill of holding something as amazing as a bird in your hand ever wears off. I have had the opportunity to help a few bird banders in my short tenure as a birder and I must admit, it is addictive.

Recently, I had the chance to help band Northern Saw-whet Owls in the Shawangunk Mountains of Ulster County, New York. Glenn Proudfoot is part of a small group of researchers in North America that bands these birds as they shift out of the boreal forests of Canada in October to find a bit of winter respite in the more temperate latitudes, say around Maryland and North Carolina. The birds only stay in this area for a few short months before they return north in late winter to breed. For some unknown reason, at this time of year they can be called in with audio broadcast of their territorial call.
Their song is a monotonous repeated “toot toot toot” that sounds like someone whetting a newly sharpened saw, like people used to do when these birds were first identified by early ornithologists.

The night I was lucky enough to help out, we caught 5 owls. A few weeks earlier Glenn caught more than 30 in one night. A light mist net that is set up near the broadcast unit playing the digitally recorded call traps the birds when they fly in to investigate. Every 45-60 minutes the nets must be checked so the birds don’t get too tangled or too cold, and also to prevent the Barred Owls from finding them and, uh, I’d rather not say what would happen then. The tiny owls, which are SMALLER than an American Robin, are carefully untangled from the netting while keeping a firm grip on their little feet, which pack quite a formidable set of talons. The little owls are then unceremoniously stuck head first into a tube constructed of two 6-ounce tomato paste cans taped end-to-end. Taped together into a pyramid, 12 cans form a 6-pack, with a handy carrying loop. “What if you catch more than six,” I asked, of course. “I stick the rest in your pockets,” replied my new best friend. The nets are cleared of any debris and the owls are whisked into the little shed where they are measured, weighed, and basically treated as humans are when they are abducted by aliens, minus the probe. Well, except usually there is a DNA swab taken of the inside of their mouth. This year, Glenn has run out of DNA swabs, and doesn’t have the budget to buy more because each swab costs $1.50 (but I think he accepts donations). He caught at least seven times as many owls as last year (52 last year, 379 and counting this year) so probably wasn’t anticipating using up all the swabs. The birds’ molt pattern of the flight feathers is recorded, a few wing measurements are taken, a few feathers are donated to science, and the owls are again unceremoniously stuck head first into a tomato paste can to be weighed. The little owls patiently put up with this somewhat inconvenient treatment, occasionally snapping their bills to remind you who’s boss, receive their new metal leg bands with dignity, and are ready to be released.

After the first owl of the night was processed, and Glenn had smoothed its feathers, he asked me if I wanted to release it. My stomach did 15 somersaults but I tried to retain my cool, unflappable demeanor, and I said, incredulously, “You’re going to let me hold it???????” I felt like an 8-year-old again.

I grasped the little feathered legs, keeping the talons safely inside my hand, and carefully walked into the crisp evening with the tough little owl. I was amazed at how light the 80-gram bundle of feathers was in my hand. I carefully tested the talons with my other hand and they were sharp as needles: big needles. The claws are about twice the size of a housecat’s and the foot can grasp with significant force around the spinal column of an unwary rodent, easily breaking a neck or piercing a skull and some vital organs. I just looked with wonder at this amazing creature, a tiny killing machine. I let the owl’s eyes adjust to the dark for a few minutes, gave it a little pat on the back and opened my hand. It calmly swiveled to look me in the eyes, and I knew it would be just fine. I didn’t need to wish it luck as it flew off silently into the cold night, but I did say thanks.

Welcome Wednesday is that special day of the week where we invite you to share your insight, excitement, and angst about issues pertaining to wild birds and birding. If you’ve got something important to say, 10,000 Birds can be your soapbox. If you think reading about birds and birding and everything that goes with them is fun, imagine writing about your favorite topic! Whether Welcome Wednesday inspires you to write about conservation, a first encounter with a particular bird, your favorite birding spot, or anything else related to our free-flying feathered friends, feel free to contact us about writing a Welcome Wednesday. 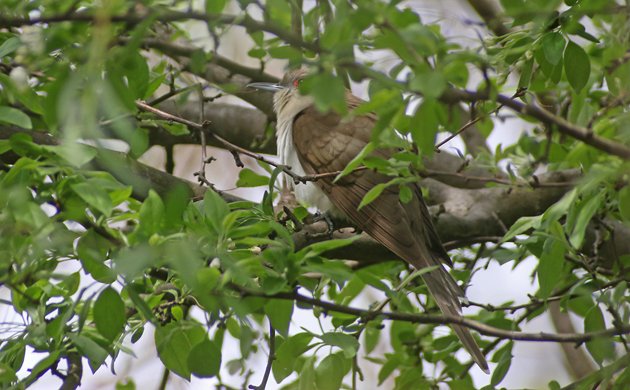