As lovely as the Sage Grouse were, our trip had another primary mission — to see the amazing, highly endangered black-footed ferret. Here’s a little sketch of what it’s like out there searching for one of North America’s rarest mammals:

She looks like a cross between a Loch Ness Monster/kitten hybrid — a blunt fuzzy head, with small round ears and shining eyes in a black mask, atop a serpentine body equipped with an elongated neck and stubby little dark legs. If we get close enough we might see a pink maw and slivers of white teeth, ready to take a prairie dog by the throat and choke the life out but also rather perversely adorable. Ferret 492 — a black-footed ferret, Mustela nigripes — raises her head from a black-tailed prairie dog’s burrow, sniffs the April night. No coyotes in sight right now, the Great Horned Owls are off in the cottonwoods closer to the river. She draws herself up out of the hole and goes humping on to the next. Maybe this is the one.

She hardly pays attention to the beam of light shining on her. But the four of us in the truck, the ones shining that light, are certainly paying attention. We’ve barely slept. As two in the morning moves towards three it’s getting too cold for comfort out here, even though the day was warm and there isn’t much wind, not for the high plains. We’re only doing this for her.

We watch as she dashes across the short, sparse grass to the next prairie-dog burrow to the left. She enters, but stays down for only a few minutes, then she’s up to repeat the performance, out of the edge of the spotlight beam.

“Left! Left!” Mike and I yell, trying to be helpful, and Randy swivels the spotlight until it picks up green eye-shine again. She heads down another hole.

“Ok,” Randy says, and locks the handle that holds the beam in place. We all emerge from the truck, not as gracefully as the ferret emerged from her hole. Randy picks up the scanner box from the back.

Our shadows stretch ahead of us as we walk to the hole. The ferret raises her head again — up periscope — and hesitates. She’s dealt with creatures like us before; it was unpleasant but not fatal. Also ferrets are curious animals, explorers, willing to take risks; they’ve had to be. She looks at us, then ducks down, then back up, as we draw closer. Only when we’re within a few yards does she disappear and stay down.

At the hole’s edge, we watch for a minute. Sometimes a ferret will stick out a nose, hoping to get a better look at us, creating a photo op. Not Ferret 492, though. She’s getting back down to business.

Randy opens up the scanner box, a black plastic object that looks a lot like a cheap tool chest. Inside is the ferret scanner: a metal loop just about the size of the entrance to the average black-tailed prairie dog burrow, wired to a small digital read-out screen nestled in waterproof foam rubber inside the chest. When a ferret passes through the loop, the screen displays the unique number from the microchip that the ferret carries subcutaneously. That’s how we’ll eventually learn for certain that we’ve been watching Ferret 492, out of all the fifteen black-footed ferrets that currently live on the Charles M. Russell National Wildlife Refuge.

Once the loop is in place, we leave the scanner box — it’s marked with red reflective tape to make it easy to find again, although Randy also takes a GPS reading just to be sure — and pile back into the truck. Randy puts it in gear and returns to sweeping the spotlight across the night prairie, watching for green eyeshine, for more ferrets. We’ll do this until the dawn breaks over eastern Montana. 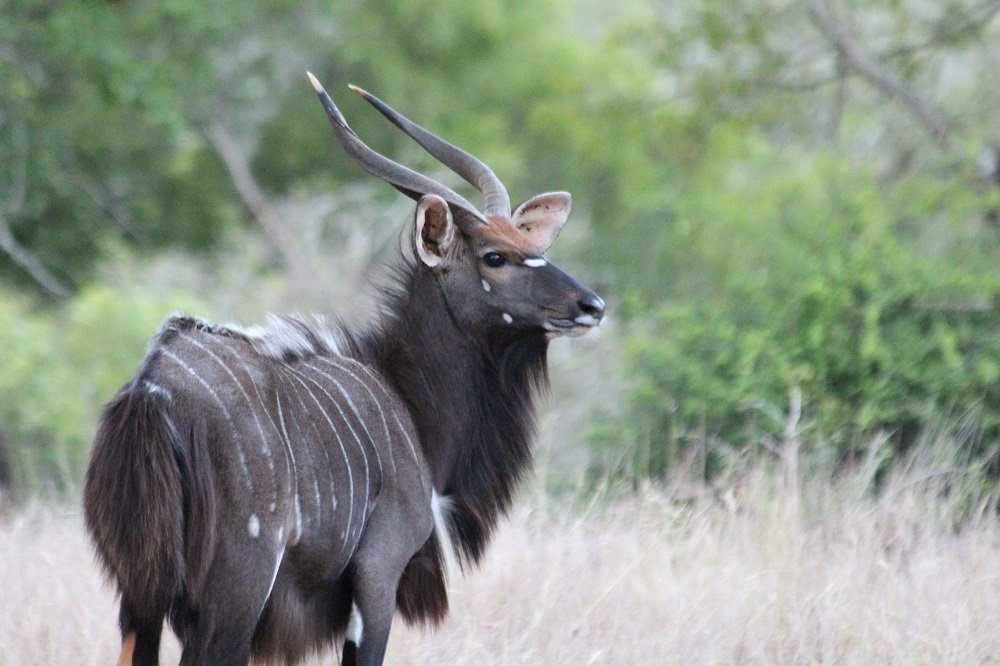