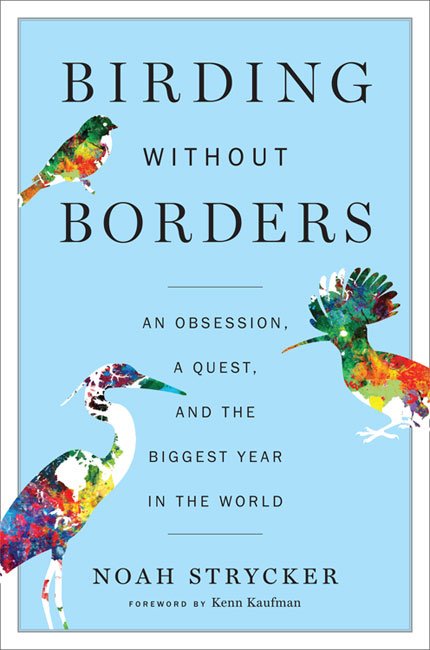 The most impressive photograph in Noah Strycker’s new book is not one of a bird, but of the author.  He’s standing next to a pile of several dozen birding guidebooks — the stack is fully as tall as the 5’9” Strycker himself.

He digitized and downloaded all of them, he says, in preparation for his 2015 Big Year — a whirlwind trip around the world in an effort to see 5,000 bird species in one year, something never before done.

The result is his delightful new book, “Birding Without Borders: An Obsession, a Quest, and the Biggest Year in the World.”

The downloading effort itself must have been mammoth, but it was only part of what Strycker says was an intense five-month preparation effort.

He contacted local birders, hundreds of them, around the planet, telling them of his project and giving them his itinerary.  (He had decided, for budgetary and style reasons, to eschew professional guides and tour companies.)   Most of these locals, enthusiastic about the Big Year, befriended him and let him crash on their couches.  Often they had no guiding experience and no English, sometimes they seemed eccentric to the point of imbalance (or genius), such as Gunnar Engblom, the “bird-crazy Swede of Peru,” who showed Strycker the Black-Spectacled Brushfinch (#1027), an endangered bird with a tiny range; and the gorgeous Golden-backed Mountain-Tanager (#1112), a “real stunner” that Strycker considered one of the best sightings of his year.

In other words, as a group Strycker’s guides are as colorful and interesting, and as much a part of the book, as the birds themselves.  How could you not love a guy, for example, like Freddy, who, while leading the way up a pack trail on a remote Argentinean mountain range, with sheets of rain coming down – it was impossible to get any wetter, Strycker says – turns and says “Me gusta esta Cerro Negro!” – I like it this way!  (Rothschild’s Swift and Mitred Parakeet, ## 342, 343.)

And in India, when Strycker tied the previous one-year record, his guides Sanu and Harsha took a fair amount of trouble to make sure that a special bird, the Sri Lanka Frogmouth (“nocturnal and not easy to see!”) was available as the record-breaker, (#4342).

More poignant is the story of another guide, Hugo Enriquez.  Hugo made a plan for the Guatemalan portion of Strycker’s Big Year, including a shot at finding the elusive and odd-looking Horned Guan.  He was an extraordinary guide and an excellent companion by all accounts — including this eloquent post from the 10,000 Birds blogsite, where Strycker learned, just a few days before their scheduled meeting, that Hugo had been killed in an auto accident.

There are a bunch of other Big Year books — Strycker names the ones that influenced or inspired him — and they can be a mixed bag.  (And not a few birders are dubious about the concept of the Big Year itself.)  Sometimes the avian aspect of the project takes a back seat to the self-help or self-discovery part.  “Birding Without Borders” is not one of those.  Whatever soul-searching Strycker engages in – for example, about putting his life on hold for a year while chasing birds around the world – is done with a light, unobtrusive touch.

(But when, while starting out in Antarctica, he states his intention that the  year not be “just about numbers,” don’t believe him.  It was about numbers.)

When things go wrong, as is inevitable on a trip of this kind (car stuck in mud in the middle of nowhere with a flight to catch in two hours; a rip-off guide; or “no downtime, no alone time, and no rest”) Strycker is relentlessly upbeat.  Even on a previously scheduled rest stop at his home in Oregon, he can’t resist going birding with friends (Tufted Puffin, a clumsy flyer but an elegant swimmer, #2701).

“When all your energy is focused on a single purpose,” he says, “nothing else seems to matter.   That feeling can be incredibly seductive.”

It needs no spoiler alert to say that Strycker did, indeed, meet his original goal (in the Philippines, with a Flame-crowned Flowerpecker, #5000, accompanied by the inevitable, but actually pretty good, ribaldry).  But it would be unfair for a book review to reveal how much further he got on his tally, or what his final extraordinary total was.  Suffice it to say that the numbers predicted on this site by Corey and two commenters, in 2014, when Strycker announced his plan, all were low.

Strycker, an Associate Editor of “Birding” magazine and author of a really fine 2014 book, “The Thing With Feathers:  The Surprising Lives of Birds and What They Reveal About Being Human,” is obviously a brilliant birder and a fine writer.  And he proves himself, in “Birding Without Borders,” to be a charming companion-on-paper, as well.

Mark Gamin, a Cleveland lawyer and birder, is a frequent and appreciated reviewer for 10,000 Birds.

Kenn Kaufman's Flights Against the Sunset 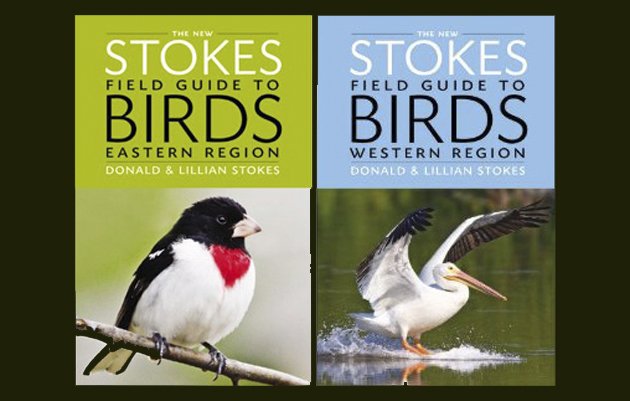 « Previous post
Dawn in South Carolina
Next post »
Should Puerto Rico be Part of the ABA Area?