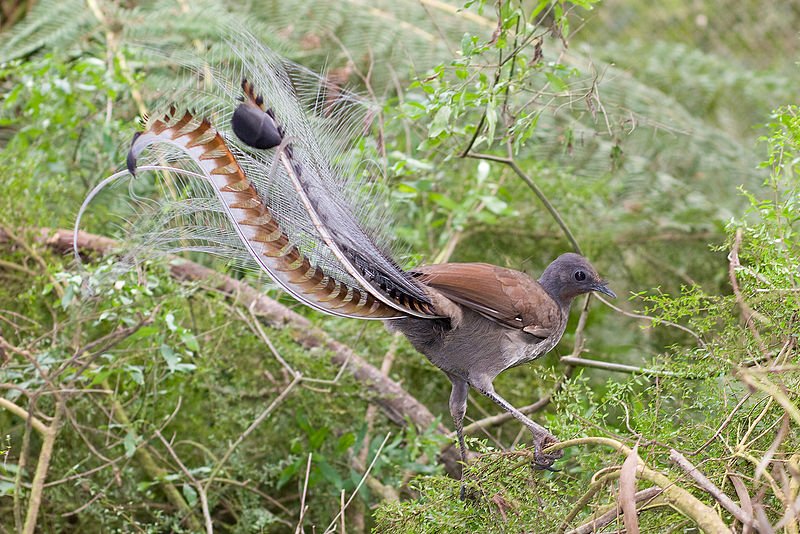 Luck. In Terry Pratchett’s Discworld Novels luck is the goddess that only the foolhardy worship, or even mention by name. Call her the Lady. She can give, or take away, on a whim. And birders know a lot about luck. Yes, you can prepare yourself by knowing calls, habitats, behaviour and personal diary of a bird, but it’s all for nothing if the Lady decides that the bird you are after has a pressing lunch engagement on the other side of town. Or even just behind a bush.

I mention luck today because I never have any when it comes to Royal National Park, in Sydney. I’ve tried going there twice, and twice I’ve had to deal with torrential rain. Rain, in Sydney! A city that for most of my life has been gripped in perpetual drought. But not for me, not when I go there.

This last time, a few days ago, started promisingly. Unlike last time, I brought a car, so that I could penetrate deeper into the forest. And in the forty minute drive from the airport to the park the skies held and I even managed to add a bunch of birds to my year list; easy species like Australian Ravens, Sulphur-crested Cockatoos, Nosiy Miners and Magpie-larks. But as soon as I hit the park, the skies opened. I drove as far as Lady Carrington Drive (the track to bird in this park), parked, and headed down the track. It started.. okay, with a Grey Fantail and some Eastern Yellow Robins before the rain really hit. After that.. nothing. I decided to keep walking, hoping that something interesting would appear when the rain eventually stopped.

It took a very long time to stop, and I had walked a fair distance. And once it had, things very pointedly declined to appear. Okay, I got some Brown Thornbills, but three birds for almost 50 minutes in one of the greatest parks in Australia? It was going to be quitting time soon (I had to head over to my Gran’s before heading to my cousin’s birthday). And then, and then… There it was.

It was large. On the ground. Almost immediately I knew what it was, even before I saw it clearlyone of the special birds of the park, of Australia even. A Superb Lyrebird, and not 8 metres from me  in the ditch on the side of the path. And it didn’t run. I froze, and it then climbed a log off the path, occasionally scratching the rotting bark, until it was level with me, still about 8 metres away. Lyrebirds are big, one of the biggest songbirds, and look not unlike a cross between a pheasant and a thrush. This one was not a full grown male, it’s tail wasn’t very elaborate, but I couldn’t tell what sex it was yet. But it stopped at the top of the log, and looked at me and then around. And then it began to sing. The song of the Superb Lyrebird is legendary, and with good reason (you can see a famous clip of one singing here). They are mimics par excellence, capable of mimicking over twenty species. As I said this one was not full grown, although definitely male, and his song was much simpler than the one David Attenborough (may he recover quickly) encountered, but there was definitely some variety and at least one honeyeater alarm call. Think of it as the early concerts of a band that is going to be huge. But ultimately what mattered was that I got a five minute command performance where I was the only audience, from a distance so close I couldn’t believe it. Or move a single muscle, in case the magic broke and he noticed I was there (hence no photos of my own). And as birding experiences go I have very few to rival it. And all after a walk that I had almost written off. 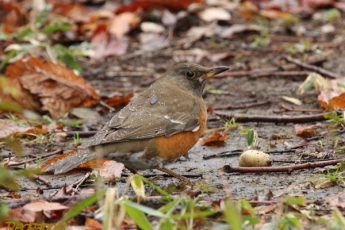 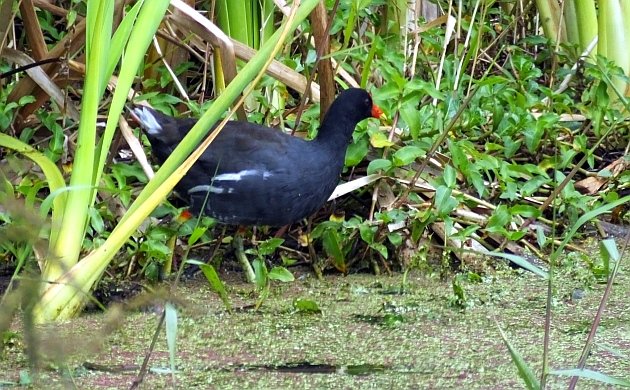