The new additions to the life list were:  White-tailed Sabrewing; Rufous-vented Chachalaca, Blue-backed Manakin, Venezuelan Flycatcher, and Japanese Cormorant. The first four were seen in Trinidad and Tobago and the last in China.

The Collaborative’s all-time country with the most species observed is Costa Rica, with 784 species, out of 911 observed on eBird overall! There are seven provinces in Costa Rica, and all have had checklists submitted, and they have between 304 species (Guanacaste) and 612 species (Alajuela). 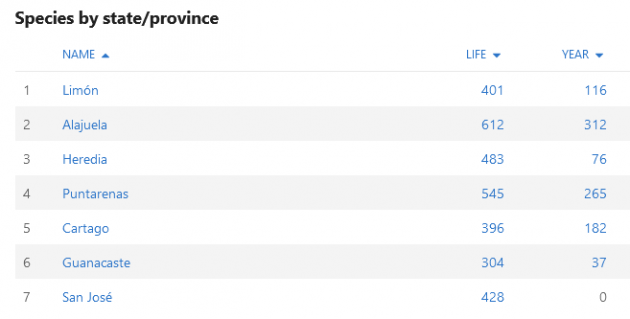 As has been clear for a long time, if you want to see lots of different species, go to Costa Rica!