The U.S. Fish and Wildlife Service (FWS) is considering changing the status of the endangered Black-capped Vireo:  it has proposed delisting it entirely.  The Black-capped Vireo is the smallest vireo in the U.S. and it breeds in the scrublands of Texas, Oklahoma, and northern Mexico. It winters on the Pacific coast of Mexico.

A reasonable birder could respond to this change in a variety of ways, from satisfaction that another bird species has recovered to concern that FWS is caving to rapacious corporations at the expense of an endangered bird. (If your perception is tinted by politics, note that FWS proposed delisting during the Obama Administration, not the Trump Administration.)

Fortunately, the process by which a species is delisted is actually quite transparent:  anyone with internet access can review exactly what FWS proposes and precisely the scientific evidence FWS says supports the proposal.

The processes of listing and delisting a species under the Endangered Species Act are largely the same: FWS must propose a “rule,” which is published in the Federal Register.  It must provide an opportunity for the public to comment and it must consider those comments before issuing a final rule.

The Black-capped Vireo was identified as a “candidate” for listing under ESA in 1982 and it was listed as “endangered” in 1987, when there were approximately 350 birds.  The threats at that time included: (1) parasitism by Brown-headed Cowbird, (2) loss of habitat due to urbanization, and (3) succession, which occurred because fires were suppressed, resulting in the loss of the vireo’s early successional habitat. FWS issued a recovery plan in 1991 and a five-year review that proposed downlisting to “threatened” in 2007.

In 2012, a petition to delist was filed by ranching and agriculture groups and conservative legal organizations. FWS agreed that the species had recovered sufficiently and proposed a rule delisting the vireo. The proposed rule is here and virtually all relevant documents, including all of the supporting scientific literature, can be found here. All of the comments are here. FWS also issued a FAQ regarding the proposed rule. 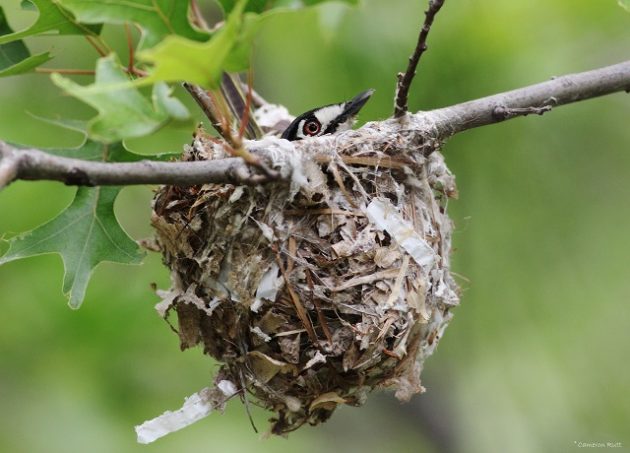 The proposed rule identifies the scientific support that FWS argues supports delisting. Broadly summarized, FWS says the vireo’s population has increased dramatically and management has reduced many of the threats to the bird.

For example, there are four major populations on public lands—including one on Fort Hood, the largest U.S. Army base in the country— and FWS estimates more than 14,000 birds on these lands alone. Of course, there are also many birds outside these areas:  FWS states that there are 14 populations with more than 100 adult males (a “likely resilient population”) and 20 additional “manageable” populations (30-100 males).

Moreover, management to control parasitism by Brown-headed Cowbird has improved vireo breeding success. And the expansion of prescribed fire as a wildlife management tool has improved and maintained breeding habitat. Indeed, it appears that the “rangeland” habitat used by the vireo has actually increased within its breeding range. Long term population forecasting modeling indicates that the species will persist for at least 50 years, even under worst case scenarios.

We have carefully assessed the best information available regarding the past, present, and future threats to the black-capped vireo. Our analysis indicates the known threats at the time of listing, habitat loss through land use changes, livestock grazing, and vegetation succession, and brown-headed cowbird parasitism, are reduced or adequately managed. Regardless of the listing status, we expect prescribed fire and other management actions to continue in the eastern portion of the range because they represent actions that are necessary for landscape and rangeland management and are aligned with the conservation mission of many landowners. Additionally, no new threats have been identified. We find that the species has recovered so that it no longer meets the definition of endangered or threatened under the Act.

Thus, FWS proposed delisting with a five-year monitoring program to insure that the vireo is actually able to maintain adequate population levels. The comment period closed in February 2017, and not all commenters were fully convinced, including Audubon Texas. 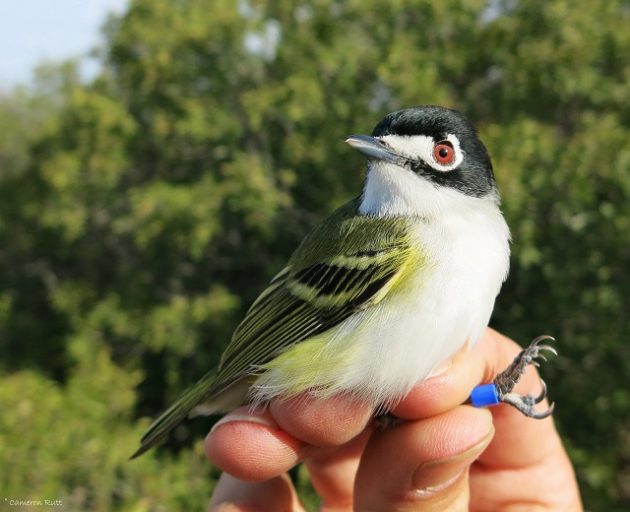 It is worth noting that the Black-capped Vireo’s endangered status was one of the reasons Balcones Canyonlands NWR was established in 1992. The refuge is managed in part for the vireo as well as the Golden-cheeked Warbler. The refuge and its high-quality vireo habitat will endure.

The listing of species under ESA is important to maintaining avian diversity, and, therefore, of considerable interest to birders. The process can seem opaque, but it is actually quite transparent and anyone can review the evidence for any listing decision, including the upcoming decision regarding the Black-capped Vireo.

UPDATE:  The Black-capped Vireo was delisted in April 2018.