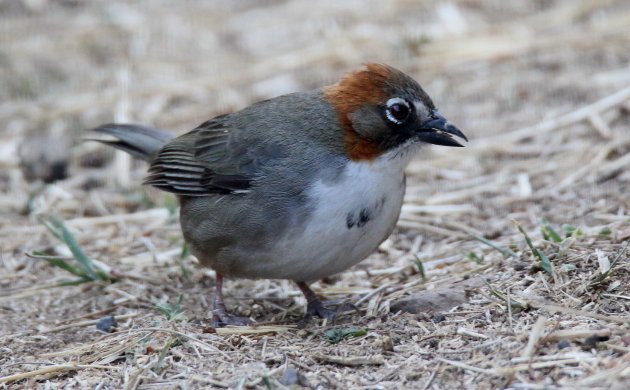 Most birders love a good double-hyphenate. Except, of course, for those who don’t yet know what a double-hyphenate is. Double-hyphenates are birds with two hyphens in their common name, which is a characteristic that suggests a high degree of rarity or difficulty. Common birds, you see, tend to have simple names, like House Sparrow, House Finch, or House Wren. (Yeah, a lot of birds like hanging around houses.) A few even manage to have one-word common names, like Ovenbird, Veery, or Bushtit.

Now, any hyphen in a common name can give a bird street cred. But not all hypens are created equal. A hyphen in a bird’s “first” name can occur pretty much anywhere, which is why the United States has a good supply of birds like White-crowned Sparrows and Yellow-rumped Warblers. But, because common names in English come from the U.S., Canada, and the British Isles, simple names predominate there, and you pretty much have to leave those regions to find a good hyphenated “second” name. And a double-hyphenate, well, that would definitely involve a trip.

(Oh, all right, I’ll admit that you could stay at home and still enjoy your Yellow- and Black-crowned Night-Herons.)

Fortunately for me, my adoptive land of Mexico is rich in, precisely, double-hyphenates. Among our bird groups with many such species are the Wood-Partridges, Quail-Doves, Ant-Tanagers, Forest-Falcons, and Tody-Flycatchers. And hey, who can forget the Foliage-Gleaners?

Except that all those are tropical jungle groups, found mostly on the other side of Mexico from where I live. On Mexico’s southwestern side, our double-hyphenates include the Magpie-Jays, Shrike-Vireos, Ground-Sparrows, and Brush-Finches, equally charismatic groups that prefer somewhat drier regions. Today, I would like to introduce you to members of the latter two groups.

Ground-Sparrows may or may not share a genus with the brownish Towhees of the southwestern United States. But, however their taxonomy eventually turns out, the Ground-Sparrows’ comical faces distinguish them visually from their drab Towhee cousins. Ground-Sparrows have faces that border on the clownish. Here is our local species, the gloriously double-hyphenated Rusty-crowned Ground-Sparrow: 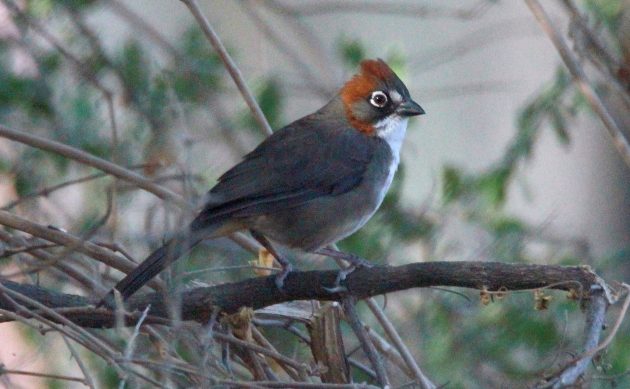 There are two more species of Ground-Sparrows in Mexico, the White-eared, and the White-faced, or Prevost’s, Ground-Sparrow. They are even more clownish than our Rusty-crowned Ground-Sparrow. And I hope to see them some day, I really do. But meanwhile, I can entertain myself with the two local members of another group of hyphenated New World Sparrows, the Brush-Finches.

Brush-Finches are a large group of New World Sparrows that occur from Mexico to South America, but enough of them occur in Mexico that their genus name (Atlapetes) comes from our country’s Aztec language. Our two local varieties look quite different, but both are unusually colorful Sparrows that prefer fairly moist woods. The Rufous-capped Brush-Finch is easier to see, and occurs in comparatively lower altitudes over much of central Mexico. I have learned to look for it when I hear a persistent chipping, similar to the call of the Wilson’s Warbler, but louder. 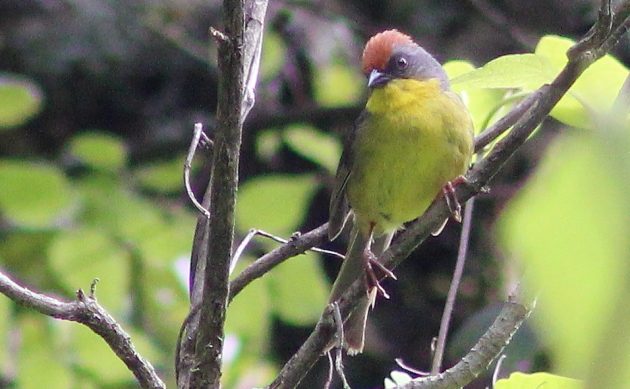 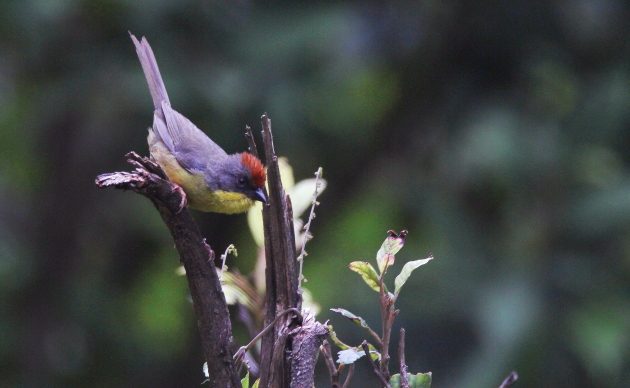 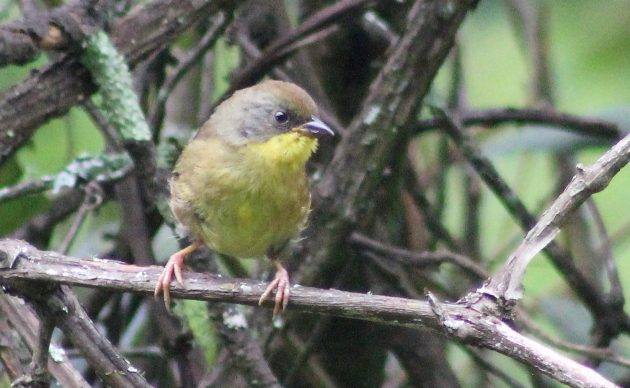 Male and female Brush-Finches look the same. But juveniles are much more drab.

The Green-striped Brush-Finch is a larger, ground-loving skulker. It prefers the higher reaches of two quite narrow strips of the Trans-Mexicanc Volcanic Belt. It was also one of the first really cool endemics I encountered here, and holds a special place in my heart. 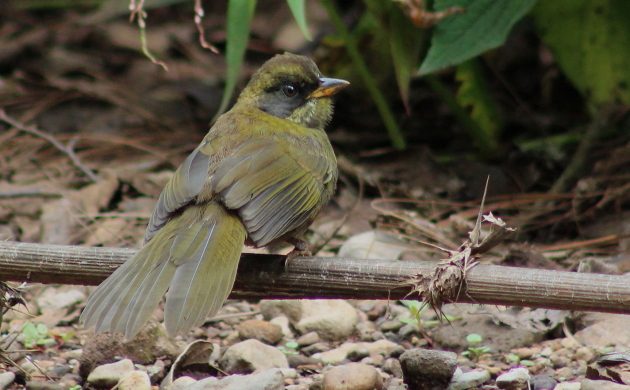 The juvenile Green-striped Brush-Finch is drab enough that you might think the species was nothing special. 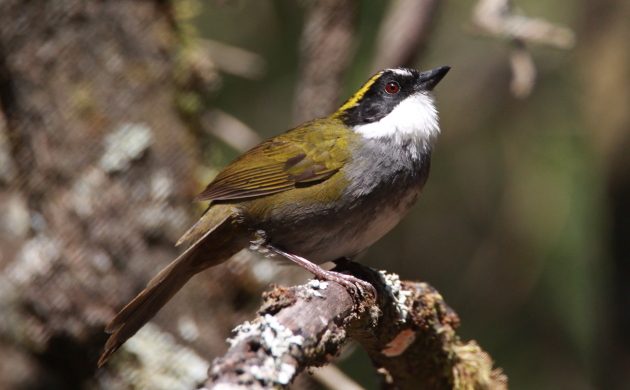 But check out this adult!

Both the Ground-Sparrows and the Brush-Finches are well worth getting to know. But you will have to head south to do so.

Note: There has been a disturbing trend to drop the hyphen in many “second” names, or to fuse their two parts. So you may see Brush-Finch written as Brushfinch, and Ground-Sparrow as Ground Sparrow. I have chosen to ignore this trend, because it messes with my enjoyment of double-hyphenates. 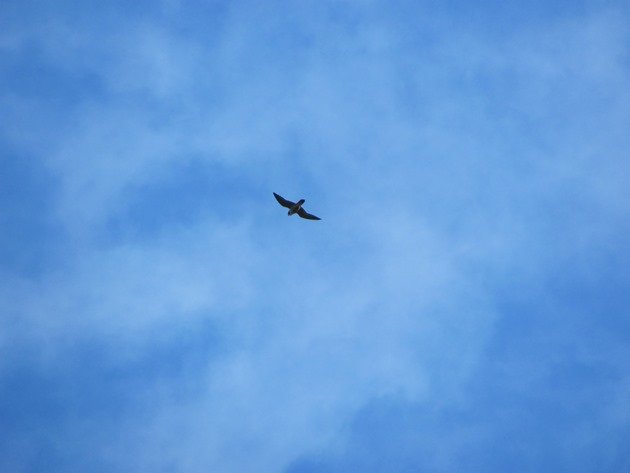 Where Are You Birding This Final Weekend of June 2014? 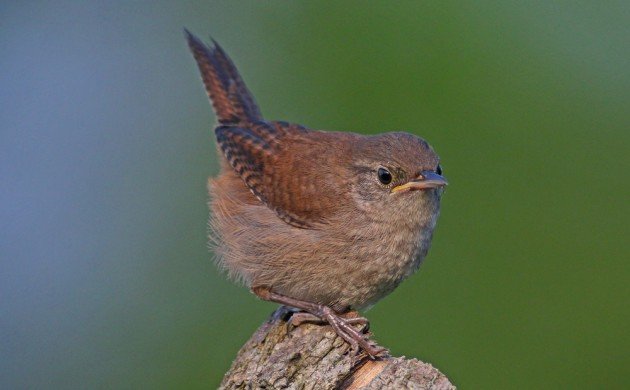 Best Bird of the Weekend (Third of August 2019)