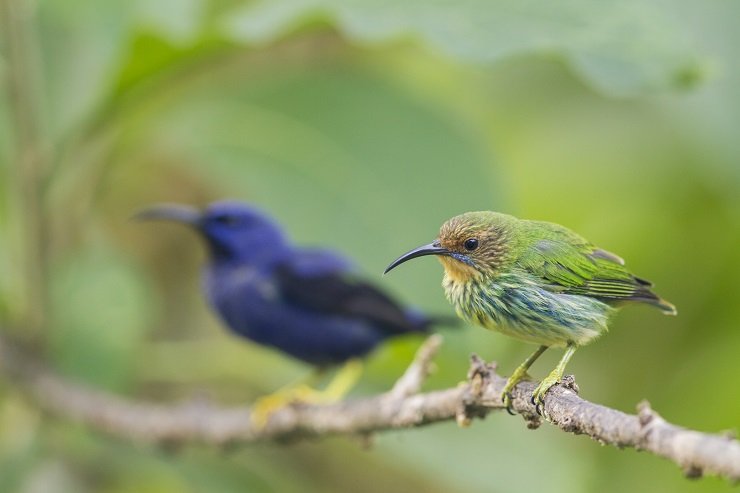 The islands and surrounding islets of Trinidad and Tobago boast an astounding list of almost 500 species of birds. For such a small place, birders are often spoiled for choice, there seems to be a representative of almost every neotropical family making their presence felt in some corner of habitat. On this blog, I have spoken previously of a trend I managed to pick out while compiling the information for a book I published last year. There is a recurring theme of threes within the multitude of bird species in T&T, you can see for yourself in some previous posts I made. We have three each of hermits, antshrikes, resident warblers, manakins, trogons, and spinetails. There are of course a few more which I intend to get to in due course. Today, I’ll touch on honeycreepers.

Honeycreepers are members of the Thraupidae family of tanagers. Truth be told, only two of the three are from the Cyanerpes group of true or “typical” honeycreepers. All members of this group are small, richly coloured birds with long, curved bills that are used to feed on nectar – only some of the time, though! Honeycreepers have a multitude of food sources including but not limited to: flowers, fruit, berries, insects, spiders, and other small arthropods.

The honeycreepers found in T&T have a widespread distribution across the neotropics and are familiar sights for those seasoned in birding this region. The Purple Honeycreeper that is found on Trinidad is actually an endemic subspecies to the island, and has a slightly longer bill than its mainland relatives.

A pair of the endemic subspecies of Red-legged Honeycreepers on Tobago.

One characteristic is consistent across the three species though, and you may have realized it from the choice of images for this post – honeycreepers are social birds and are often found in pairs or small groups.

A View from the Bridge 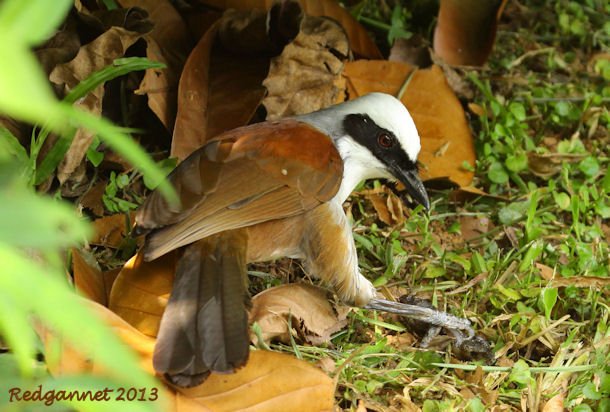