One of the key features of birds, and I use the term “key” literally, is vocalization. Very few other vertebrates use sound so socially and so critically. Primates are exceptional among the mammals, living amphibians (which represent only a small part of the original amphibian family tree) are pretty noisy too. Fish are mostly silent on the matter.

Birds are also unique or rare, depending on the trait, in the present day with their feathers, their particular modality of flight, their unusual respiratory system, and in being bipedal. But all those features but flight are found widely in the theropod dinosaurs including those that are clearly not birds. So they were not originally special bird features, and exist as such today only because of the extinction of velociraptors and tyrannosaurs and such. Flight is not unique among vertebrates, but fairly rare, and early bird flight was not like modern bird flight in really important ways (such as gliding cff. powered flight, or two wings vs. four, etc.) So, probably, there were things we would have to call birds that were less like modern birds in how they flew than are modern bats.

Vocalization is central to bird behavior and evolution. It is costly, it determines mating success, it defines and controls territoriality, and in some species may be communicative in other ways as well. It has generally been thought that the key anatomical feature of bird vocalization, a modified larynx called the syrinx, is not found in anything but birds. But, that was once thought true of feathers, the bird respiratory system, and other things bird.

There is a new find that does not address this question at all, but rather, sets us up for much improved understanding of the evolution of the bird syrinx.

Syrinx, named by T. H. Huxley, is Greek for pan pipes. It is a partly calcified section of the wind pipes, including the two pipes that go to the lungs, and part of the single pipe that those pipes join to form. The calcified parts hold softer, and also modified, parts in place. When air passes through the syrinx, these softer parts can vibrate, making sound. Muscles change the three dimensional configuration of the pipes to cause or alter sounds. The exact details vary across different kinds of birds. Song birds use the two pipes in the lower part of the syrinx differently to make more complex sounds, for example. 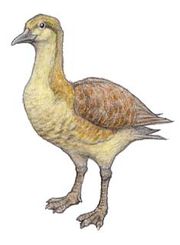 The different main groups of living birds differentiated from one another prior to the extinction of the dinosaurs, ca. 66 million years ago, and one of those groups gave rise to the ducks and geese. One of the few reasonably well studied really early true birds is a member of this group, the genus Vegavis. They lived in what is now Antarctica and probably went extinct during the great dying. The type species is Vegavis iaai. Indeed, Vegavis iaai is the primary fossil evidence for placing the differentiation of the major groups of birds this early.

The syrinx is relatively soft tissue, but some is calcified, and what the heck, sometimes soft tissue gets fossilized, though very rarely. And, guess what? The syrinx of Vegavis iaai has been found and reported.

So a bird feature, the syrinx, was found in a bird. This is not necessarily surprising or earth shattering. But, it is extremely important. The fossil record is a dangerous place. It is very easy to find oneself way out on an inferential limb with a couple of fossils that are not contextualized by a continuous or sufficiently rich fossil record to really draw safe conclusions. For example, say someone found a larynx of a theropod dinosaur, and it looked a bit funny, like may be it was more syrinx than larynx. How would this be best interpreted? Well, obviously, you go find contemporary aves syrinxi to compare. But there aren’t any! Except, of course, there are, or should I say, there is one, so far, to make that comparison.

In other words, this find anchors the evolution of a key bird trait, maybe THE key bird trait, in time, space, phylogeny, and anatomy, pretty firmly. That is very remarkable for soft tissue, and stunning as a find since it happens to be the soft tissue you would want to study first to understand the evolution of our feathered friends. (A look at the brain would be nice too, of course.)

From complex songs to simple honks, birds produce sounds using a unique vocal organ called the syrinx. Located close to the heart at the tracheobronchial junction, vocal folds or membranes attached to modified mineralized rings vibrate to produce sound. Syringeal components were not thought to commonly enter the fossil record, and the few reported fossilized parts of the syrinx are geologically young (from the Pleistocene and Holocene (approximately 2.5 million years ago to the present)). The only known older syrinx is an Eocene specimen that was not described or illustrated. Data on the relationship between soft tissue structures and syringeal three-dimensional geometry are also exceptionally limited. Here we describe the first remains, to our knowledge, of a fossil syrinx from the Mesozoic Era, which are preserved in three dimensions in a specimen from the Late Cretaceous (approximately 66 to 69 million years ago) of Antarctica. With both cranial and postcranial remains, the new Vegavis iaai specimen is the most complete to be recovered from a part of the radiation of living birds (Aves). Enhanced-contrast X-ray computed tomography (CT) of syrinx structure in twelve extant non-passerine birds, as well as CT imaging of the Vegavis and Eocene syrinxes, informs both the reconstruction of ancestral states in birds and properties of the vocal organ in the extinct species. Fused rings in Vegavis form a well-mineralized pessulus, a derived neognath bird feature, proposed to anchor enlarged vocal folds or labia5. Left-right bronchial asymmetry, as seen in Vegavis, is only known in extant birds with two sets of vocal fold sound sources. The new data show the fossilization potential of the avian vocal organ and beg the question why these remains have not been found in other dinosaurs. The lack of other Mesozoic tracheobronchial remains, and the poorly mineralized condition in archosaurian taxa without a syrinx, may indicate that a complex syrinx was a late arising feature in the evolution of birds, well after the origin of flight and respiratory innovations.

Patrick O’Connor, a vertebrate paleontologist and expert on relevant fossil record, has an excellent writeup on this find in Nature. Click here to see it, if it is not behind a paywall.

In his remarks, O’Conner says something very interesting: “I suspect that there are additional examples of this seemingly avian-specific structure already in museum collections around the globe.”

That is a fair thing to say about any find like this. The fossil itself would not look like much, unless one was looking for it. Older collections, which often involved putting lots of stuff in boxes and ignoring it while focusing on a few sexy finds, are full of things that have not been looked at carefully.

However, this is also the kind of thing one says when one has heard things, but can’t say more because one is not too sure. Depending on one’s area of expertise, one might have this sort of knowledge about a few classes of fossils. Perhaps O’Conner’s seemingly hopeful but not verified suggestion is more of an educated guess and tells us that there is more to come sooner than later. In any event, soft tissue was found preserved well enough to say something important about a key, if not the key, trait that we associate with birds and by which they, aves, distinguish themselves from all others. 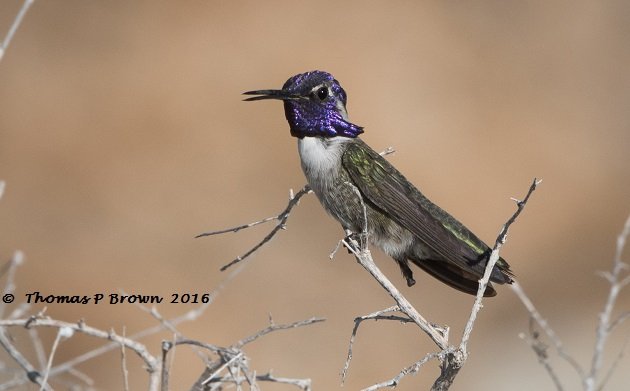