Ah, nemesis birds. We crave you. We hunt for you. We make up elaborate theories as to why we haven’t seen you.

And then, sometimes, we do see you.

Take the Golden Eagle. This massive, magnificent raptor is not uncommon ’round these parts, and it is known to frequent roadsides and utility poles. I should have seen it ages ago. But between the fact that I don’t drive and plain cruddy luck, I just hadn’t run into one of these baddest of birds yet.

That changed last Sunday, on the road from Helena to Missoula with my friends Deana and Megan. The drive is an incredibly scenic one, so much so that I probably seemed antisocial on the trip since I basically had my nose pressed to the window glass the entire way. Black-billed Magpies, Common Ravens, and fascinating geological formations were all along our route. A pair of Tundra Swans flew in parallel with us for a while, and a single pronghorn grazed by the side of the road. And, what I’d most hoped for and given up on seeing – above two of the ravens, finally, a second-year Golden Eagle circling the sandy-colored post-snow-melt fields.

Normally a nemesis bird demands long looks, but birding from a car forbids such indulgence. Still, my brief view of the eagle showed it worthy of its name, and put me in a good mood for the rest of the week. Not only did I have a tick, and see a great bird, but now in the finest nemesis bird tradition I can anticipate seeing Golden Eagles everywhere, all the time, as nature intended. There goes one now!

Besides that happy upside, there is of course the other post-nemesis-spotting tradition — drafting a new one from the roster of near-nemesis contenders that have been nagging the back of my mind by their persistent absence from my life list. And that is where you, my beloved readers, come in. Help me pick between:

Gray-crowned Rosy Finch: It’s plain embarrassing that Corey and half the other birders in New York have seen one, and I haven’t, despite hanging out in much more appropriate habitat.

Red-naped Sapsucker: I found one dead from a window strike my second month in Missoula. Not hide not feather of a live one since. That’s just perverse.

Golden-winged Warbler: An old foe that I should have seen back in New York. But I’d have to go back to New York, or at least back east, to see it.

Native grouse or other gallinaceous bird to be named later: Speaking of embarrassing, the only such birds I’ve spotted in the state are the introduced Ring-necked Pheasant, Wild Turkey, and Gray Partridge. On the other hand, I have a solid if secret plan to change this, and unless that somehow falls through it seems unfair to set a nemesis up just to knock it down in a month.

Great Gray Owl: A worthy successor to the Golden Eagle in terms of butchness. But is a bird that’s hard for everyone really a personal nemesis? I could just as easily pick the Black Rail, and everyone knows that no one has actually ever seen a Black Rail.

Vote now, or pick your own suggestion! 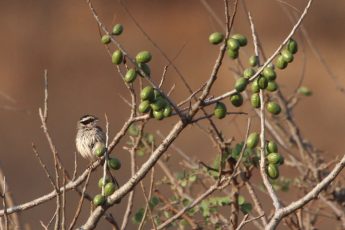