Of Snowflake Birds and the Cold War

My transition from being a kid interested in all kinds of animals to being a full-on birder happened when I was around 11 years old, in the early 1980s (oh dear!). I was given my first real field guide to the birds of Europe by my parents, a guide beyond the species found at backyard feeders and city ponds. For the next few years, I spent countless evenings going through the pages over and over again, learning about all the species I’d previously had no idea even existed since they don’t show up in German backyards all that often. It was during these long evening sessions that I allowed my mind to wander to far-away destinations, making plans and coming up with strategies on how to see them all with a minimum amount of trips. However, all my keen travel plans and strategies frequently hit a snag roughly two-thirds into the book when I got to the page depicting a fine, delicate bird: the Azure Tit.
My childhood in the 1970s and 1980s was of course shaped by family, friends, playmobil (very popular in Germany back then), and school but also to a certain extend by the Cold War. As a kid I still understood little of world politics, but I understood very well that all the countries behind the Iron Curtain were off-limits to me. The Cold War had been going on long before I was born and there were no signs or indications whatsoever in the early 1980s that it would ever end. I was therefore of the firm opinion that there was no way imaginable that I was ever going to see an Azure Tit, whose world distribution was essentially confined to the Soviet Union. Since all birds are brighter on the other side of the fence, the Azure Tit became something of a mythical creature, its plumage mirroring the image of Russia as a wintery place where Azure Tits would swirl around Father Frost like snowflakes in a storm. This made me truly sad. Yes, in the face of all the human tragedy the Cold War caused it may seem a miniscule aspect, but to a young boy who was passionate about birds, it wasn’t. This was where the Cold War hit home, more direct and unjust than all the nuclear threats in the world could ever do.

In 1996, during my university days at Greifswald, I was invited to join an excursion to eastern Kazakhstan, travelling along the Chinese border from Almaty to lake Zaissan and back. The Cold War was over, the Soviet Union had ceased to exist and the Russians? They were friends now. Since we were travelling along the border with China, we would frequently camp near military outposts manned by Russian soldiers, and they always came over for tea, invited us to barbecues or provided us with food if we needed something, sending armed guards to watch over our camps at night and protect us from “Chinese bandits” who they said would occasionally cross the border to rob or kidnap foreigners. As cheesy as it may sound, these experiences with what I was taught all my life were foes wanting nothing more than my demise were life-changing. During this trip, on one of our long driving days travelling on to our next camp, we stopped at a small bridge crossing a river lined with rows of poplars and willows. Everyone got out of the car, happy to stretch our respective bones and do some exploring of the area while our drivers had a smoke. I had just headed out onto the bridge to scan the river when a few faint bird calls caught my attention and I turned my head towards the willows. Two small white bundles of feathers emerged from the leaves, danced through the air across the road and landed in a low bush a few feet in front of me. Azure Tits. My first ever Azure Tits. Yes, times had definitely changed. For better. Much better. 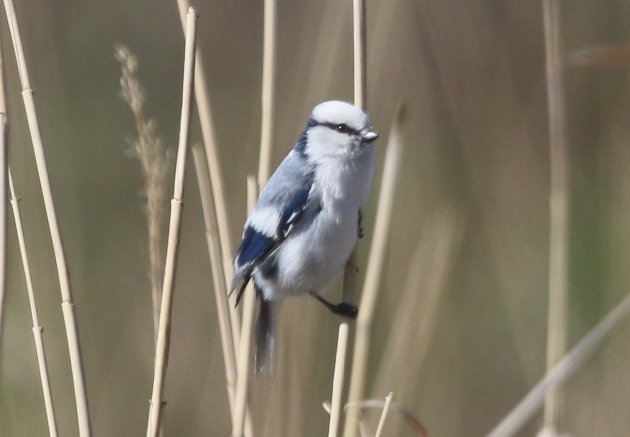 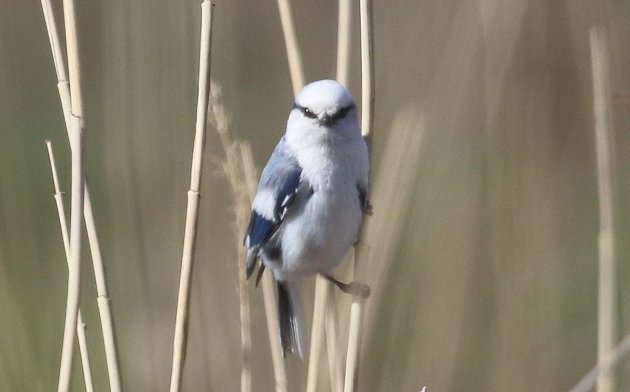 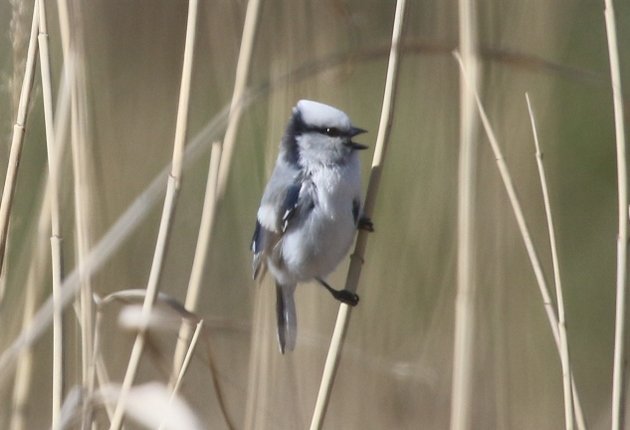 During the following 21 years I was fortunate to travel to central Asia on more than 10 occasions, and I would see Azure Tits – or their former sub-species Yellow-breasted Tits – quite frequently. My last encounter was in a reedbed at the edge of Astana in May of this year, where the images above were taken. In spite of all the encounters I have had and the travels I have done, each sighting of Azure Tits brings with it a deep appreciation that I should never take them for granted. And while a change in the wind has occurred again in the last few years, it is reassuring that this wind still can’t keep me away from them, as it kept away a young boy some 35 years ago.