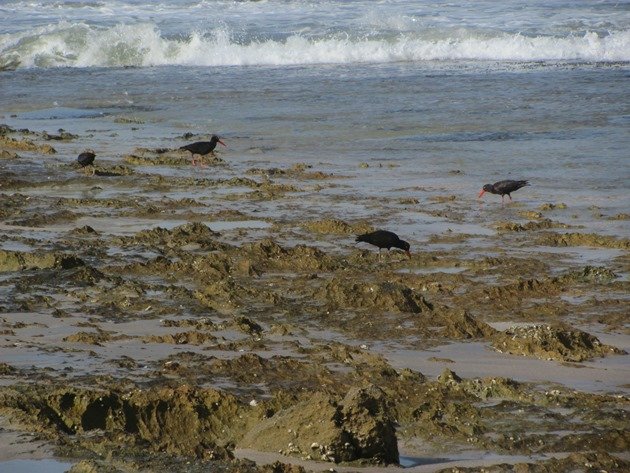 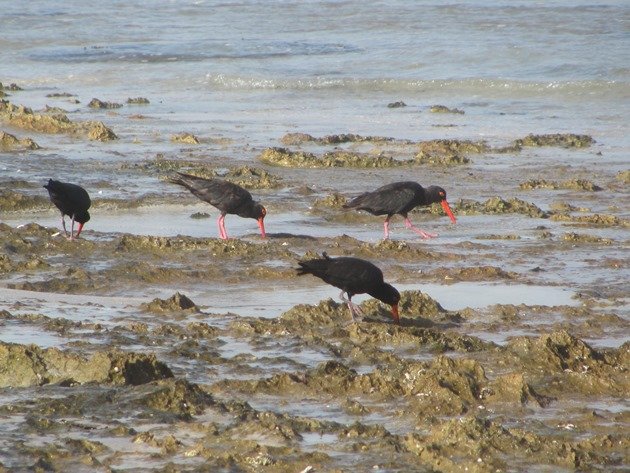 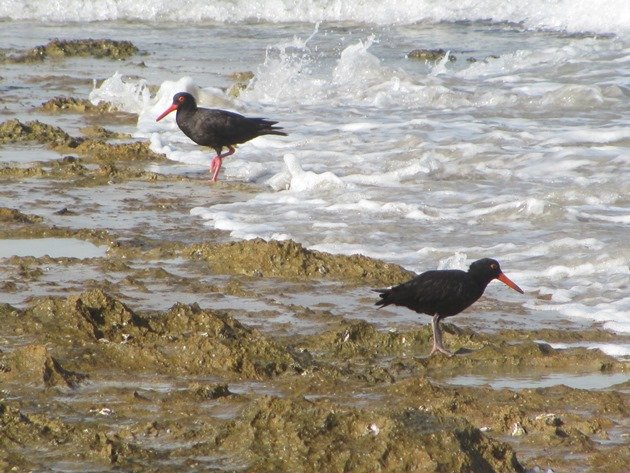 Sooty Oystercatchers-adult at the rear and juvenile at the front 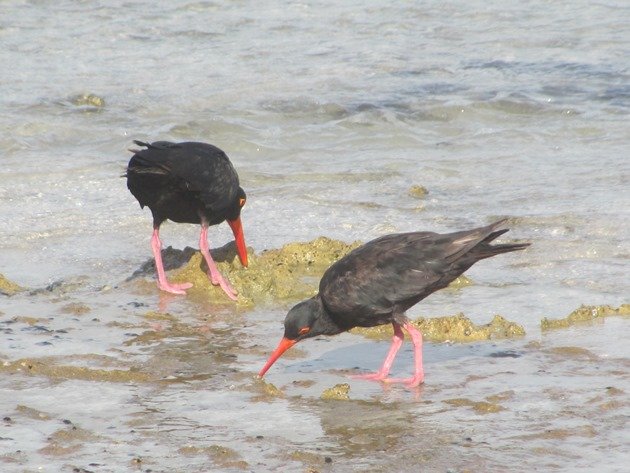 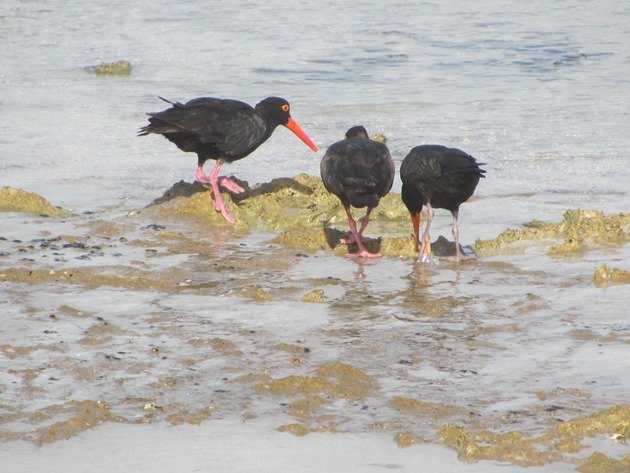 Sooty Oystercatcher juvenile on the right with parents 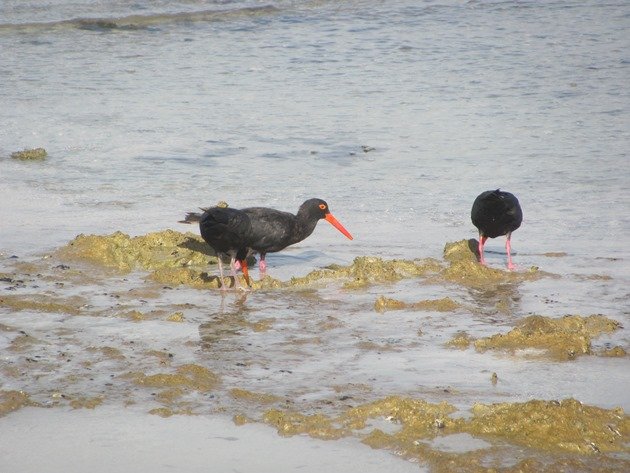 Sooty Oystercatcher juvenile on the left with parents 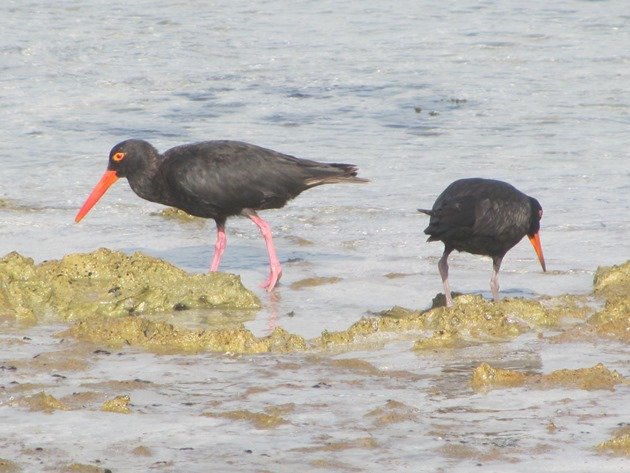 Sooty Oystercatcher adult to the left and juvenile to the right 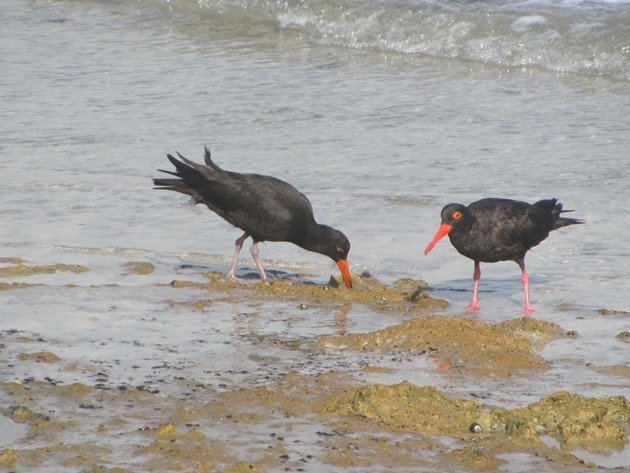 Sooty Oystercatcher adult to the right and juvenile to the left 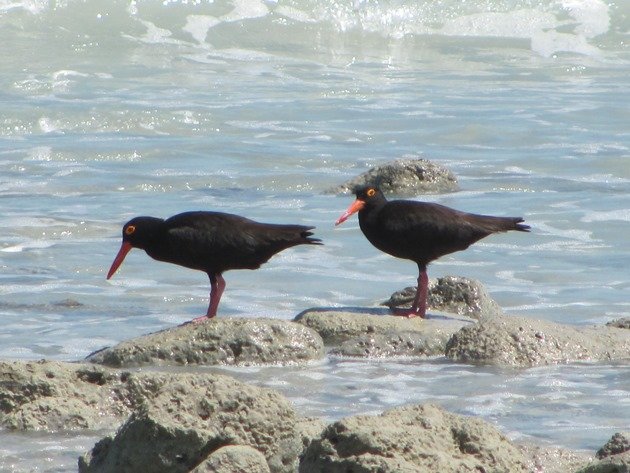 It is currently believed that the population of Haemotopus fulginosus ophthalmicus is around 7500 and that the population of Haemotopus fulginosus fulginosus is around 4000. The bill of the female Sooty Oystercatcher is slightly longer and narrower than the male bird, which is also apparent in Pied Oystercatchers. Oystercatchers in general in Australia are much more inclined to walk off rather than fly and this family were more than happy to let us observe them feed from quite close quarters. Numerous people were walking by enjoying the coastline in the early morning while they fed on the reef. We encountered several other Sooty Oystercatchers on our trip, but this was the only family group. 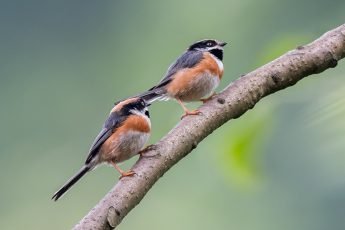 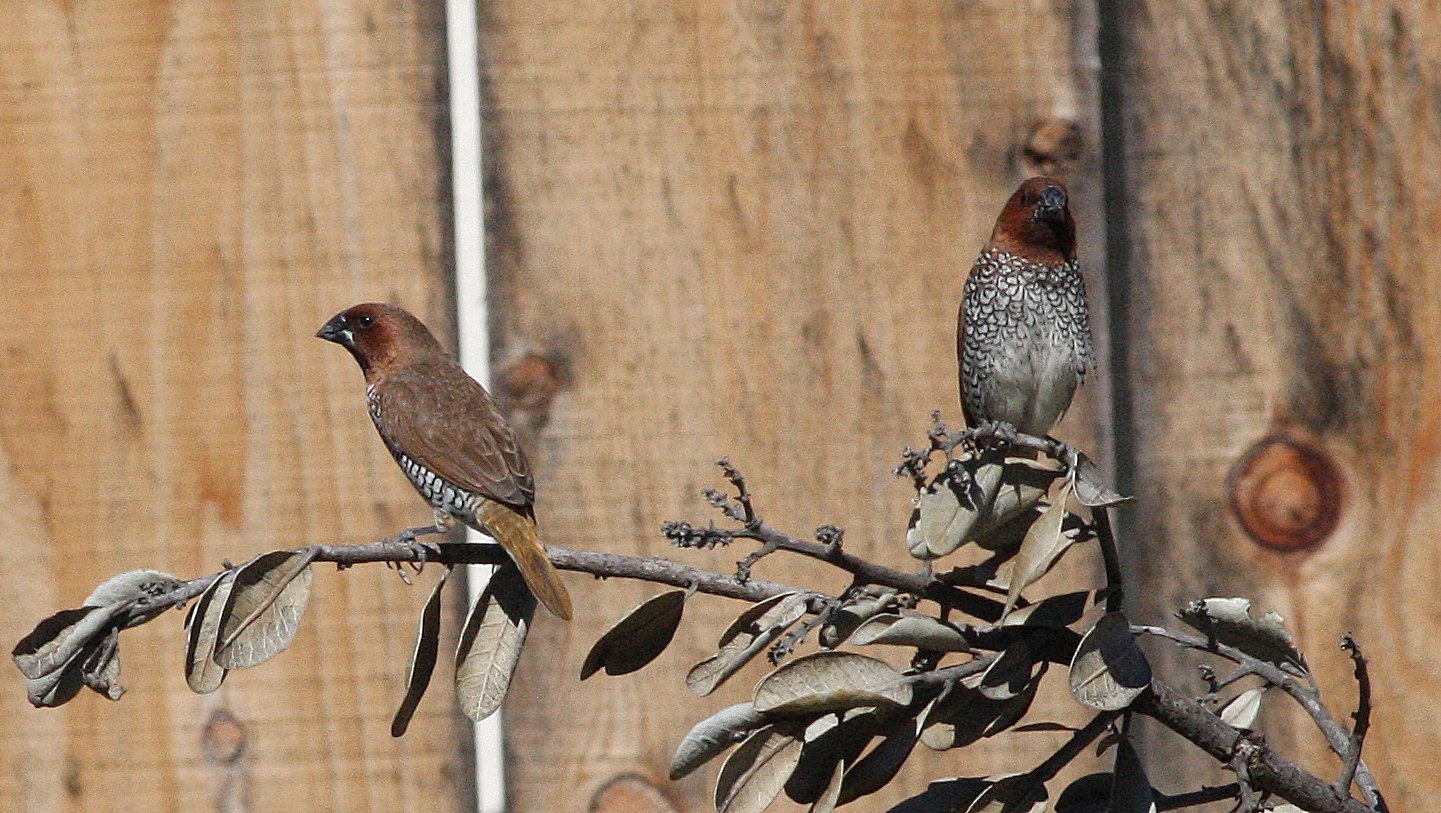