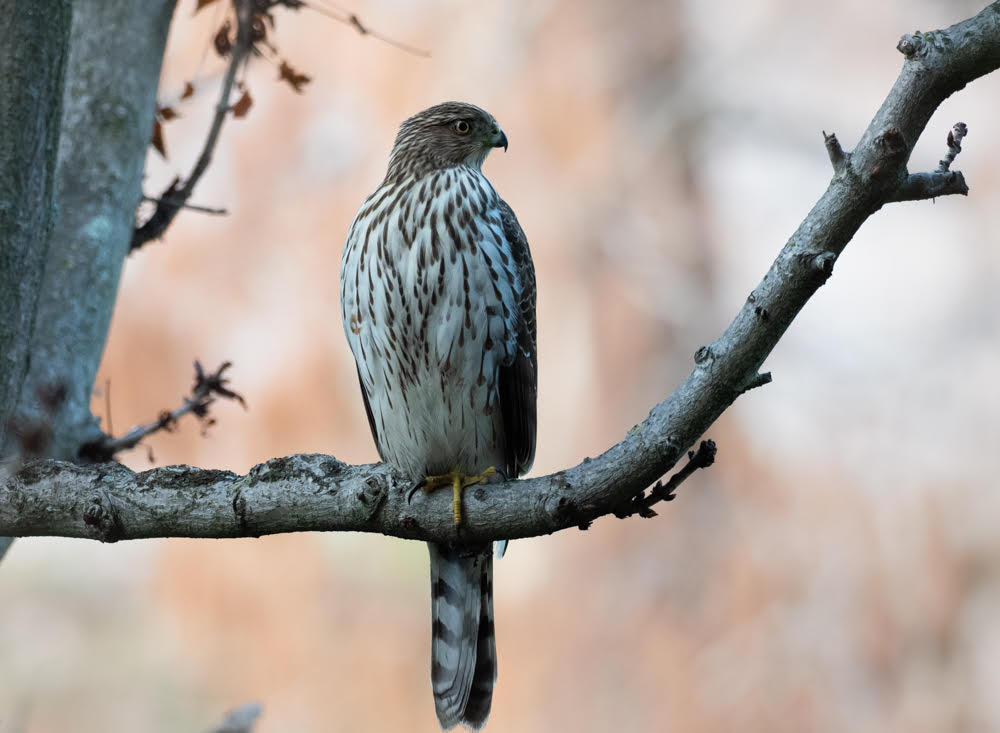 Above is a gorgeous photo of a Cooper’s Hawk by Ingrid Taylar. The bird is just chilling out, waiting for the urge to fly.

The bird below is also waiting, but not to fly. He is simply waiting for someone to move him from the filthy plastic bucket where he is tethered next to a gas pump. The concerned person who took the photograph approached a Lukeoil Station in Northvale, New Jersey to inquire about the bird’s well-being, and the owner said dismissively that he could do whatever he liked and had four more birds at home.

One might assume this is a falconry bird, but it’s not.

Anyone with even a passing knowledge of birds knows the efficiency and delicacy of their respiratory systems. Here’s a quote about bird lungs from Britannica: “Himalayan geese have been observed not only to fly over human climbers struggling to reach the top of Mount Everest, but to honk as they do so.” You know how you feel start feeling sick and lightheaded if you inhale gas fumes? Now imagine you have the lungs of a bird.

When the photo was posted on social media, people immediately began making calls – to the local wildlife rehabilitation center, the state falconry club, and the wildlife division of the state wildlife agency. But since it wasn’t a wild bird and it wasn’t a falconry bird, it wasn’t under anyone’s control.

Both falconers and wildlife rehabilitators have to study, gain experience, and jump through various hoops in order to get their licenses. But in many states, any idiot with 20 bucks can get a permit to own a captive-bred bird of prey. They can spend a little more money and effort, and get an Exhibitor Permit for public display.

One’s ability to own an exotic species varies from state to state. For instance, you can own a lion in Alabama, but not in California. You can own a gorilla in Indiana, but not a bear in Michigan. You can own a yak in Kentucky, but not a cheetah in Maine. In Mississippi you can own an ocelot, but not a wolverine. In Oregon you can’t own any “dangerous” wild animals, but you can get a special permit for a service monkey and anyone can fill their backyard with giraffes. Are we fed up yet? 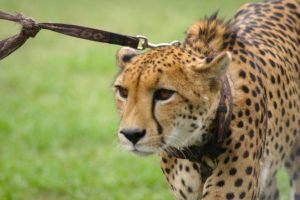 Whether or not any of this should be legal is another subject. The point is if you see a bird or animal being kept in the condition of this peregrine/gyrfalcon, take a photo, get the address, then call your state’s Department of Environmental Conservation or Protection and ask for the Exotic Species Division. No guarantees, but in this case the agency had already given the owner a warning and was responsive and willing to investigate complaints.

Birds should be treated with care and reverence, not left hooded and tied next to a gas pump like a character in a Mitch Rapp novel.