The death of Lonesome George has robbed the world of not only a (sub)species (albeit one that has been functionally extinct for a long time since) but of one of the few celebrity reptiles. The short-sighted monkey creatures in charge of our planet have long equated “cold-blooded” with “evil”, and while amphibians have generally been rehabilitated into the cute/charming category — except in Australia — reptiles still get short shrift in the world of ecological marketing.

For this reason, I’d like to take a break from my bird recital and talk for a minute about the truly marvelous reptiles I saw in Spain. Specifically, I encountered what I can only describe as a plethora of fascinating and engaging lizards. Since I encountered no lizards at all growing up, this did a lot to contribute to my vision of Spain as a magical fairyland. And I’m not even counting this guy.

Now, I’m no herper. Most of the lizards I saw were identified to the extent of “Oh, there’s a lizard! Yup, magical fairyland.” I spotted a lot of small lizards emerging from cracks in walls, which makes me think that at least some of them were some sort of Wall Lizard. Others I suspect of being Spanish Psammodromus, scurrying about the edges of fields and rocky, shrubby areas.

But the lead lizard of Spain, in my heart, was the Iberian Emerald Lizard. Closely related to the more prosaically-named (and more prosaically-colored) European Green Lizard, it looked a bit like Gaudi had gotten the design specs for his iguana passed through the hands of a dedicated bonsai artist. The blue head is vivid and distinct enough to look as though it may have come from a whole different species, or planet, than the grass-green body. Moreover, like any good creature of wonder and magic, it ran out into the path in front of me as I puffed down a cow path, stopped dead to give me a look, and then darted out of my life forever when I reached for my camera.

I don’t know how the lizard felt, but the encounter warmed my blood. 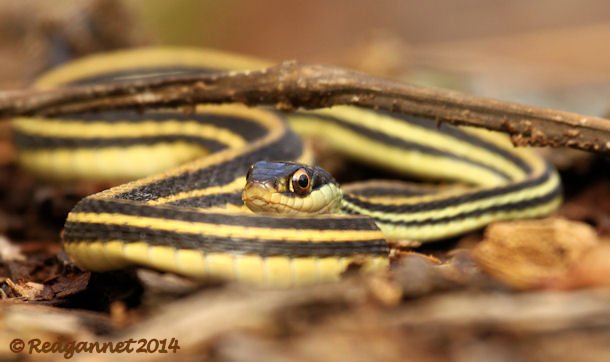