Stop and stay, don’t move that mouse. I still know my audience – this is primarily a blog read by birders in North America, who see the term “squirrel” as little more than a synonym for house sparrow, starling, pest and cholera. But bear with me for a second: this post presents a different context for a different squirrel. This is not about feeder competition and chicken wire. And the squirrel I will post about is indeed what it seems: a cute, little, ferocious, nest-predatory, butt-kicking, cuddly and adorable native critter of Europe, the Eurasian Red Squirrel. And aren’t you glad it is.

Germany, like most of Europe and very much unlike North America, is home to only one species of squirrel. We don’t begrudge you the diversity though, because we have reed warblers and you don’t. Except for Hawai’i, which – by the way – I have never heard come up in trans-Atlantic warbler discussions. Anyway, the Eurasian Red Squirrel. It doesn’t raid bird feeders. Our winter birds are doing fine. I just wanted to get that out of the way before I continue.

As someone already pointed out on the blog that is the sole reason you switch on to the Internet in the morning, the Eurasian Red Squirrel  is more arboreal and much more agile than the vast majority of its North American family members. And while it also occurs in city parks and cemeteries within human habitations, it is not quite as tame as the urban Gray Squirrels of America, and I have never been able myself or seen someone be able to hand-feed one. What I have been able to do though is to enjoy the frequent company of one particular Eurasian Red Squirrel which lives next door to my office – literally, as my office is on the third floor and the squirrel’s drey is, too. So to speak. The view from my office window towards the squirrel trees on the right. The squirrel frequently peeks into our office when it walks along the window sills. Its drey – one of several in the garden – is located a few feet below the tip of the skinny spruce between the two bigger conifers. It uses the little porch roof seen at the lower left of the previous image to move between the building and the trees. Which sometimes leads to cool views.

Much like the common squirrels of North America, it does not really hibernate but tends to spend cold snaps all snug and cosy in its drey, waiting for milder days. Since our recent winters have been very mild but notoriously overcast, the terms “cold snap” and “mild” have to be substituted with “dark” and “sunny”. And when February 6th surprised us with a few sunny minutes around noon, I was thus able and grateful to watch my neighbour come out of its drey, preen in the sun, get some exercise and food, and finally retreat again with the returning clouds.

Introducing to you, my valued audience: the squirrel next door. 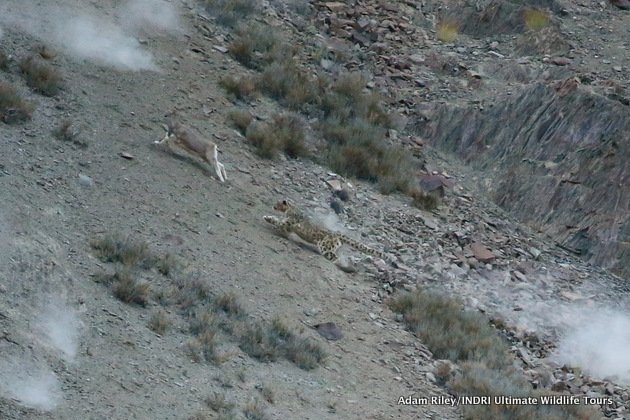 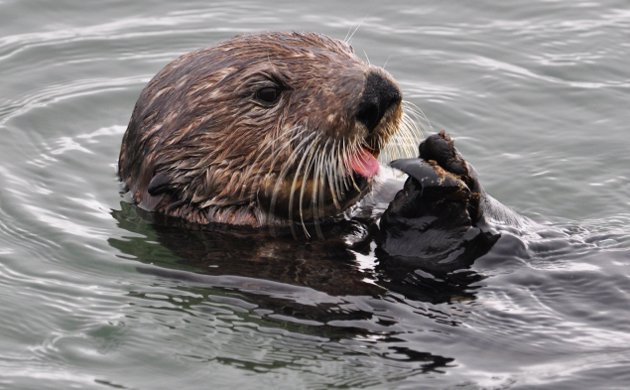