This is all Dale’s fault, with his defection to team Dendroica just because he saw a couple’ colourful birds at the Biggest Week. Surely, they (the new world warblers) are more colourful than our warblers, but come on Dale, beauty is only skin-deep. I never thought Dale would be this shallow a guy. But the true blasphemy of Dale’s post is found in the comments section, where a commenter argues that the American wood-warblers should be simply called “warblers”, while our old world originals should be called “dull lil babblers”.

This is of course totally unacceptable, and just begs to be proven wrong, which is easy to do. All it takes is a closer look at an old world warbler, any old world warbler for that matter, let’s see, how about … The shores of lake Bukhtarma in East Kazakhstan, with a heavy smell of warblers in the air

The Booted Warbler is a prime, fine example of an old world warbler of the Sylvioid clan, and I was happy to re-connect with it after many years in Bukhtarma, East Kazakhstan, in the landscape seen above. Within Kazakhstan, it is found widely and commonly in the northern half of this beautiful country. Additionally, you can find the Booted Warbler in the extensive online gallery of birds.kz, which comes in handy when you don’t have immediate plans of visiting the northern half of Kazakhstan.

Here are a few pictures to illustrate the splendid avian wonder that will be the focus of this post and my means of showing Dale just how wrong he really is. Of course, just the showing-off of a spectral rainbow in brown doesn’t make you a warbler per se. It is an important prerequisite for sure, but the deciding factor of course is the warble in the bird’s song! Therefore, if the warble is what separates the wheat from the chaff, or the warblers from the would-be’s, it may be useful to quickly glance at the definition of “to warble”, as given in the Free Dictionary:

v.intr.
1. To sing with trills, runs, or quavers.
2. To be sounded in a trilling or quavering manner.

That is illuminating, right?
“Trills”, “runs”, “quavers”, “melodic embellishments”. Nice description of what should essentially be a sound that is a song, a melody that goes beyond insulting your ears, and is more than barely a means of locating a bird in dense vegetation.

Frankly, as I have shown plainly here, the Parulidae of the Americas don’t really excell at singing. No really, think about it: their song is a joke, especially compared to their plumage and – more importantly in the context of this post – compared to the songs our old world warblers are capable of delivering. Seriously, you don’t have to believe me, you might as well see for yourselves:

After this compelling demonstration of a lack of warble in the wood-warblers’ songs, it should be clear that the wood-warblers of the New World are indeed ill-named, and undeserving to be called anything that has to do with warbling, or their vocalizations in general. Unless you’d be fond of searching for Wood-Whiners along the shores of lake Erie in May.

So what do we name the Parulidae?
Do we go with Dale’s suggestion of calling them Silly-Canaries?
Or do we follow the taxonomic approach to birding and name the wood-warblers according to their genetic relationships to other groups, e.g. as Sparrow-Buntings, or Tanager-Emberizids?

Or do we just fly to Kazakhstan, hide in a huge fallow field amongst the thistles and tall forbs, and listen very closely to the revealing song of the local Booted Warblers?

Song of the Booted Warbler vs. the Wood-Warblers

You keep singing that you are above me
Something you call song, but I confess
You’ve been cheepin’ where you shouldn’t have been cheepin’
Now Booted warblers are gettin’ all your best You keep sayin’ that you are a warbler
But you keep tryin’ to steal my name in vain
Well, I just found me a brand new tune of warbles
And what I know you ain’t had time to learn Are you ready Boots? Start warblin’! 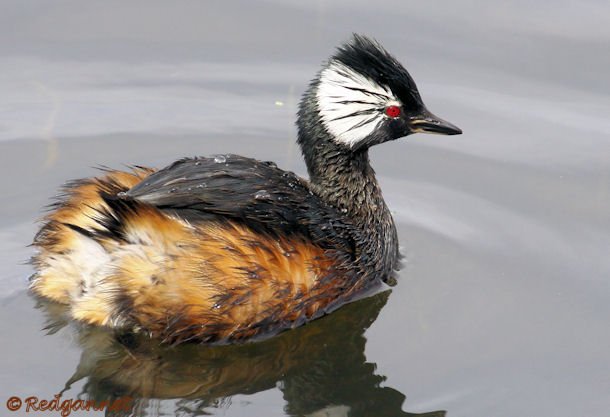