You Are What You Eat: A Flicker Mystery Solved 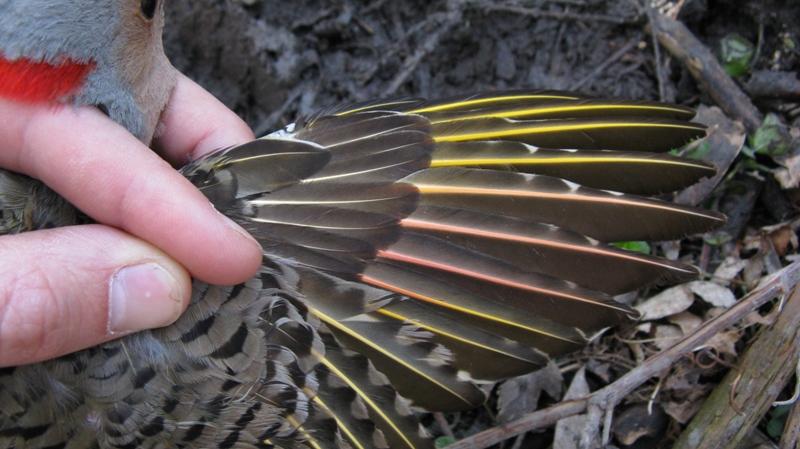 It’s been a head-scratcher for quite some time.  What’s with the yellow-shafted Northern Flickers in the eastern U.S. bearing some orange feathers? (As in the photo above, courtesy of C. Hansen)  The birds in question weren’t anywhere near the mid-continental hybridization zone where they could fraternize with their western red-shafted brethren.

New research in The Auk: Ornithological Advances appears to have zeroed in on the culprit. During their fall molting period, this population of Flickers has become fond of feasting on the ripened honeysuckle berries. In particular, the birds are picking up a pigment called rhodoxanthin from two invasive varieties of honeysuckle, as revealed through spectrophotometry and chromatography.

In a press release, lead author Jocelyn Hudon from the Royal Alberta Museum commented, “At one point considered valuable wildlife habitat and widely disseminated, the naturalized Asian bush honeysuckles are now considered invasive and undesirable in many states. This is clearly not the last we have heard of aberrantly colored birds.” Further, said Hudon, “The ready availability of a pigment that can alter the coloration of birds with carotenoids in their plumages could have major implications for mate selection if plumage coloration no longer signaled a bird’s body condition.”