February 23, 2018 by Tristan Lowery No Comments 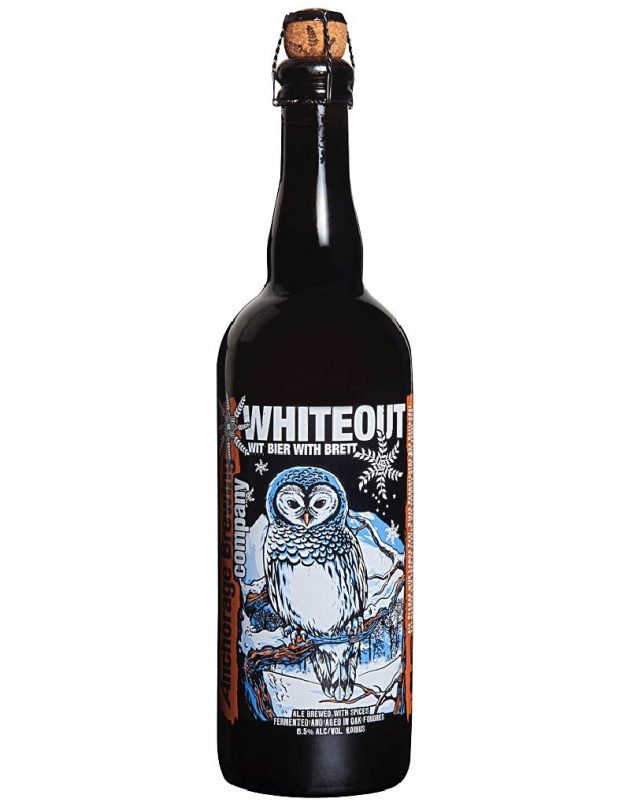 Here in Albany County, New York, we tied the statewide high temperature for February of 78° on Wednesday – and on the very next day, we had freezing temperatures and got about four inches of snow. Wacky weather notwithstanding, it seems we haven’t yet seen the last of winter, so after some momentary second-guessing, I’m back to feeling good about reviewing a beer called Whiteout now that we’re in for more flurries and chilly temperatures.

I reviewed a Belgian-style witbier with an owl on the label last week, and I’ve got another one for you today. As best as I can tell from my vantage point in the cosmos, we’re not stuck in some sort of repetitive Groundhog Day time loop, but who knows? I’ve got a small queue of wintery beers to review before we see more lasting rises in the mercury, and I think I’m fresh out of owl-themed wheat ales – but if it’s déjà vu all over again next week, something uncanny is going on with the universe.

Whiteout Wit is brewed by the Anchorage Brewing Company, a relatively new brewery in Alaska that specializes in barrel fermentations with wild yeast and sour cultures. Like last week’s Cold Snap by Sam Adams, Whiteout Wit takes what is usually thought of as a light and refreshing warm weather beer style and bundles it up for winter drinking with some distinctive tweaks – in this case, aging it in French oak Chardonnay barrels with the wild yeast Brettanomyces. As in most witbiers, Whiteout is spiced – this time with lemon peel, black peppercorns, and coriander – but at 6.5% alcohol by volume, it’s on the hefty side for the style, making a bit more suited to winter than most wheaten thirst quenchers. 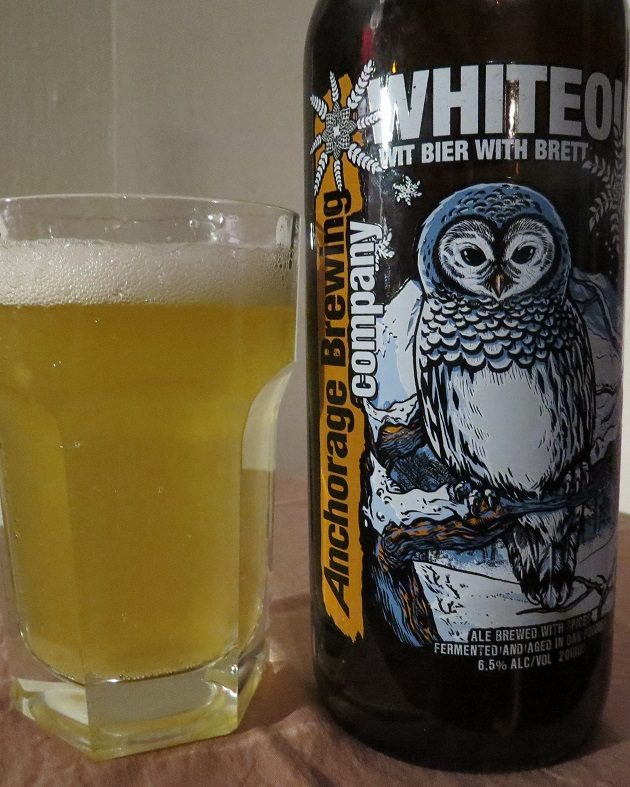 Witbier means “white beer” in Dutch, and while the name shouldn’t be taken literally, these wheat ales are among the palest of beers: Whiteout is a cloudy and pastel straw yellow, with a delicate and lacy eggshell white head. Whiteout’s mix of spices produces a gentle bouquet of lemon and white pepper, balanced by a white grape fruitiness, crackerlike hints of cream of wheat, and musty hints of damp hay from the wild yeast. The palate is soft and citrusy – like a lemon sherbet – and slightly minerally, with touches of buttery Chardonnay oak, lemongrass, and coriander.  A resiny finish of dried mango and orange rind helps to cut through Whiteout’s light and fluffy, wheat beer mouthfeel. With its mellow but refreshing citrus flavors, Whiteout could easily stand in for mimosas at the brunch table. No matter how you enjoy it, as a summertime wheat beer dressed up as a fancy winter sipper, Whiteout makes a good beer to have on hand while we’re at the mercy of such erratic late-winter weather.

Finally, I must mention that a Snowy Owl would have been my obvious choice to represent an Alaskan beer named Whiteout, but Anchor Brewing Company went with what looks like Barred Owl instead. Sure, Barred Owls have a foothold in the state’s panhandle – and I suppose I really should be happy about our first Barred Owl appearance here at Booze and Birds – but it’s just not the owl most evocative of the Great White North. At least they didn’t go with a white plastic bag. That would have been cruel.

Three out of five stars (Good) 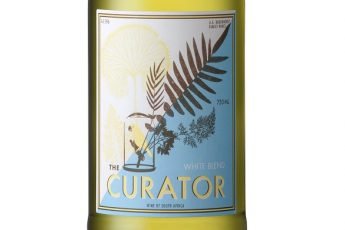 « Previous post
Where Are You Birding This Final Weekend of February 2018?
Next post »
Week three, the road goes on forever.