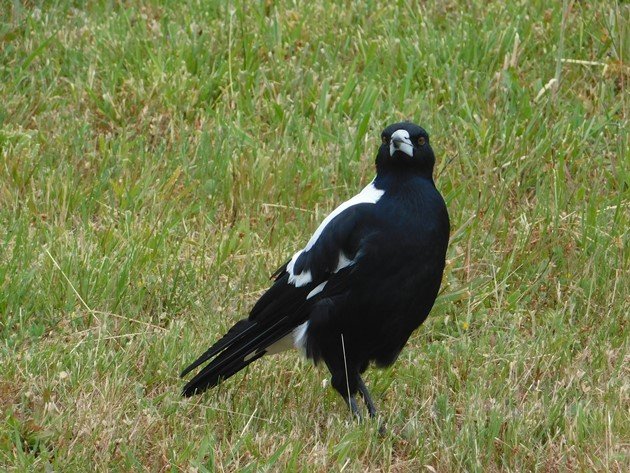 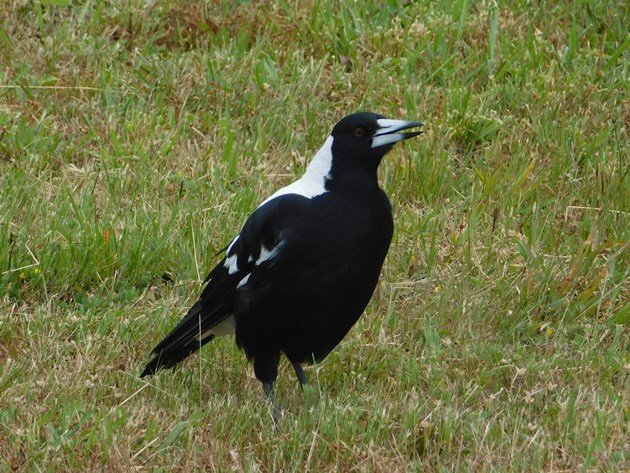 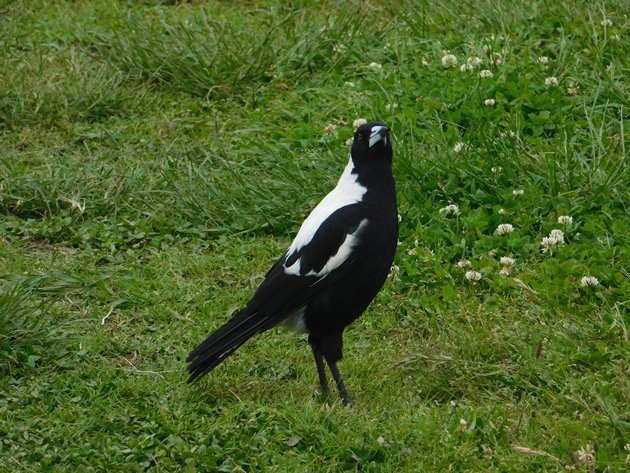 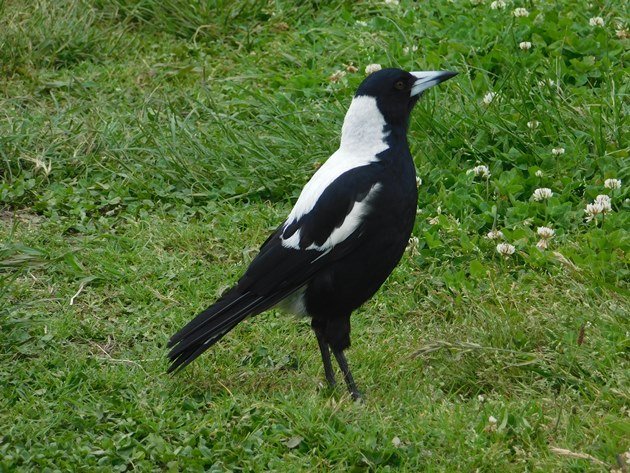 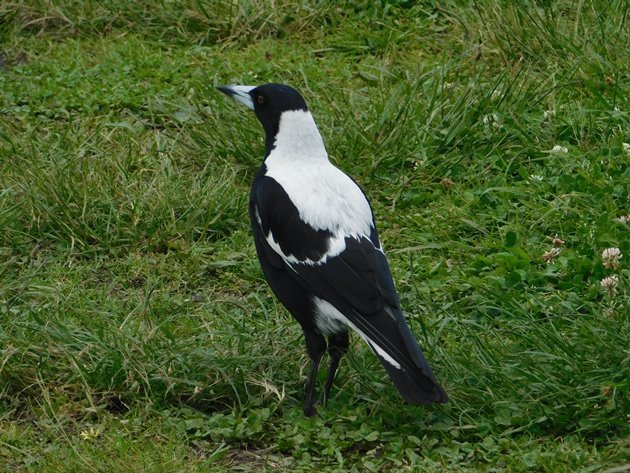 I was able to capture some photographs of a juvenile Australian Magpie. The plumage was mostly grey, but already the white back was clearly defined. 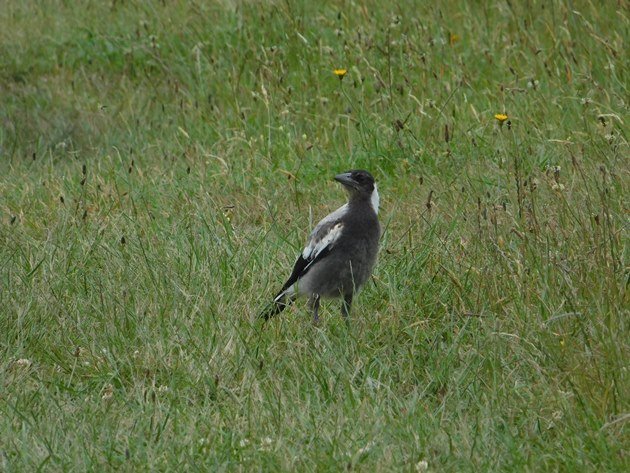 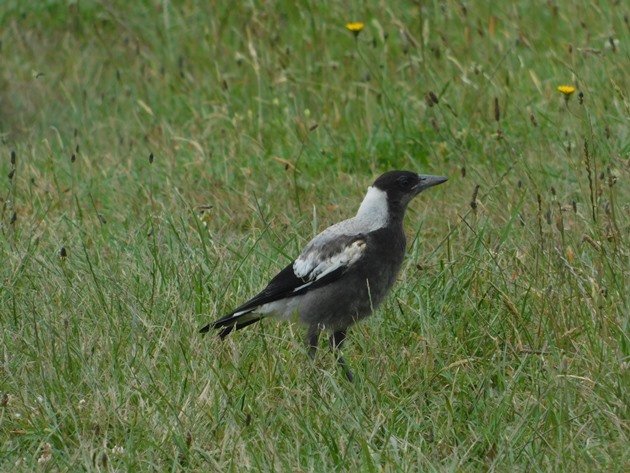 On warmer days I sometimes encountered Australian Magpies “sun-bathing”. We have observed several bird species displaying this characteristic of spreading their wings out wide on hot days. 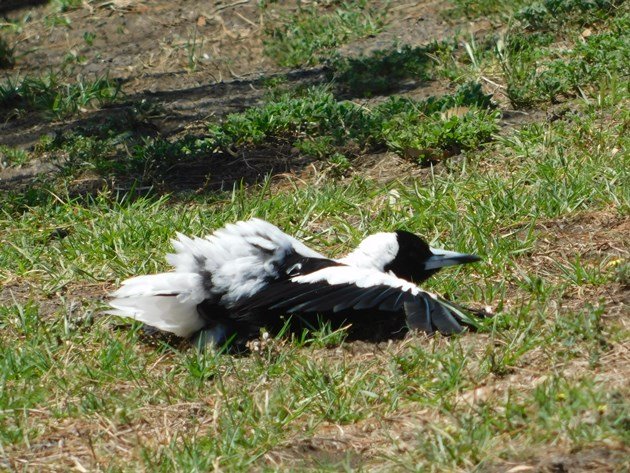 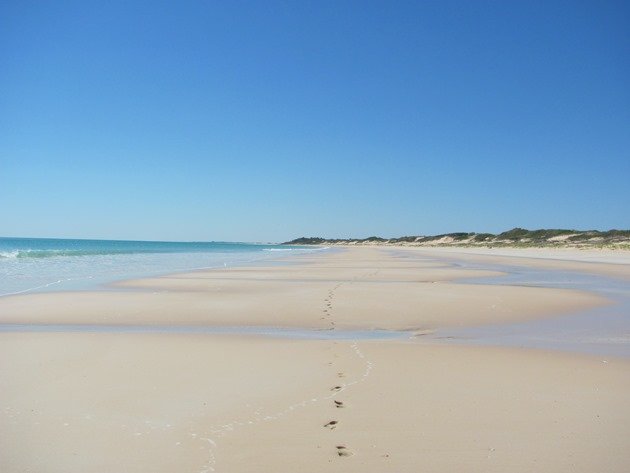