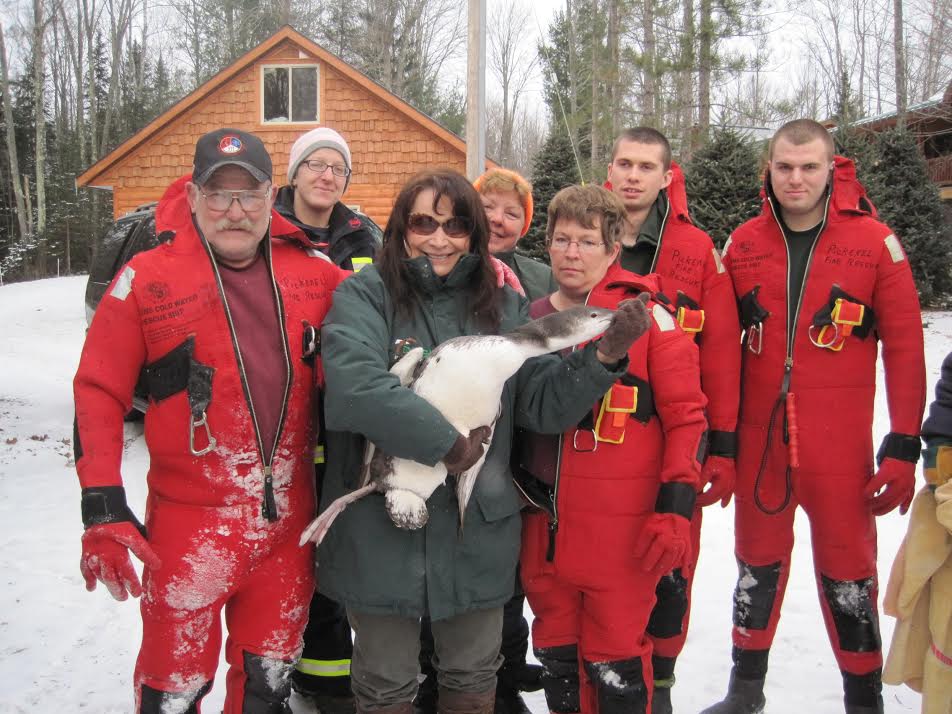 Most of us have our own idea what the phrase “nature takes care of itself” means. My father, a lifelong conservationist, spoke those words with reverence when describing the natural world. We are an integral part of that world, and a connection with it carries responsibility. My work as a wildlife rehabilitator over the past forty-five years has allowed me a unique perspective on a disturbing trend. Somewhere in the past few years, the words “let nature take care of itself” (or some variation) have become a cop-out, a call to inaction rather than action. Once, the message underscored the magnificent qualities of the natural world, but it appears the meaning has morphed into something too conveniently different.

At face value, allowing nature to do its own thing sounds valid. But the fact is nature has little to do with most problems facing native birds. Once upon a time, the sky was blue and unpolluted, habitat plentiful, and natural food untainted. Casualties surrounding migration were limited to natural events such as weather – not wind generators, poisoned food and water from industry, farm run-off, or loss of traditional stopover areas due to habitat destruction. Consider this: ninety percent of birds treated at wildlife centers are admitted as a result of human interactions that have nothing to do with “nature.” In a recent case involving my own facility, an immature bald eagle was hit by a car. He lay in a ditch with a spinal injury, unable to move. He died a terrifying and agonizing death over five days. People passed the eagle often. When they called our state agency, they were told to “let nature take its course.” This incident occurred six miles from my facility, and no one called us. This scenario repeats itself an untold number of times around the country daily. The take-home message to the public is clear: wild lives don’t matter.

Ironically, the time when a person first finds and brings in or reports an injured bird is the ideal time for education, potentially turning that person into one who appreciates wildlife for life. A personal encounter with a wild species changes one’s perspective. To that person, the bird in trouble is real and not an anonymous blob of feathers. Rehabilitators educate constantly, encouraging the public to leave healthy wildlife alone. However, if a bird is in a cat’s mouth, is convulsing in your flower garden, or bleeding along the roadway, it needs professional help. The difference seems obvious.

Our world has changed, and humans have created that change. We use toxins, pesticides, and herbicides in many ways, from dusting our pansies to increasing the yield of thousands of acres of crops. Inserts in rodent poisons that assure the public they will not kill anything but the offending rats or mice pedal the same questionable claims as those of the snake oil salesmen of bygone days. Lead remains in both fishing and hunting products, with strong lobbies that insist lead poisoning is not real, even as our facilities fill regularly with birds afflicted with it.

Respect, understanding, and a greater awareness of wildlife are key for the public and agencies alike. Wildlife no longer exists in the same way it did before humans came on the scene. As our population grows, so do the challenges we create for native avian species that coexist with us. Human causes require human solutions, or at least recognition and acceptance of what our actions may have created. If you see a wild bird in danger, call a wildlife rehabilitator. Through that patient, we may be able to gather valuable information about the cause of its problem, allowing us not only to help that bird but provide details and strategies to prevent future issues. Rehabilitators also cooperate with law enforcement on illegal activity, and even monitor emerging diseases in avian species. Apathy is the wrong approach, and I fear that is the direction we are headed.

Is that individual bird vital to the world as a whole? Will the population of the species be affected? Likely not, but one rescued bird can teach the public in a way we cannot. Will all rescued animals survive to have a happy ending? No, only 70% of our patients recover fully. So, what is the value of picking up that convulsing bird in your pansies? Well, you will see it in a way that you never have before. You will know that bird died from applied pesticides, or see the owl that was hit by a car and realize this was a human-caused consequence. It is hard to be apathetic when you see for yourself a majestic eagle dying of lead poisoning from the fragments of a lead bullet or lead sinker, both still in use today. There was a time when our domestic pets were treated like objects. Veterinarians were taught animals did not “feel” like we did. Gratefully, we now acknowledge that was wrong. Wild birds are biologic organisms just as we and our domestic pets are. They are not human, but deserve to be treated with respect. A humane act toward wildlife when it is needed demonstrates that wildlife matter.

I fear that the current apathy toward wildlife and the inadvertent lessons being learned from agencies now beset by budget cuts and policy changes may be directly related. Those agencies that were able to assist wildlife in the past now are unable to do so. The end result is that the problem of caring for and about sick or injured wildlife has diminished in the public eye, and the danger is that people end up caring less, not more, about nature at a time when wildlife and the very things that make our world so rich and diverse need our help the most. As with so many things, education is the key to create positive change. It falls to those of us that care deeply about the natural world not only to identify problems within our society, but to effect change. Not tolerating apathy is a perfect place to start.

Photos: Marge Gibson with the Pickerel WI Fire Dept. Cold Water Rescue Team, after they rescued a Common Loon (winter plumage) frozen on thin ice; Marge Gibson rescuing a shot Bald Eagle, after a group of teenagers found him, called for help, and assisted in the capture; REGI co-founder Don Gibson, interns Victoria Schweitzer, Elise Worthel, Erin Toohey, and pilot Dave Piehler, who volunteered to fly an injured Trumpeter Swan cygnet to REGI after it was rescued from a dog attack in Wausau; Marge Gibson showing what wildlife rehabilitation and education can do; nestling American Robins rescued from a homeowner’s cats, after they killed both parents and a sibling; Hunter Petroskey, rescuing a Mallard hit by a car.

« Previous post
What’s in a Name: Readers Respond
Next post »
The 116th Christmas Bird Count Is Open For Registration