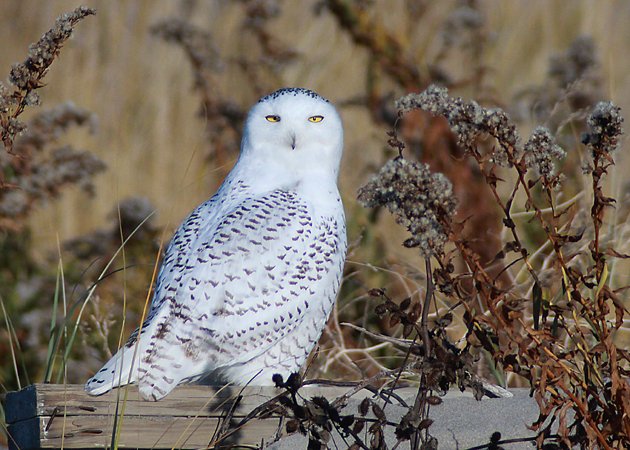 Many North American birders have, over the last few years, received a rare treat. Irruptions of Snowy Owls in 2011 and again in 2013 found these Arctic birds wintering well south of their usual range, in some cases straying down to Bermuda and even Hawaii. (I know, I’m still scratching my head about that one.)

Conventional wisdom suggests that the vagrants are starving juveniles who weren’t able to compete for limited food resources in their usual territories and headed south to try their luck in generally Snowy-free areas. But new research, published in The Auk, suggests that this narrative may not provide the whole story. Scientists studying Snowies wintering on the prairies of Saskatchewan, Canada found both younger and older birds whose overall condition was generally pretty healthy, with few signs of starvation and even some weight gain during the winter months.

The data, collected from more than 500 owls over 18 years, appears to contradict the theory that southern-wandering Snowies are struggling to stay alive. Indeed, a press release about the study noted, “Well-insulated against the cold and not distracted by the demands of reproduction, Snowy Owls may use winter as a time to recharge and build up their reserves before returning to their breeding grounds.”

It may be too early to speculate about how Snowy this winter may be in North America. But if you’d like to follow the latest in tracking and forecasting, a good source is Project SNOWStorm. Just tell them Hedwig sent you.

Too Many Canada Geese in the Dakotas?