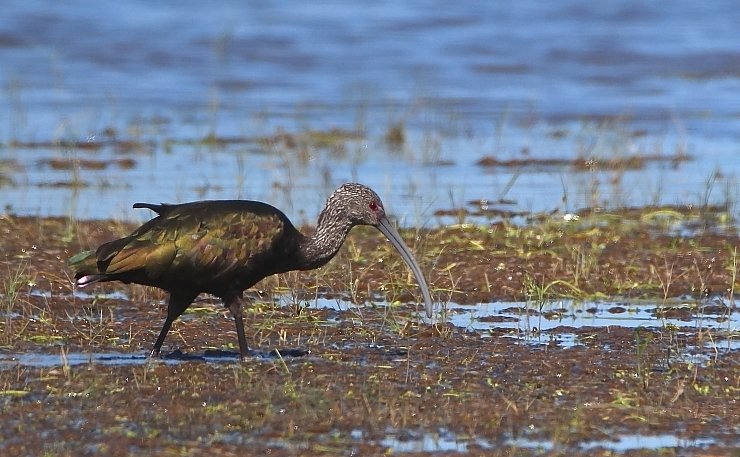 Twitching is a British term used to mean “the pursuit of a previously located rare bird.”… a twitcher who fails to see a rare bird has dipped… — Wikipedia

As a birder who lives in central Mexico, I rarely get the opportunity to twitch. There just aren’t that many eyes on the ground down here, and when someone stumbles on a rarity, it may well have been me. Still, there is a nascent birding community down here, and each year the possibility of a good twitch increases.

On Sunday, November 14th, a Morelian biologist/birder posted a photo on a regional birders’ chat, of a White Ibis he had seen. It isn’t hard to see a White Ibis in the state of Michoacán; but I usually must drive four hours and 6,000 feet downhill, to the state’s coast. White Ibises are exceedingly rare in the interior highlands of Mexico. And this Ibis turned up due north of Morelia, on a section of the Lake Cuitzeo shore that I had never explored. I know the biologist in question, and he helpfully told me the exact spot in which the bird was seen. And so… I twitched. Would I dip? Perhaps I should pish! (All right, I doubt that pishing — a sound used to draw songbirds our of dense brush — could help with a lone Ibis in open wetlands.)

Being an inexperienced twitcher, my heart wasn’t entirely in the attempt. If I had gone all in, I wouldn’t have stopped and birded for several hours on the bird-rich wetlands between me and the target spot. But it was a beautiful day, and… Lake Cuitzeo has water again!!! So stop I did.

Now that the rainy season is over, photographic conditions are much improved. Even in the early morning light, our common species, like Least Sandpipers and Long-billed Dowitchers, were looking good.

Even though I didn’t make it over to the lake’s western side, which is shallower and richest in ducks, the Cinnamon Teals and Fulvous Whistling-Ducks were putting on a show.

The recently-nonexistent lake had to reach a certain depth for the Clark’s Grebes to show up. They are now back in force.

I saw my first Sora for the year. Then I saw two more. (Soras are a migratory winter species here, but last winter’s dry lake meant that there were no Soras during last year’s winter season.)

I believe I saw more Marsh Wrens than I ever had before seen in a single day.

Special birds that I saw, but did not manage to photograph, included a distant Merlin, and three Least Bitterns.

Still, I eventually decided to stop indulging myself, and head up to my twitching site. By this time, I had already seen perhaps one hundred White-faced Ibises (like the handsome individual shown at the top of this post). But, would I dip on that lone White Ibis?

I stopped briefly at the archaeological site of Tres Cerritos (“Three Little Hills”), where I was surprised to see a good number of migratory Western — not the usual resident Cassin’s — Kingbirds. Then I proceeded on to the town of San Agustín del Pulque (“Saint Augustine of the Moonshine”: I kid you not!). This town is at the tip of a east-pointing peninsula, and choosing the town’s north shore as my starting point revealed a very different bird population than can be found on the lake’s main body. Caspian Terns, Forster’s Terns, and Neotropic Cormorants had all been difficult finds this year; but they were happy to be seen here.

My contact had told me exactly where to find my target bird, and since he had seen it just the day before, I had some hope of finding it still there. But before I reached that point, one giant surprise awaited me.

Back in May, our incredible shrinking lake had forced me to explore an area at Lake Cuitzeo’s extreme northeastern corner, as I had been informed that a bit of water had survived there. While approaching that point, I discovered the first Verdins ever registered for the state of Michoacán, happily foraging in rather dense mesquite forest. So when I found that same habitat along today’s (rather dreadful) dirt road, and heard similar calls, I just had to stop. A few minutes later, I had a few nearly-useless photos of… another Michoacán population of Verdins!

You have no idea how much post-processing it took to make this photo showed the yellow head, and red wing-check, of this little Verdin.

But would I see my White Ibis?

I promise, I am finally about to answer that question. I’ll just allow myself one last detour to show you a Greater Yellowlegs that was doing calisthenics by the road:

And now, without further ado, here is the answer to this post’s existential question. There the White Ibis was, noticeably larger than the White-faced Ibis and Little Blue Heron that accompanied it, right where my friend had told me. Twitch accomplished!

After that small victory, it was mostly a matter of making my way home. This was easier said than done, since the smoother parts of the unpaved route were often under the lake’s newly-high waters. My first American Wigeons of the winter eased me on the way, as did an immature Crested Caracara, who liked the road better than I did. (A previously unseen adult flew away with it, while the immature bird reluctantly allowed me to pass.)

Still, no doubt about it, taking the rough and rocky route was well worth it. I twitched! 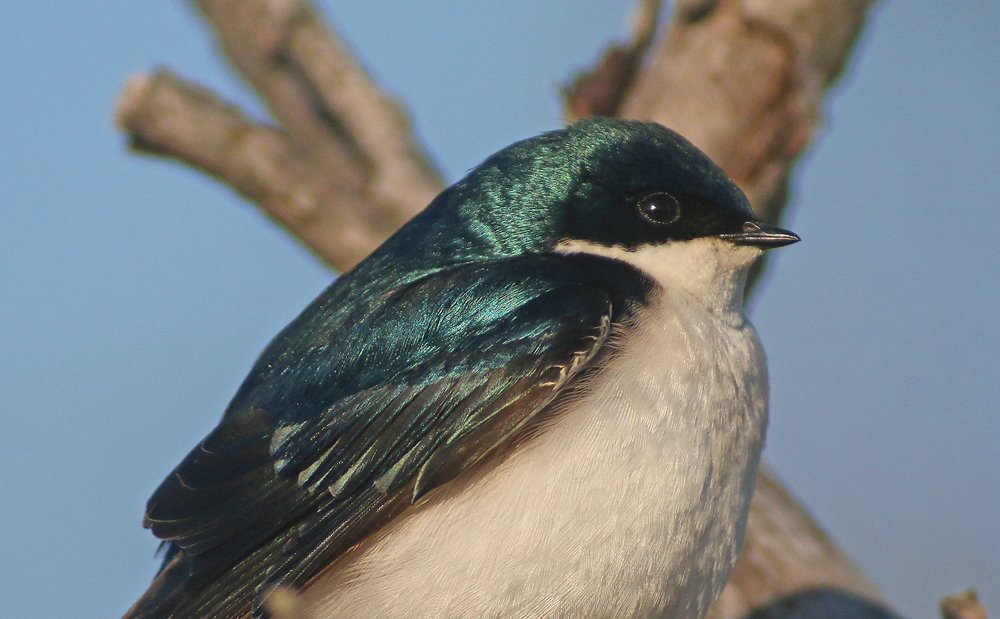