December 8, 2018 by Patrick O'Donnell No Comments 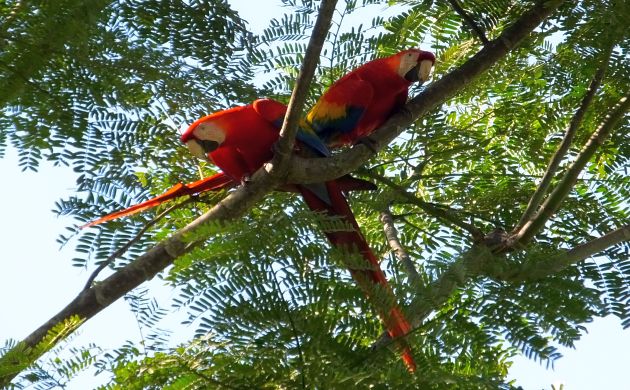 December is a busy time in Costa Rica. The end of the scholastic year coincides with the commencement of the “summer”dry season and a host of festivities to celebrate Christmas and the New Year. The end results are steady lines of traffic marching to crowded beaches, more visitors to the country’s famed national parks, and a parade or two where drunken wannabe cowboys on prancing horses add local spice to the festive mayhem. It’s busy on the birding side of things as well. Migrant species are around, rarities are waiting to be found (such as, believe it or not, Lincoln’s Sparrow), and, most of all, we have Christmas Counts to attend to.

The counts act as our end of the year birding festivities and 2018 brings us more than ever. Most are also well organized and so many have made it onto this season’s calendar, it was impossible to not have more than one count take place on the same date. That’s why I didn’t participate in the Cartago count last weekend. I would have loved to have immersed myself in birding El Copal and other excellent sites but had already signed up for another bird count taking place the same day, that of Cangreja National Park. 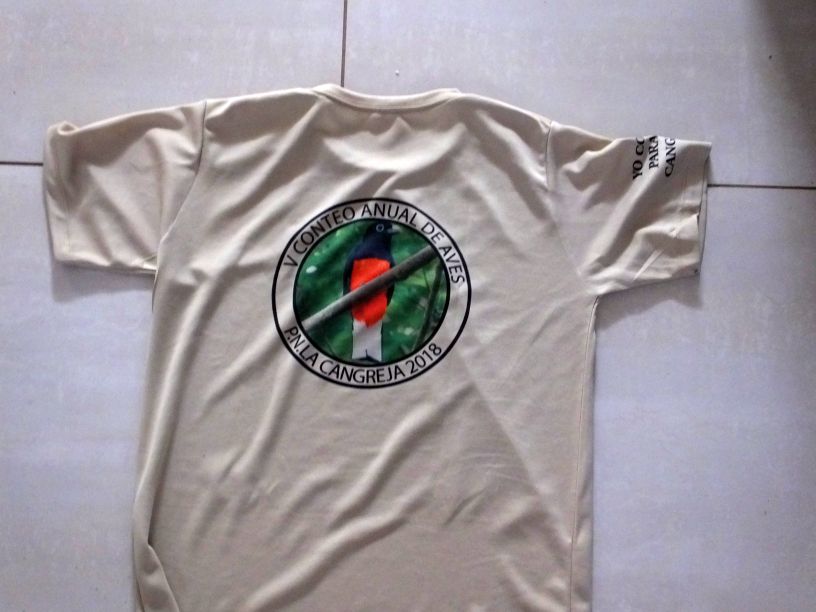 “Cangreja” means crab in Spanish and refers to the shape of the mid-sized peak at the center of the protected area. On account of its remote nature, this is one of the lesser known protected areas in Costa Rica but that doesn’t keep it from being an excellent area for birding. Part of the Carara-Macaw Byway corridor, Cangreja offers access to humid lowland and foothill rainforest and adjacent drier areas that offer up a fine blend of birds. I have only been there twice before, the following is some of what I was reminded of from this bird count:

Thanks to efforts made by the count organizer, park ranger Leonel Pereira Delgado, and the main ornithological association in Costa Rica, the AOCR, at least a few dozen people participated in the count including several local students who also took part in a birding course just before the count day. Serious kudos go to Leonel for having done an excellent job at promoting bird education in the rural community that lives adjacent to the park. To help with his efforts, please contact Leonel at his Facebook page.

Cangreja sees rather few visitors for a good reason, it lies well off the beaten track. There are two main ways to get there and both require serious detours. One involves a windy, leisurely ride through mountains south of San Jose, the road eventually becoming gravel with occasional pot holes as it descends to Mastatal, the main village next to the park. The other is another gravel road that connects Mastatal to the main coastal highway near Parrita. Both are bumpy rides but not too bad, they just aren’t on the route to anywhere else. However, the main problem comes with taking the road at night when the upper route can be blanketed in think fog. Factor in minimal lighting and few road markers, and the drive becomes a real nightmare of a trip. Another reason for doing the trip during the day is the good birding en route.

It’s a good site for raptors

Thanks to roads that pass through forested ridges, it’s easier to see raptors a Cangreja than some other sites. We had several Short-tailed Hawks, quite a few wintering Broad-wingeds, a few Double-toothed Kites, one Gray-headed Kite, and excellent looks at a pair of Black Hawk-Eagles that called from the high blue sky. Other teams saw White Hawk, Laughing Falcon, Collared and Barred Forest-Falcons, Cooper’s Hawk, King Vulture, caracaras, Gray Hawk, and maybe a few more species of birds with sharp talons. 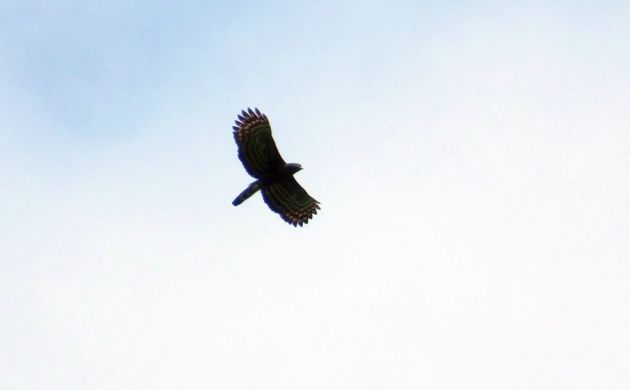 Euphonias are Neotropical goldfinches that eat small berries. There’s usually one or more common euphonia species at any given site in Costa Rica but they seemed to be especially diverse at Cangreja. We saw five species, all of which at one point came to the same fruiting tree! These included common species like Yellow-crowned and Yellow-throated Euphonias along with the regional endemic Spot-crowned Euphonia, and less common species like Thick-billed and White-vented Euphonias. 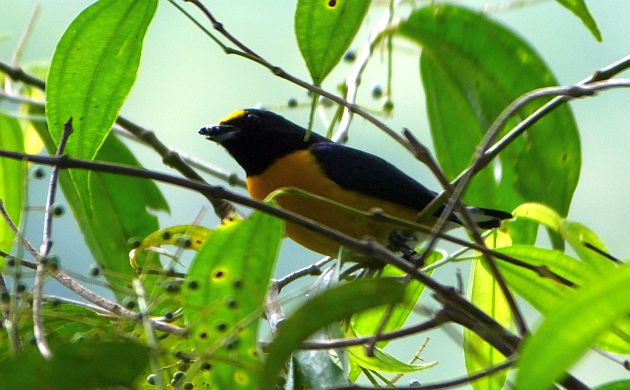 The White-vented Euphonia is more forest based than other euphonia species in Costa Rica.

Sunbittern occurs along the streams

I was aware of this but it was still nice to see one of these very odd and ancient birds fly just over the road to hide itself in a shaded creek. Overall, Costa Rica is a pretty good place for seeing the Sunbittern; not so surprising given the abundance of clean, rushing rivers and streams.

This was the first of several counts taking place in Costa Rica. Some are official Audubon Christmas Counts, others are not associated with Audubon but still follow very similar rubrics. I hope to help out in a few more.

« Previous post
Marlgu Billabong at the end of the dry season
Next post »
Where Are You Birding This Second Weekend of December 2018?