There I was (I’ve been reading Thurber) on board a boat off Baja California, reveling in cormorants (three species!), Brown Pelicans, and the northernmost Brown Booby breeding colony on this side of the Pacific. Which, naturally, got me to thinking about the newly erected order Suliformes, a development I mentioned in my December column, 2010’s Top 10 Developments in Bird Taxonomy and Systematics, but which I thought deserved further examination, for it’s one of those stories that defines the era in which we are living and birding. And, the birds are awesome.

Anhingas and darters, cormorants and shags, frigatebirds, gannets and boobies, pelicans, and the tropicbirds all share a characteristic found in no other living bird: Their feet are totipalmate. That is to say, all four of their toes are webbed. Other birds with webbed feet, including ducks and geese, have only three webbed toes; the hallux (which in birds is usually the “hind toe” and in humans, the “big toe”) is free.

Throw in a couple of less obvious anatomical features, and for 250 years, scientific sentiment held relatively fast: These birds are each other’s closest relatives. In 1903, the distinguished Elliott Coues declared, “This is a definite and perfectly natural group, which will be immediately recognized by the foregoing characters, one of which, complete webbing of hallux, is not elsewhere observed among birds.”

He could not say the same today.

Over the last 20 years, as molecular analysis techniques have improved and multiplied, strong evidence has emerged that tropicbirds and pelicans belong elsewhere in the avian tree. Tropicbirds are of unknown affinities — fitting for such mysterious and exhilarating birds, I think — but pelicans appear to belong with the African Shoebill and Hamerkop as a clade sister to the herons.

That larger clade is in turn sister to a clade containing the four remaining totipalmate bird families, which do still seem to be related, and which needed a new order name once pelicans were removed. That name is Suliformes, from the Old Norse word for gannet.

For all of recorded history, humans have classified other living things by their physical characteristics. Our methods have changed over time — Linneaus, for example, chose not to classify bats among birds — but now, detailed molecular analyses can confound even the most comprehensive and rigorous morphology-based hypotheses, not to mention “obvious” groupings.

True, newly hypothesized relationships suggested by molecular analysis can often be supported by reinterpretations of morphological data, but this can require disregarding obvious similarities (totipalmate feet) or, conversely, extreme dissimilarities (e.g., almost everything about flamingos and grebes). Morphological analysis alone can’t necessarily demonstrate which features are convergent and which are apomorphic.

So complex a struggle will not be resolved soon; it is playing out in the pages of scientific journals and in email inboxes as we speak. Some ornithologists strive for synthesis (see, for example, Gerald Mayr’s 2007 paper Avian higher-level phylogeny: well-supported clades and what we can learn from a phylogenetic analysis of 2954 morphological characters), and I believe it’s in this approach that the future lies.

But meanwhile, let’s look at the four avian families that comprise the brand new order Suliformes. They are all primarily fish-eaters adapted for life in the water and the air.

Five species of frigatebird ply the planet’s tropical skies and seas. Huge, elegant, graceful, they’re kept aloft on long black wings. They can soar for hours, or plunge and twist after another bird with spectacular power and flair.

Black-and-white gannets breed on the cold, rocky coasts of the northern and southern oceans. They feed in open ocean, folding wings and dropping out of the sky like arrows speeding toward earth. Boobies — more colorful and varied — are birds of warm, tropical seas. In flight, they are long-winged, long-tailed beauties, graceful and elegant; on land, they are much less so.

Cormorants are more speciose than other families in the order; 30-40 species range widely on every continent and many islands. Cormorants might not win any traditional beauty contests, but their eyes, facial skin, and head plumes can be stunning. The southern hemisphere in particular holds some knock-outs; two of my favorites are the Imperial (or Blue-eyed) Shag and the Red-legged Cormorant.

Systematics of the cormorants and shags are poorly understood. Some authors have attempted to place “shags” in a separate genus, but so far, study results are too contradictory to afford us a reasonably comprehensive understanding of the family structure. In any case, “cormorant” and “shag” do not appear to be particularly meaningful taxonomic terms.

The Anhinga and three darter species inhabit warm, freshwater regions of the Americas, Africa, Asia, and Australasia. Unlike cormorants, which have hooked bills to grab fish, these birds have daggerlike bills with which they spear fish.

The feathers of anhingas, darters, and cormorants are much less water resistant than those of other waterbirds. Many people believe that this is because the birds lack oil glands and therefore cannot smear their feathers with a waterproof coating. However, physical structure, not a coating of oil, is what makes birds’ feathers waterproof. This has been known for decades; yet people continue to repeat the myth about oil — even saying “uropygial glands” to make it all sound more official.

But as I saw last summer, rehabbers who wash oiled birds know that the birds’ feathers are clean when water starts to bead up and roll off immediately after intensive washing (which does, of course, remove birds’ natural oils too). As the tiny feather structures fall back into place, they start shedding water, no uropygial secretions required.

So, darters and anhingas, and to a lesser extent cormorants, have feathers whose structure is less waterproof, and this adaptation allows them to pursue their prey underwater with greater ease. It comes at a cost, however; they must dry their feathers after wetting them, and in the case of darters and anhingas, spend plenty of time in the sun to keep their body temperatures high. 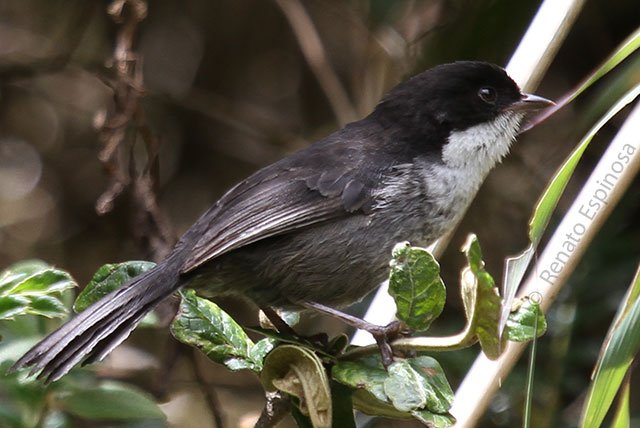