February 1, 2020 by Patrick O'Donnell No Comments 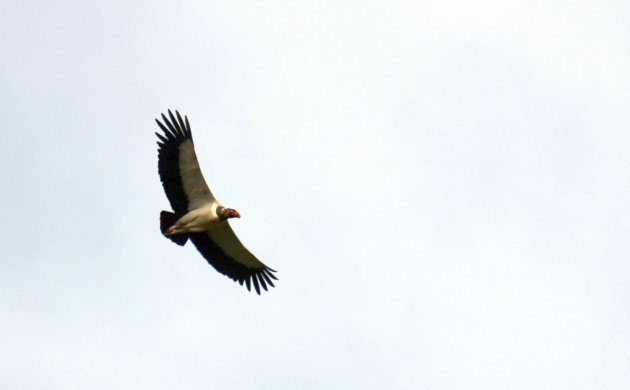 No matter where you happen to be, you can’t really go wrong when beginning a new year of birding. Birds are everywhere and if you keep the mind open to appreciation, even the most common of familiar birds are incredible, beautiful creatures. That said, more birds are always better and ones infrequently seen even more so. By our good chance, Mary and I began our year of birding in Costa Rica at a place that combined both of these factors, a place with the promising name of “Raptor Ridge”.

Located in the hills of the southern Nicoya Peninsula, Raptor Ridge is the home of Larry Landstrom, Ruth Rodriguez, and their daughter Elizabeth. No strangers to wildlife observation and birding, this American/Tica couple have been publishing handy pocket field guides for Costa Rica and other places since the 1990s. Since Ruth is also a biologist who has been involved with birding and guiding in Costa Rica for several years, it’s no wonder that Raptor Ridge is surrounded by excellent birding.

The road to Raptor Ridge passes through quite a bit of tropical dry forest and second growth before accessing even more intact mature forest at and near the house. As one might expect, a nice variety of birds can be seen all along this route including Gartered, Black-headed and Elegant Trogons! However, a birder can also stay right at the house and see birds all day long. We did just that and were treated to a parade of species both in front of and behind the house. 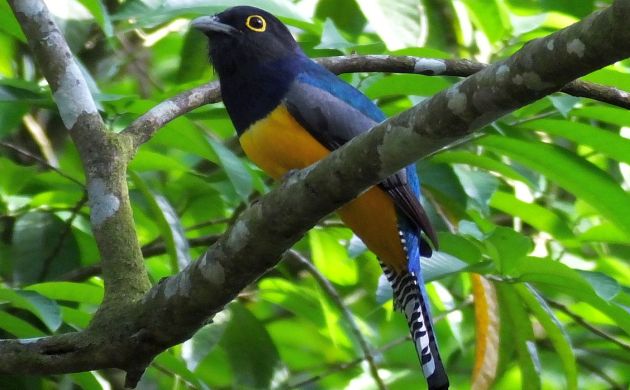 Out back, a water feature at the edge of the forest saw visits from several Painted Buntings, Olive Sparrow and a few other species during the heat of the day. Birders who feel like getting closer to these and other species can visit a portable blind set up for bird photography. 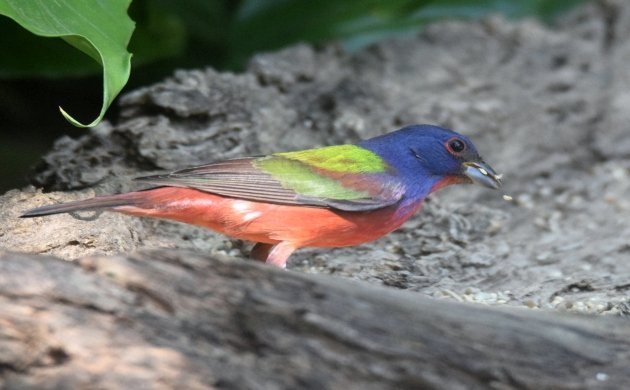 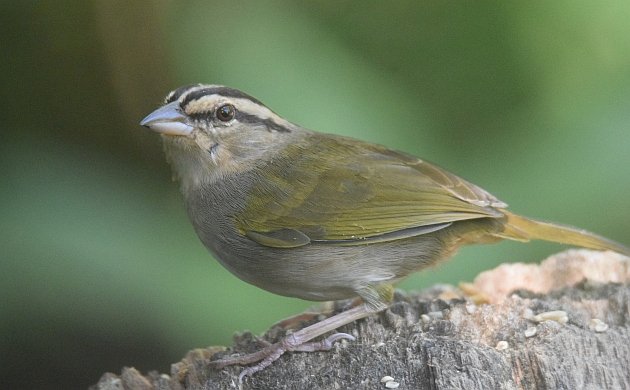 The real show, though, happens just after dawn and, especially, during the last couple hours of daylight. During this final daily window of avian action, everything from Yellow-billed Cacique to Red-crowned Ant-Tanager, woodcreepers, and Long-tailed Manakins come to the water to cool down and perhaps wash the dust from their plumage. 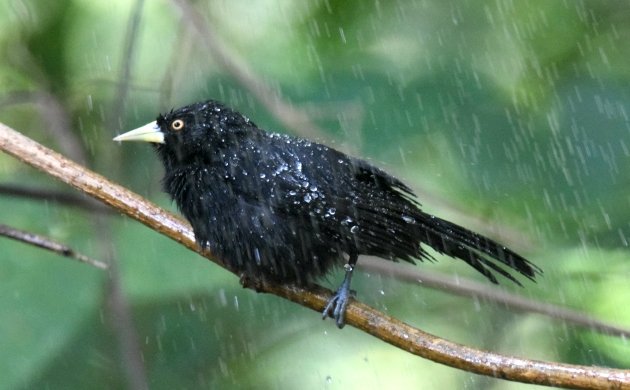 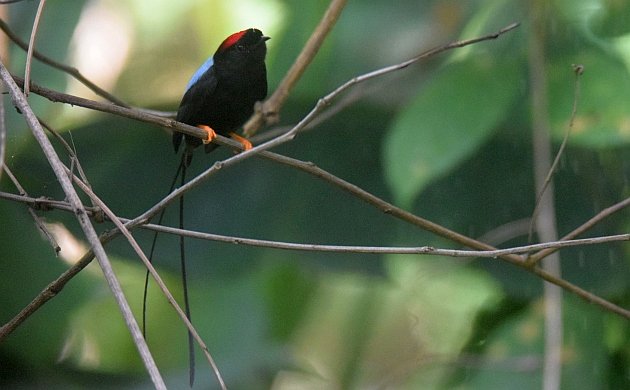 Out front, we watched birds feeding at fruiting trees while also being treated to a spectacular view of the Pacific Ocean way down below by the beach at Tambor. Migrants such as Philadelphia Vireo, Western Tanager, and Great-crested Flycatcher mingled with local birds like Long-tailed Manakin (a common bird in this area), Social Flycatcher, and others. 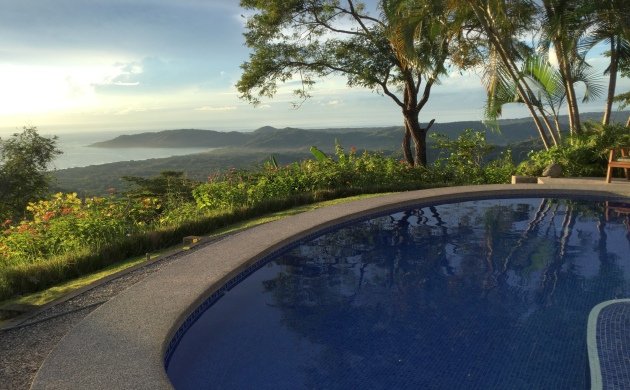 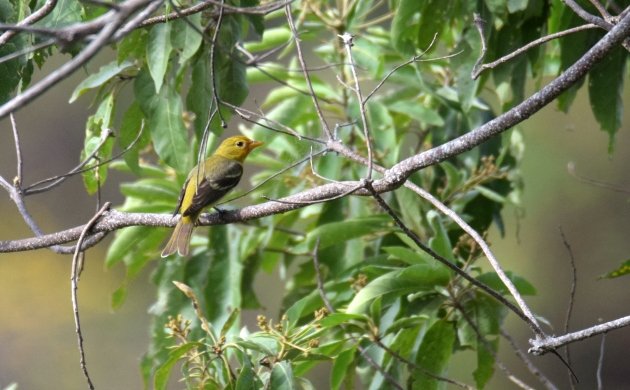 During the sun and heat of the day, Raptor Ridge also entertained by living up to its name in the form of close looks at King Vulture (!), and Zone-tailed, Gray, Broad-winged, and White Hawks. Although Collared Forest-Falcon and Laughing Falcon failed to come close enough to see, we still enjoyed hearing those uber tropical species give their distinctive, voice-like calls.

At night, the raptor show continued with the cool sounds of Mottled Owl, a distant Black-and-White Owl, and great views of a fantastic, close Middle American Screech-Owl.

Raptor Ridge is a wonderful place to visit most any month but even better for kicking off yet another year of birding in Costa Rica. You can’t go wrong in a place with great birding that is also located in a blue zone and biological corridor. To learn more about visiting, contact Larry and Ruth at Raptor Ridge. Good birding in 2020!