For the last several years, my first out-of-town trip of the summer takes me to the east side of Lake George in northern New York, for a relaxing mid-June weekend with my family at a lakeshore cabin belonging to a family friend. Later in the summer, I like to head even further north and west into the heart of the Adirondacks for even higher-elevation birding in true boreal – and fly-infested – habitat. But for my first escape from city life after spring migration finally winds down, this Lake George weekend always hits the spot. Just a two-hour drive north of home, I get to enjoy waking up to Winter Wrens (Troglodytes hiemalis) and Hermit Thrushes (Catharus guttatus) singing not far from my bedroom window, kayaking past the resident Common Loons (Gavia immer) on the lake, and morning hikes up nearby Black Mountain. There’s even a reliable spot twenty minutes away for Golden-winged Warbler (Vermivora chrysoptera). 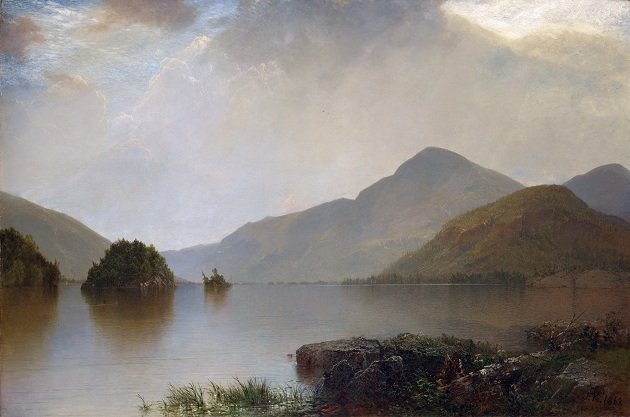 Lake George – “The Queen of American Lakes” – has long been a favorite of artists and vacationers. American painter John Frederick Kensett (1816-1872) of the Hudson River School is thought to have painted his mature masterpiece Lake George (1869) from a vantage point off Bolton Landing, where this week’s beer was brewed.

Of course, because of the current public health crisis, I won’t be making that trip this year – or any others this summer, for that matter. I suppose we all knew this was coming, but still, it doesn’t smart any less. And part of that realization is knowing we’ll be stuck enjoying the great beers of summer in more homebound and decidedly less exciting settings this year. There’ll be no cracking open a tall, slightly chilled can of refreshing ale or lager on the Lake George cabin porch after the sun goes down for me this year – and no long days of mountain birding, afternoon drives, and just lounging around the dock at the bottom of the hill to make it taste that much better. 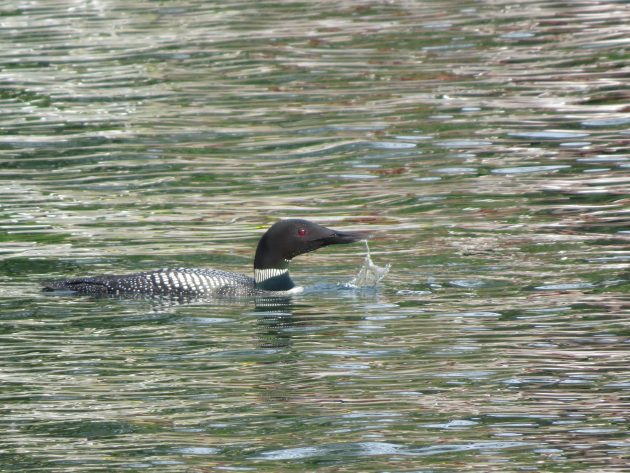 A Common Loon swimming off the dock of my Lake George summer cabin a few years back.

So, for now, most of us we’ll have to settle for visiting favorite summer vacation spots in the mind’s eye. Luckily, beer can help us travel vicariously no matter how hopelessly we’re stuck at home, and for me at least, this week’s featured is a reminder of summers past: Paradise Bay IPA, the flagship IPA from the Bolton Landing Brewing Company. It’s brewed over in Bolton Landing on the western shore of Lake George but named for a secluded bay that lies on the east side, just about five miles south of my summer retreat. There’s a silhouette of a Great Blue Heron in flight on the can, the logo the brewery adopted when it was founded in 2017 and a common sight over the waters of Lake George in summer. Black Mountain is just minutes away from my annual summer retreat at Lake George and remains a personal favorite birding spot, despite the muddy, ankle-twisting trails.

Paradise Bay IPA makes for a quintessential summertime beer and my only regret is that I won’t be able to enjoy it at the cabin at Lake George this weekend, but it still tastes pretty good in my backyard around a late June sunset. Pale golden and slightly hazy, this IPA is loaded with Amarillo, El Dorado, and Mosaic hops and exudes a bright and fruity aroma of pine, lemon, and ripe green pear. Paradise Bay IPA is sweet but still cool and crisp, with tropical flavors of pineapple and a cleanly bitter grapefruit finish. 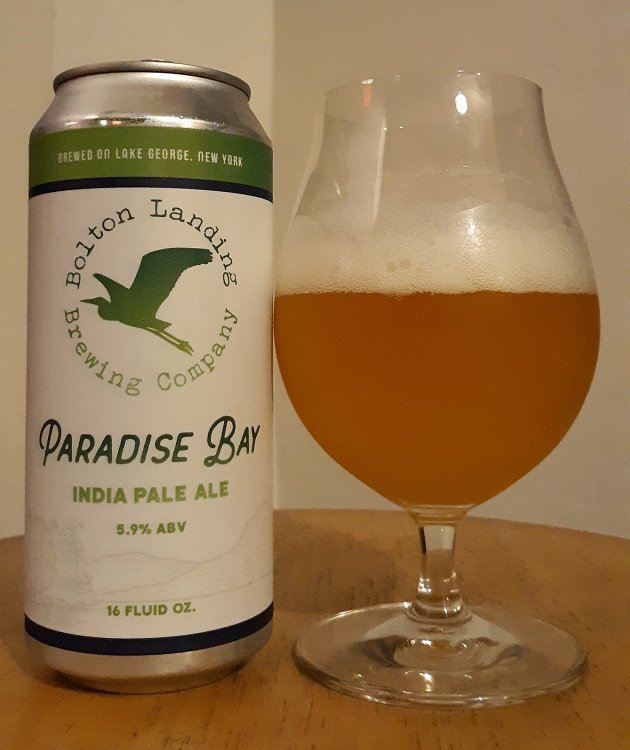 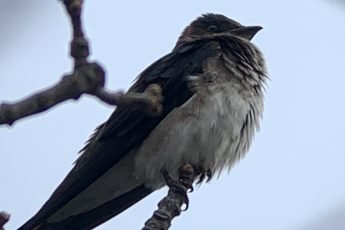 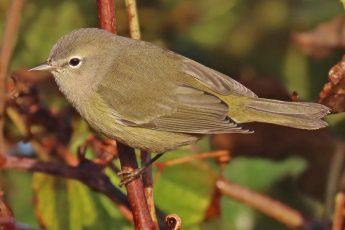