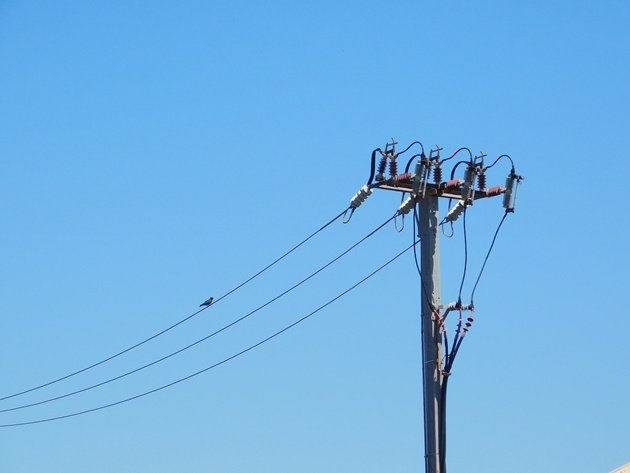 In a year when there’s not a lot that is normal some things happen like clock-work. Nature continues its routine regardless of everything else that is going on in the world. We are lucky in Western Australia that we can move around our own state. There has been no community transmitted coronavirus for many months. We can’t move around the rest of Australia or go overseas, but keeping everyone safe is a priority. The birds are moving around the globe as if nothing has happened. For birders it is something that helps keep us sane!

Dollarbirds left Broome earlier this year to return to Asia. So much has happened in the world in their absence from Australia. We anticipated their return just the same as we anticipated the return of the migratory shorebirds. On the morning of 11th October we heard a loud commotion outside. It was a raucous sound of Channel-billed Cuckoos. They had arrived from Asia and were being chased away by Torresian Crows. These were Torresian Crows that realised that the Channel-billed Cuckoos were likely to try and lay eggs in their nest, so they could raise their young for them.

The following morning, 12th October, we heard the familiar sound of a Dollarbird calling. Last year our first returning Dollarbird was about thirty kilometres from town on September 28th. There is a power transformer not too far from home on Lorikeet Drive that is visible from our back garden. Most of the power in Broome is underground to prevent power outages during the cyclone season. This short section of power line is a great stop off for birds. We also installed a “pretend power line” when we first moved into our home over twenty years ago. This line gets used every day by many bird species.

The Dollarbird has been calling every day this week. It remains on the power line waiting for a mate to arrive from Asia. We have observed other Dollarbirds around Broome, but for now this one remains alone. It leaves briefly to feed around the local parks, but always returns to the power line. 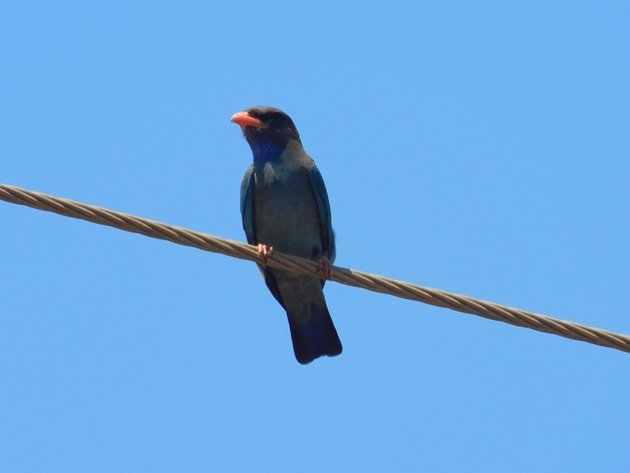 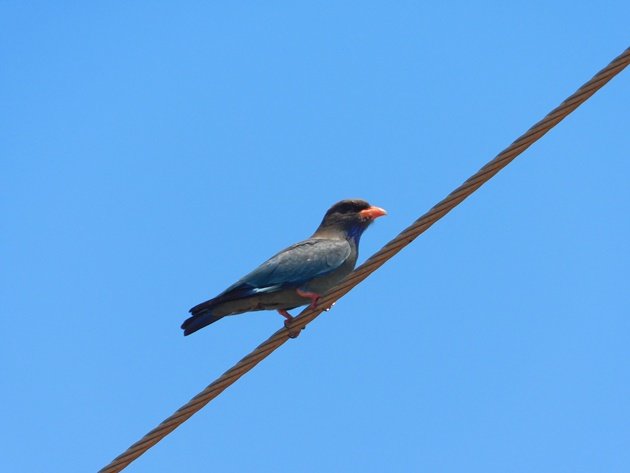 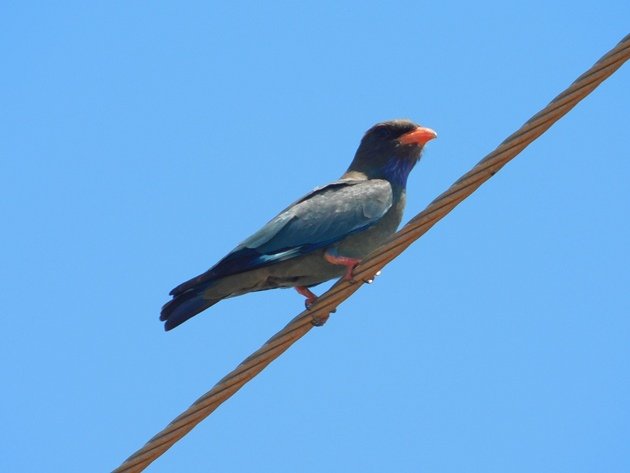 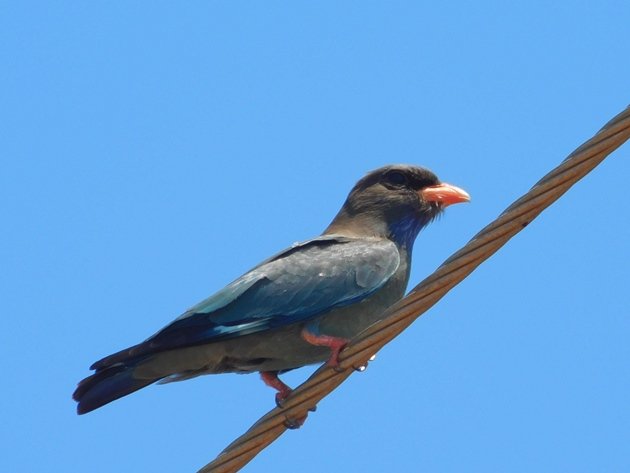 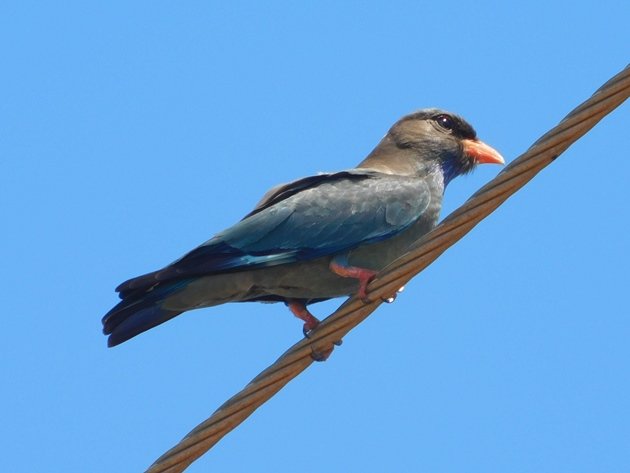 Dollarbird on the power line

We are being told to expect a wetter than normal cyclone season this year. We have learnt this year to expect the unexpected, so we will see what eventuates. For now we continue to enjoy blue skies and trust that the frogs that have started to call do know something! Nature is a lot more in touch with the environment than all of us! By observing nature we can all learn. This is one year when we have all learned to appreciate the little things in life.

Where Are You Birding This First Weekend of November 2012?