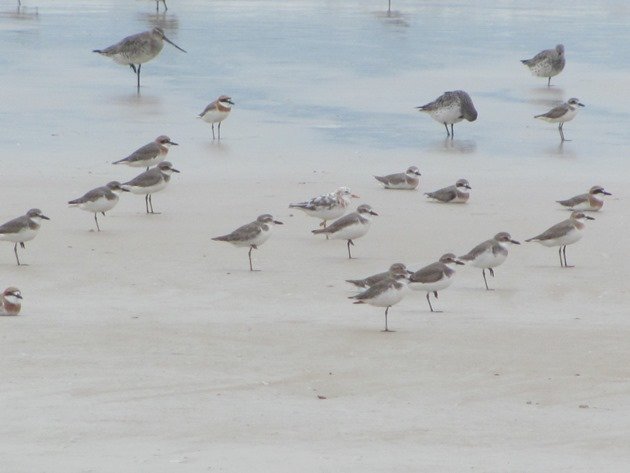 Four weeks have gone by since I introduced you to an odd Greater Sand Plover on our local beaches that has changed both its skin colour and plumage over recent months despite being several years old. It has been interesting to observe the changes in the Greater Sand Plover’s plumage over recent weeks, but also the interaction with the other thousands of shorebirds on the beaches that it roosts on. In my post about the odd Greater Sand Plover four weeks ago it had changed from having a pink bill with a black tip to having a completely pink bill in a matter of a couple of weeks. The legs of the Greater Sand Plover have remained very pale pink just like the bill, but it looks very healthy and so we believe it is not sick. Its eyes have remained black and it has started to get some breeding plumage. It may have a delay in leucistic tendencies, which is something we have not come across before and can find no information on. This may just be due to the fact that this is an individually marked bird with an engraved leg flag “LBR” and so it is possible to know that it had been a bird with normal colouration for over five years until late last year. In an unmarked bird you would have no idea if it had become leucistic over time or was in fact like that from when it hatched out. In the photo below taken on 27th February you can see the Greater Sand Plover among other Greater Sand Plovers, Great Knot and a Bar-tailed Godwit and it has started to get a hint of brown feathers around its neck and across its breast. 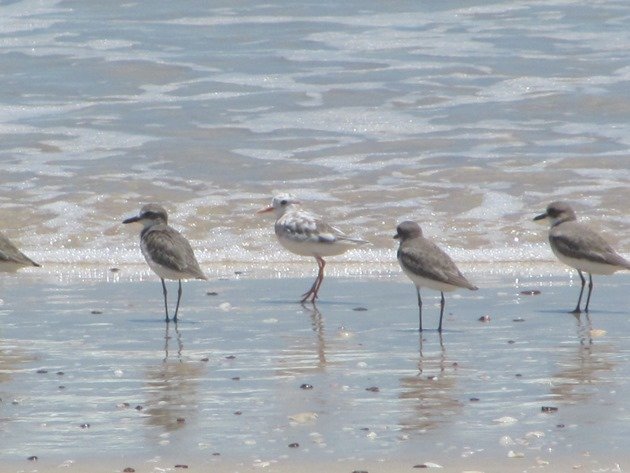 Throughout our observations we have noticed that the other shorebirds appear to be unsure of its colouring and tend to not get too close and Greater Sand Plovers often are feisty with each other at roost. It is not uncommon to see Greater Sand Plovers running around having a go at each other at roost as if they are bored with the whole inconvenience of the tide being in and not being able to eat! 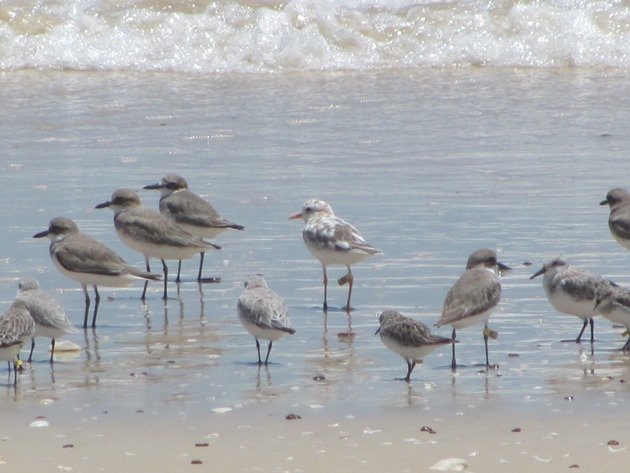 Many  of the Greater Sand Plovers are now showing good breeding plumage and in a few weeks they will be heading off to the northern hemisphere to breed and you are able to see the brown head colouring on some of the birds below. On the large tides there are often huge flocks of shorebirds on Cable Beach as they are pushed off other beaches around Broome. Greater Sand Plover “LBR” spends almost every high tide on this beach or on the beach near the port, so it is easy to keep an eye on it while it is here in Broome. 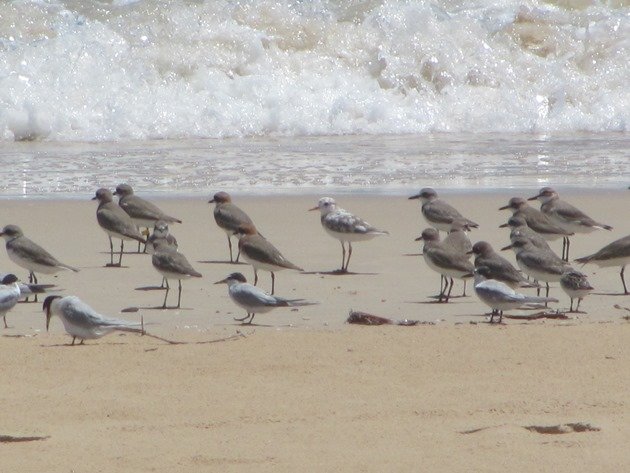 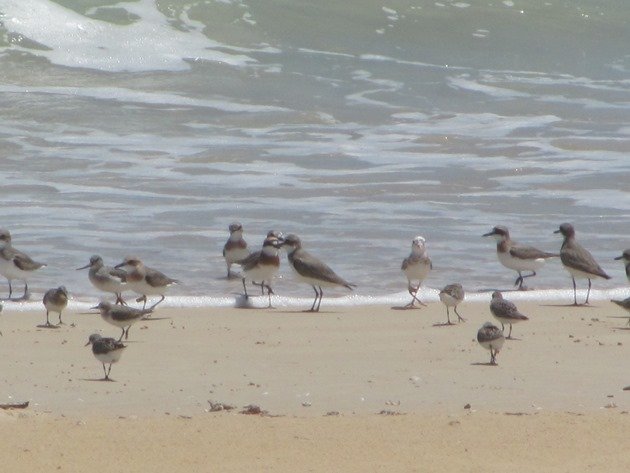 The flocks of shorebird have been very large on Cable Beach over the past week with the bigger tides, but we have always been able to find Greater Sand Plover “LBR” with ease, because it is always on the outer edge of the flock. It also makes it easier for photographing an individual with a small camera! In the below photo taken on 14th March Greater Sand Plover “LBR” was as usual on the edge of the flock and the plumage colouring on its back stands out as being different to the other shorebirds around it. 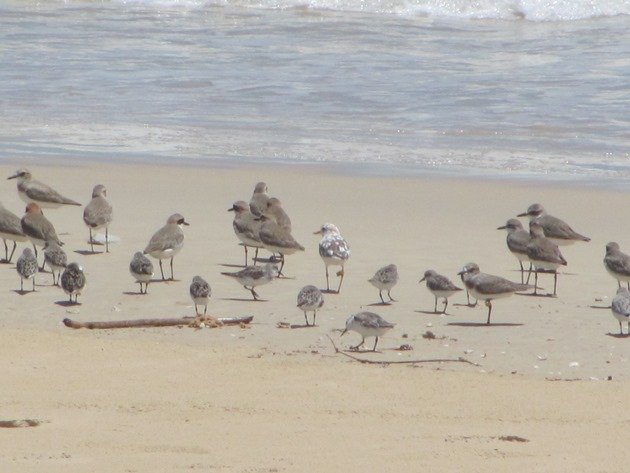 This most recent photo of Greater Sand Plover “LBR” on Cable Beach after the tide had turned was taken on March 16th and it was apart from the main flock as usual. Looking through the scope the legs and bill are possibly paler now than a few weeks ago and only time will tell what further changes we will see with this individual Greater Sand Plover. 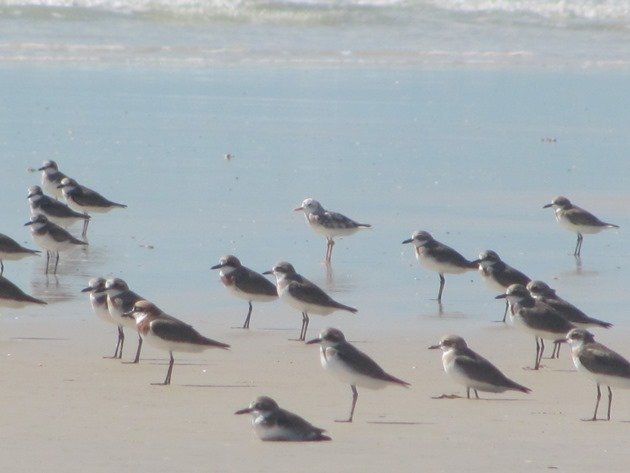 We will continue to observe this individual Greater Sand Plover until it migrates and then there will be the long and nervous wait to see if it returns later in the year and what colouration it will present at that time.

Essentials For Packing When Birding Anywhere In The World 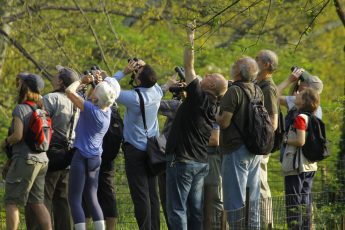