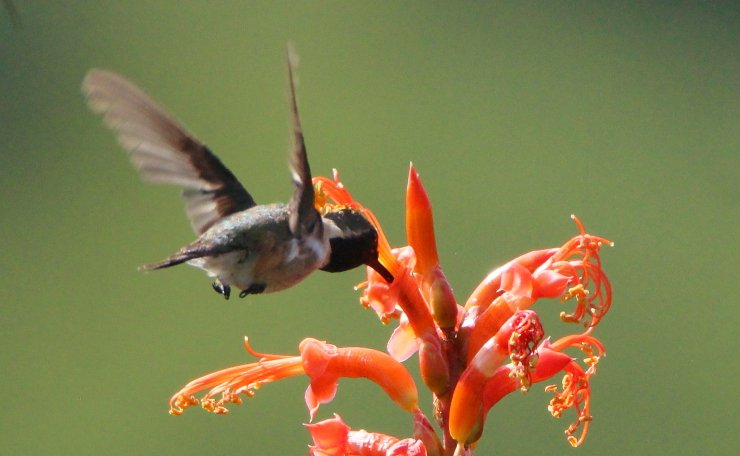 Since I am an evangelical pastor down here in Mexico, I always feel a bit odd when I give visiting birders their first encounter with Lucifer. Of course, in my defense, this is not the actual Prince of Darkness I am talking about, but the Lucifer Hummingbird. And as a further clarification, it is generally agreed that this species’ common name comes from the original meaning of the name “Lucifer”, which is “light bearer”, referring to its bright gorget, and not from some demonic avian characteristic. Still, the irony is not lost on me.

The Lucifer Hummingbird is, depending on whom you consult, a small- or medium-sized hummingbird, with a length of 10 cm, or just under 4 inches. (Here in Mexico we have many hummers that are much larger, but most hummers in the United States are indeed smaller.) The male Lucifer has a long forked tail, usually held in a closed position, which explains its alternate name of Lucifer Sheartail. Males have an iridescent magenta gorget, longer on the sides than, say, the gorget of the Ruby-throated Hummingbird. Its crown and back are greenish, with buff/green-to-dirty-white underparts. 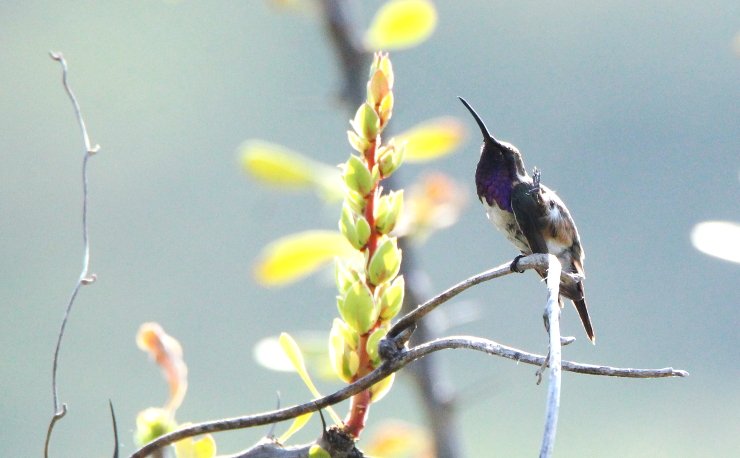 We males are all the same. When we have an itch, we scratch it.

Female Lucifer Hummingbirds have a short tail, greenish upperparts, and rich buff underparts. Females are a bit larger than males. Both sexes are distinguished by their curved bills; in my region, they are the only hummers with such a curved bill. 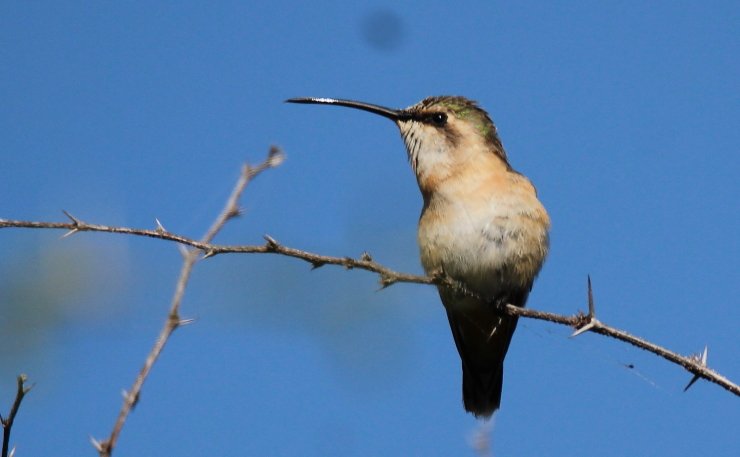 You will know them by their nose. 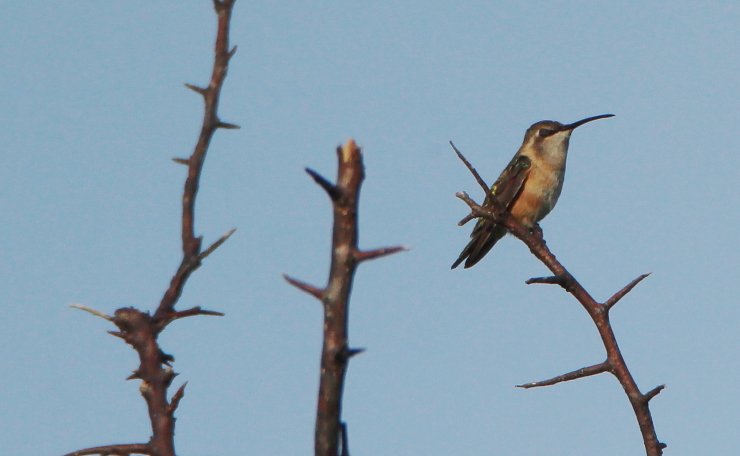 Several sources I consulted mentioned the Lucifer Hummingbird’s taste for feeding on agave flowers. Those are apparently their main nectar source during their summers in the southwestern United States and northern Mexico. But in my beloved birding grounds of Paso Ancho, where considerable numbers of Lucifers spend the winter, their dominant food is the orange flowers of Fouquieria formosa. In fact, each and every one of the Lucifer photos in this post show the birds perching or feeding on this plant.

This plant is in the same family as the classic Ocotillo of the American Southwest. If you have seen an Ocotillo, you know it looks like a bunch of spiny stakes pushed into a single hole, which leaf out and bloom in response to seasonal rains. Our local version, however, has a tree-like shape, branching well above ground level. Put it together with a male Lucifer Hummingbird, and you have quite a show. 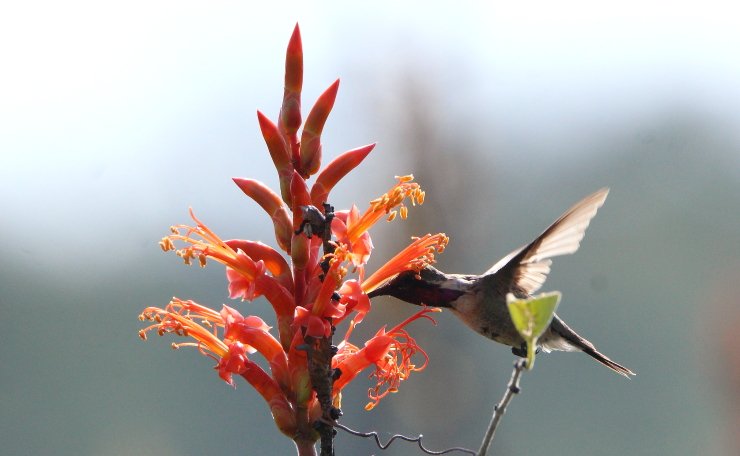 See? Quite a show! And, by the way, you can just barely see the split tail here. 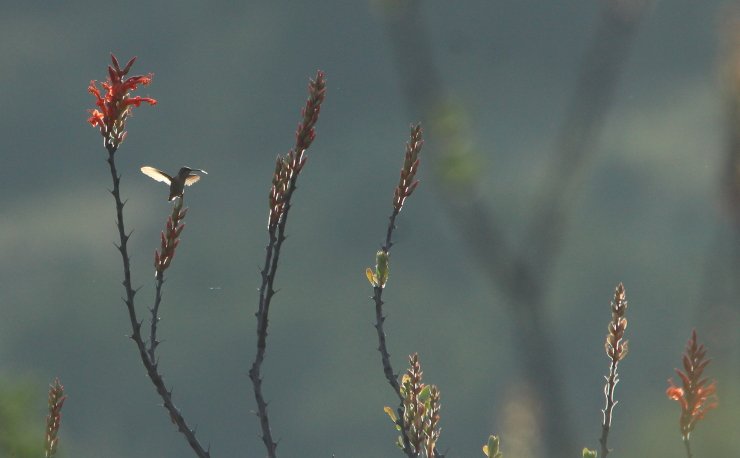 Here’s a female seen from afar, for size perspective.

Unfortunately, in these times in which we are living, I am doing almost all my birding alone. So I won’t be introducing anyone else to Lucifer in the near future. All of last week’s encounters with Lucifer, and another Lucifer, and many more Lucifers, were my own.

All the photos in this post are from Paso Ancho, Michoacán. And all, except for #3, are from October 18th of this year. I’ll throw in a fun bonus photo from the same outing, which leaves no doubt whatsoever as to why Mexicans call the Rose-throated Becard “Degollado“, which means “one whose throat has been slit”: 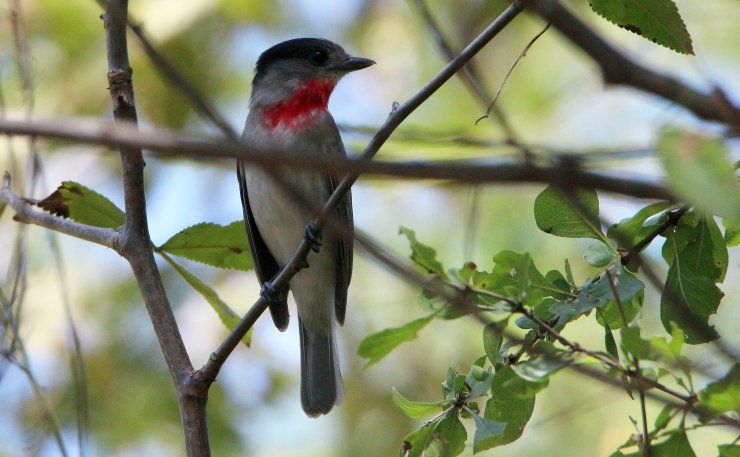 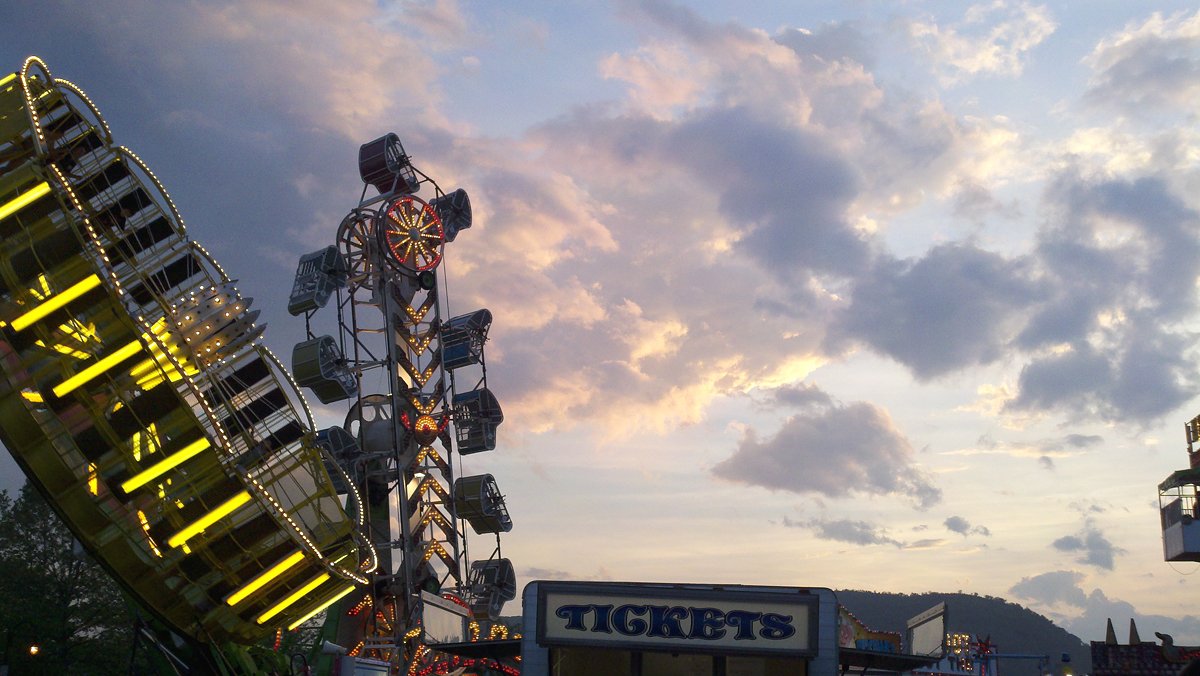 Where Are You Birding This First Weekend of July 2013?