For many North American birders, wood warblers represent everything exciting, compelling, and immediate about birding. The desire to better understand these avian jewels impelled me and surely many others to take up bins, and their spring arrival in my part of the world represents one of the most joyous–but far too brief–spans on our birding calendar. Yet, somehow the fascinations of wood warblers have distracted us from the glaring mistakes made in or perhaps on their names. Simply put, far too many American wood warblers are poorly named, beginning with the original sin of lumping them in with the Old World genus Sylvia, despite neither a genetic relationship nor songs that sound anything like traditional warbles.

That fallacious family name seems to have encouraged all manner of knaves, dunderheads, and miscreants when time came to label species. Most of the warblers south of the border escaped this ignominy; those Basileuterus and Myiothlypis species generally appear exactly as advertised. North American warblers, on the other hand, often bear names of, at best, marginal utility. Most of these erroneous appellations, which fall into three general categories, can and should be rectified. Consider some examples: 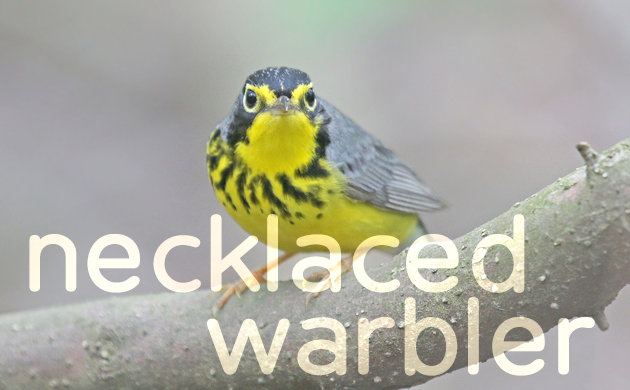 NAMED FOR OTHER BIRDS
The American Redstart takes its name from a line of Old World flycatchers in turn named for their red tails (from the Anglo-Saxon word “steort“). The International Ornithological Congress (IOC) set the tone in differentiating most New World redstarts from their unrelated namesakes by renaming all the Myioborus warblers Whitestarts. Somehow, the northernmost redstart in the Americas didn’t receive the same treatment. Fortunately Caribbean nature lovers have already provided some possible solutions. In Jamaica, this winter resident is sometimes called Butterfly Bird or Fire Lantern. Both names suit a species with such a fluttery flight, but my preferred Fire Lantern also evokes how the red in the male practically glows in shady woods. 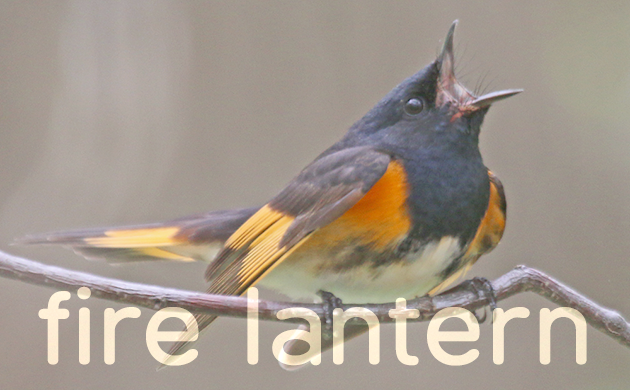 NAMED FOR PEOPLE
Naming bird species for people often carries all sorts of unexpected and sometimes unsavory connotations. Even worse, such sobriquets obscure insight into the birds themselves. For example, the legendary ornithologist Alexander Wilson happened upon in his broad travels a warbler previously undescribed by science. According to Rick Wright–who I consider an authority in all matters related to avian etymology–“Wilson called his bird, deposited in Peale’s Museum under the catalogue number 7785, the “Green Black-capt Flycatcher,” and assigned it the latinizing binomial Muscicapa pusilla, in recognition of its small size.” Only later did someone else dub the jaunty yellow bird Wilson’s Warbler. I say we honor Wilson best by taking a cue from his original intent and call what is now Cardellina pusilla the Black-capped Warbler.

See how easy and illuminating a logical name change can be? Instead of Kirtland’s, go with Jack Pine Warbler. Lucy’s Warbler makes much more sense as the Mesquite or Sonoran Warbler, since Desert Warbler is already taken. Virginia’s Warbler–which never turns up in Virginia–can be the Big-eyed Warbler. Appropriate appellations should respect the birds, not 19th century naturalists and their friends and family.

As final evidence of the madness of this particular convention, can you believe that one of North America’s most stunning songbirds was named not for its beauty, song, or behavior but to honor either the owner of London’s Blackburn Museum, naturalist Anna Blackburne, or Anna’s brother Ashton, depending on your source. Another useless blandishment lost in time requires immediate rectification. Audubon accidentally named this species Hemlock Warbler, which isn’t bad. I’d prefer something descriptive like Flamboyant, Orange-throated, or Fire-throated Warbler, but feel free to incorporate other evocative nicknames like fire-brand and torch bird. 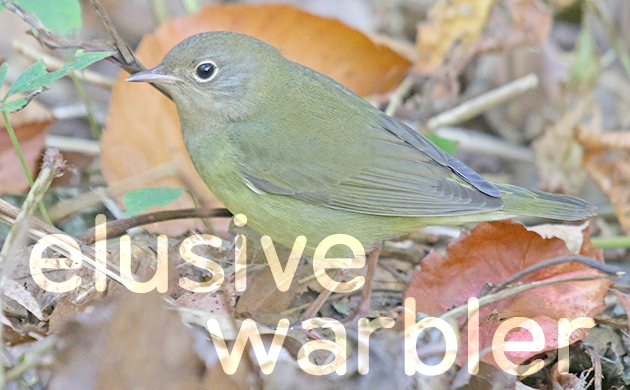 NAMED FOR PLACES
Naming a bird species for the part of the world in which it breeds or resides makes sense. A number of Caribbean warblers are known by the islands to which they are endemic. Even Canada Warbler (which should really be rechristened Necklaced Warbler) breeds almost entirely in Canada, which is far more than can be said for the Canada Goose!

Bad place-names, on the other hand, make for bad birding. Back to old Wilson, the Father of American Ornithology himself was–according to An Inquiry into the History of the Current English Names of North American Land Birds by Spencer Trotter–responsible for some of our most egregious place-name mistakes, based on the warbler specimens he first captured in Kentucky, Connecticut, Tennessee, Nashville, and Cape May. Not only do these species lack any special attachment to the areas in question, but Wilson earns extra demerits for mixing states and cities with a decidedly unscientific sloppiness. How can we rectify these errors? With ease…

The Kentucky Warbler has no particular affinity with bluegrass. Instead, you’ll find it in thick deciduous woods. Pete Dunne’s Essential Field Guide Companion dubs this species with a suitable moniker that speaks to both appearance and habitat: Masked Forest Warbler.

I love Nashville Warblers from every angle. From below, they kind of resemble lemons, but this probably doesn’t rise to the level of name-worthy. Nor does it need to, as the bird’s French name Paruline à joues grises translates nicely to Gray-cheeked Warbler.

Connecticut Warblers are rarely seen in Connecticut or anywhere else for that matter. Names like Gray-hooded, Eye-ringed, or Spectacled that describe the bird could work, but most chasers would agree that the species deserves to be called the Elusive Warbler.

Tennessee Warblers may be fairly drab by the prismatic standards of this group, but they certainly get around. In fact, Tennessee Warblers are the most abundant warbler in the coffee plantations of Central America in winter. Take a clue from their scientific names (Oreothlypis peregrina) and anoint them the Wandering Warblers.

Last but not least, Cape May Warbler may be the worst name of a bad lot. Again, the scientific name of the species (Setophaga tigrina) already includes the ideal appellation, don’t you think? 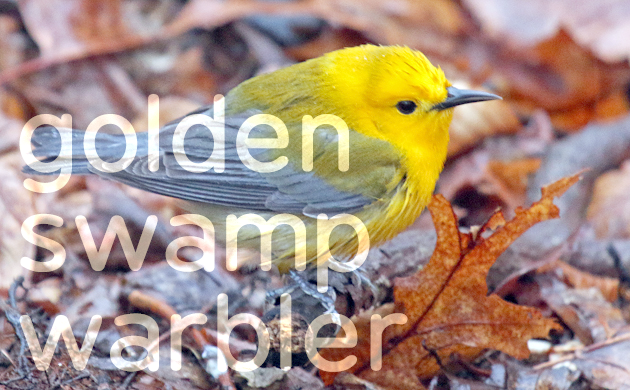 Why throw good money after bad by perpetuating old naming errors? Common bird names are changed all the time, sometimes for the worse. For example, Audubon described Protonotaria citrea perfectly as Golden Swamp Warblers, but the species eventually acquired a more ecclesiastic (maybe) cognomen. Then again, Geothlypis trichas was ever so briefly called the Maryland Yellow-throat, but cooler heads recognized how very common this warbler was. With sufficient will and imagination, we can give all the warblers we love the names that they–and we–deserve.

What warbler would you most like to see renamed and what is your alternative?