Seeing as this is the last month of a pretty great year here at 10,000 Birds, I thought I would celebrate December of 2008 by trying to write the month in review in verse.  This might really suck but it might be good too…but before I get into that I’d like to wish everyone a healthy, happy, and bird-filled 2009!

The month of December here at 10,000 Birds was unique
For the first time ever we featured review week.
Mike started us off with a nifty critique
Of a book about eggs and nests that some birders seek.

Charlie continued the trend as we should all expect
And to Rare Birds Yearbook 2009 he did genuflect
(Well I guess he did not do that literally
as it would be odd to go before a book on bended knee).

Then another review, this one by Mike
And Audubon: Early Drawings he certainly liked.
But then there occurred a brief interruption
As Jory’s ID Quiz number nine caused a nice discussion

About the migration of California Quail.
And then, wonder of wonders, Mike did not fail
To see a Snowy Owl (though it took Charlie a bit
To hear of Mike’s sighting: he was wearing (and reviewing) headphones, the git).

A waxwing-laden post was the month’s first skywatch
And then Corey reviewed a book he considered top-notch.
And on the month went, with some birds seen in New York, upstate
And another review, of a book Mike did not hate.

Then Charlie announced a contest for a Sharpe’s Longclaw slogan
And the puns were thicker than an Irishman’s brogan.
Next up? Another review, my dear readers,
Of a book written by South Africa’s birding leaders.

And then, wonder of wonders, Mike found another owl!
Leaving those owl-less with naught but a scowl
And some pretty good pictures as he got a good view.
“What next?” you might ask, another review!

Then Mike wrote a post on the technical parts of blogging.
The post had no birds! So, Mike’s due for a flogging.
Next up was another blogging-type post,
A meme on what birds are wanted the most.

And then, again Jory stepped in to host
Another Avian ID Quiz (and I don’t like to boast
But 10,000 Birds has picked up the bestest quizmaster.
He thinks up a quiz very much faster

Than I can find a bird in a guide.
Which is why I mooned and I sighed
When Mike reviewed a new kind of field guide
I’m telling you this gadget leaves me fit to be tied).

Next up on the blog were birds coming for seed
And then Mike asked “Where are you going for the birds that you need
On this second weekend of the month of December?”
He followed that up with an I and the Bird of which Mike is the founding member.

Then on to India so we could envy Charlie
More than a Honda rider envies a Harley,
Or those that can’t bend their minds around Jory’s clues
Envy those who certainly can and do.

And then on to the famous Central Park
Where Corey went birding, you know, for a lark
(That lark bit was meant not to be
Taken as written, in other words, not literally).

Then, holy crap! The unthinkable occurred
(And you don’t have to just take our word
You can see the pictures to prove we’re not liars foul)
Mike found, for the third time in one week, a species of owl!

From western New York to Dorset, UK
Was how far our blog traveled in one mere day
For after Mike broke the owl-finding cipher
Charlie posted a post about Purple Sandpiper.

Then back to America, this blog travels fast!
And Mike explained how CBCs came to be in the past.
Then, the end of an era, so you’d better act quick
To get an “I Brake For Birds” sticker that on your bumper you can stick.

A guest blogger than wrote a story of swans that did breed
And Mike once again asked where we were going for the birds that we need.
Then Charlie shared some pictures of Herons, Indian Pond
And Mike talked of the solstice, when witches wave wands.

Man, that last stanza was weak, I’m starting to flag
Witches waving wands? This poetry’s becoming a drag.
Hopefully I’ll stay more at the top of my game
When the Bloggerhead Kingbirds seek fortune and fame!

And hopefully those gulls at me aren’t laughing
Or Mike and Charlie might find themselves staffing
A vacancy in our wonderful blogging niche.
Though I for one would gladly switch

A vacancy here for the one that we found
Next to Yellow-bellied Sapsucker on the checklist last time around
On the Queens County CBC, Forest Park Sector
A vacancy for which we should have been hectored.

Mike was glad his empty spot to fill
On his life-list by writing in White-winged Crossbill.
And you can check out Lesser Flamingos
On a webcam…

I can’t do it anymore. I made it up to December 23, and, well, my head hurts and no one should ever try to write a rhyming month in review post. I just don’t think I can go on…Wait, what’s that Mike? If I don’t finish you’ll replace me with a monkey chained to a keyboard? I was just kidding about the flogging!  Do you really think that the monkey could do this? What? It’s a really smart monkey? And it has more birds on its life list than I do?  And it will blog for bananas?  But that’s more than what I get!  Fine, I’ll try to finish…but I want a banana.

For the new year we’ll be starting off right
With a series that should our readers excite.
Charlie’s brainchild, a month worth of posts
Celebrating parrots, what can we say? We’re the hosts with the most!

Such good hosts we are that we had Jory again
He is churning out quizzes with his mighty quiz pen.
Mike even wrote about the twelve days of Christmas.
Were there an award for bird blogging we’d certainly clinch it!

There was one weekend left in December
And Mike asked where you were going for some birds to remember.
Charlie wrote about some Common Gulls kamtschatschensis
Oh, come on, how the heck am I supposed to rhyme this?

Never mind, onwards, the month’s almost done.
Seeing pictures of Eurasian Wigeons is certainly fun.
So were our top 10 birding moments of 2008
Which we might have posted early, but that’s better than late.

Corey was amazed by the rare owl he saw
And Mike, by sharing his Rio Grande Valley birding experience, left us all in awe.
We ended the month (and the year) not with a whimper but a bang
As Jory had a quiz anagrammed!

Hopefully I managed to hold off being replaced by a monkey. As I said way back at the beginning of this post, have a happy, healthy, and bird-filled 2009 and may you never face the existential threat of replacement by monkey!!!

Get Your Gravatar On 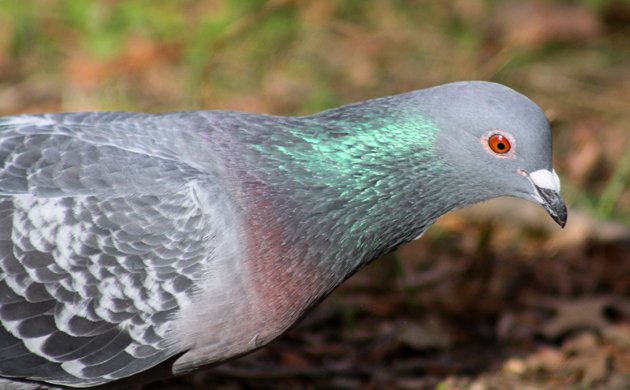 « Previous post
Where Are You Birding this First Weekend of January 2009
Next post »
Help, I’m Stuck at 399!