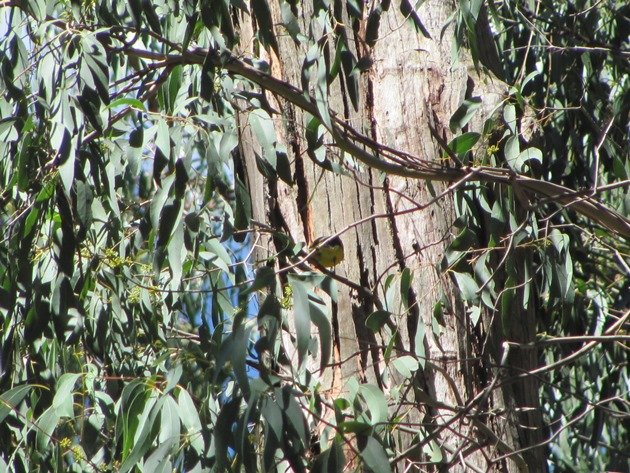 Last Sunday Grant was able to leave work in the afternoon and I had researched options of places we could get to within one hour of the city of Melbourne using public transport that would offer us some birding opportunities. We wanted to try and observe some of the bush species that we have encountered in the tall trees of New South Wales on previous holidays. Although the tall trees can be challenging they can also be very rewarding. A prime example of tall tree birding and its challenges is in the photo above, which is the best I could do out of the three Golden Whistlers that presented themselves to us on Sunday! I could almost do a post just on rear ends of birds high up in the canopy! It is also a good idea to bend your neck back slowly before you enter the tall trees and remind your neck that it will be looking up high for some hours or your neck gets a sudden shock when you suddenly look up for the first time! We just don’t have tall trees in Broome due to the cyclonic winds we get during the cyclone season and we rarely need to look up high for birds!

It is very easy to get to the Dandenong Ranges by public transport from the city of Melbourne by taking the Belgrave line and it stops at every stop until you get to Upper Ferntree Gully. You then disembark and follow the trail approximately 800 metres to the Ferntree Gully section of the Dandenong Ranges National Park. In those few metres we encountered Pied Currawongs, Australian Magpies, Eastern Rosellas, Crimson Rosellas, Red Wattlebirds, Superb Fairywrens, Brown Thornbills and Grey Fantails. We were a bit overwhelmed by the number of vehicles and the number of people when we arrived on a cool, but sunny Sunday afternoon. We stopped for a hot drink from our thermos in the picnic ground to observe what was around us and soon we found Spotted Pardalotes, Sulphur-crested Cockatoos, Common Blackbirds, Little Ravens, Noisy Miners and Yellow-faced Honeyeaters. It is incredible how easily a Crimson Rosella can blend into the tall trees despite its red and blue colouring. We watched the majority of people heading up the steep slope towards One Tree Hill and we took the small trail to follow the Acacia Track and we were alone with the birds and tall trees. The Mountain Grey Gums are incredibly tall and to demonstrate the height I can only add a photo in part to emphasise the challenge of birding these tall trees! I have managed to chop the top off the trees and that is where the birds are most likely to be found! We also had to remind ourselves of familiar sounds that we had heard before, but could not instantly remember the species. We spent several minutes looking for the culprit of some loud sounds coming from the tall trees and looking for any movement. Invariably the noisy birds were not dull and small, but brightly coloured like the Crimson Rosellas, Golden Whistlers and the Eastern Yellow Robins. The bush is dense, tall and challenging for photographing birds to say the least! The nature trail continues in a loop and you enter an damp, lush area of Fern Trees. They are also tall and offer plenty of places for birds to hide. We were listening for not only bird sounds, but bird movement and also any leaf movement. It did look like the sort of area that you may hear the Eastern Whipbird, which does indeed sound like a whip cracking in the forest. There was no sound of the bird calling, but we came across several pairs busy turning over the leaf litter to find food. When an Eastern Whipbird is searching for food it has no intention staying still for the photographer present, so although it is not high up in the canopy it adds more challenges! The next challenge was discovering what was making “kissing” sounds at us from high up in the trees. There were several species of honeyeaters in the area, but getting a good look took some time. We finally had several birds come down to a lower level and established we had White-naped Honeyeaters. There are several honeyeater species that are quite similar and you need to establish the colour of the eye-brow and other markings if you are not familiar with the sound of each likely species. One was quite happy to feed high directly above me. There’s part of a spider web across the bottom of its tail! Our next bird encounter came as we saw some people heading towards us and it was a surprise that I managed to not only get a photograph and identify the bird before it was disturbed. Thankfully, White-throated Treecreepers are happy to continue feeding up the trunk of a tree and not necessarily just fly off! Once again a dull part of the forest with its challenges, but it had found a good spot to feed as it investigated the trunk of the tree for insects. We completed the loop of the nature trail and it took about one and a half hours at a very leisurely pace. We spent more time stopped searching among tall trees for birds than we did walking! We only encountered a handful of people in the whole time and it is a quiet and peaceful walk to do even on a very busy Sunday.

We then decided to challenge ourselves to the Lyrebird Track, followed by the Link Track and Bellview Terrace to complete a loop to return to the entrance and then the train station. It was an extremely busy climb up the Lyrebird Track, due to the Kokoda Track Memorial Walk (incorporating the 1000 steps) being closed for repairs. Everybody wanting an exercise challenge that sunny Sunday was out in force! Had we been more used to climbing steep slopes we may not have needed to stop at intervals to get our breath back. Then we would have most likely not observed the four Australian King-Parrots sitting quietly in the tall trees part way up the steep ascent! The advantage of needing to stop is that you will observe birds you would have missed had you been jogging! In the area where the walks start from there is a display on the Kokoda Track and the history of it and its meaning to all Australians. In 1942 in Papua New Guinea, whilst fighting a Japanese invasion force, hundreds of Australians died in what was one of the most significant battles during the Second World War. As hundreds of people passed by last Sunday there was one observer high on top of the “courage” post and it remained unnoticed by the majority of those that passed by. One more mischievous Laughing Kookaburra! Although it can be rather disconcerting to see so many people in a National Park on a sunny Sunday afternoon, we are pleased we visited and would happily return. There was plenty of room for those that wanted to exercise to head in one direction and for nature lovers to head off alone to enjoy the environment. Just remember to be ready to look up very high! 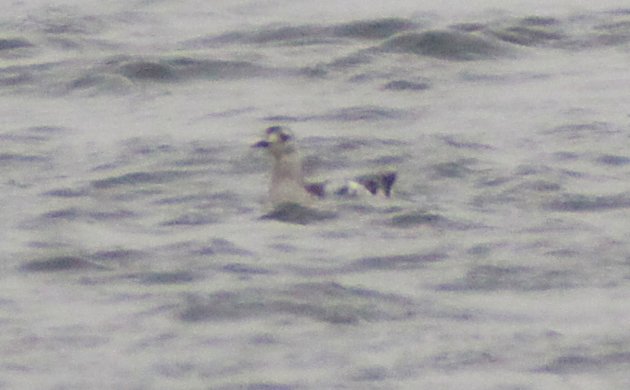